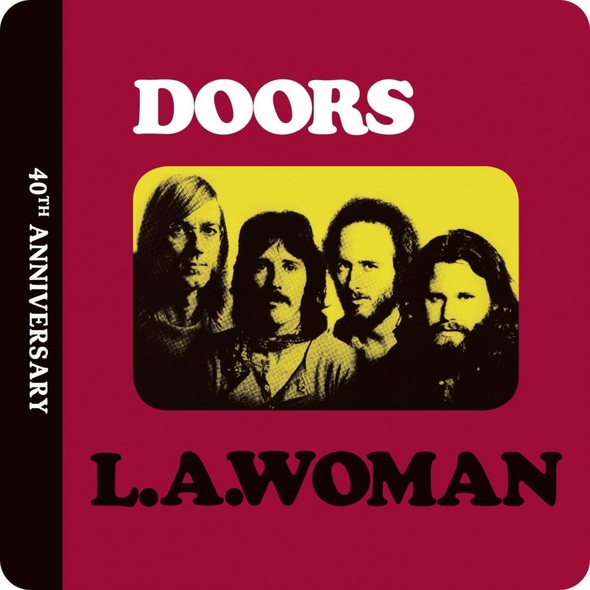 Needless to say, L.A. Woman is the most perplexing album in The Doors’ far-too-small discography – certainly not their most tuneful, clearly their least psychedelic, but filled with way more compelling energy and unabashed power than anything else they ever released. And, of course, there are exceptions to all those rules: Though this album is certainly not a hits package, there’s no denying the melodic wonder of “Love Her Madly,” with Morrison’s surprising and subtly shaded vocal and Manzarek’s lounge-y tack piano and Vox organ. “Riders On The Storm” is the album’s lone toe-dip into spacey texture, allowing Manzarek a chance to stretch his legs with his fierce Fender Rhodes arrangement and Morrison with his compelling lyrical imagery. And the surging title track (along with bass-fueled opener “The Changeling” and the oddly compelling “The WASP”) easily earn their place in the classic-rock pantheon with fiery performances and production (courtesy of Bruce Botnick) that frames every sound perfectly.

The Doors ended their classic period deeply entrenched in bluesy texture, gazing in the rear-view rather than cruising forward, but with the strength of those previously mentioned tracks, they managed to scrape together another near-classic before Morrison’s untimely death only a few months later. Still, diehards may argue, but there’s no overlooking the filler: “Cars Hiss By My Window” gives the album a nice laid-back breather, but the standard blues progression feels second-hand, and Morrison’s living room observations fall flat straight out of the gate; “Been Down So Long” features some nice counter-riffing from Krieger and studio guitarist Marc Benno – and not much else. But The Doors were never strangers to filler, and at least this batch features top-notch playing (There’s truly no underselling Scheff’s deft bass touch).

Though this remastered 40th Anniversary Edition tightens and polishes every tone, L.A. Woman isn’t exactly a studio marvel. Morrison’s vocals still feel poorly mixed, fluctuating in volume and clipping into the red on hoarse-voiced screams (like on the title track’s infamous “Mojo Risin’” climax). But regardless, the music’s never sounded better, and the second disc of alternate takes (complete with charming control room banter) is often jaw-dropping, particularly the bouncier alternate “L.A. Woman” (which might actually feature a better Morrison vocal) and “Riders On The Storm,” which shows the band grooving at its most unhinged, with louder storm sound effects and Morrison curiously referencing the theme from Rawhide. It’s both hilarious and sad – the thrilling sound of a band imploding at the hands of its fearless leader.