“I’m just a singer who has a small ability to write a very niche category of songs.”

Joshua Hedley, singer, fiddler, sideman and occasional, begrudging songwriter is on the phone. It’s late winter and Hedley is preparing for the spring release of his Third Man Records debut, Mr. Jukebox. Despite having a whirlwind of buzz about the release, Hedley is as humble as ever, the same dude American Songwriter has seen for years sweating out four-hour sets in the honky tonks of Lower Broad, Music City.

“It all derives from listening to country music for so long. It’s just a thing I know how to do.”

A honky-tonk lifer at just 33, Hedley started playing bars when he was ten years old. He is a musician’s musician and beloved by bartenders citywide. His sets at Robert’s Western World are the go-to after work entertainment for the people that keep the machinery of Music City lubricated. His work ethic and artistic aesthetic are inextricably intertwined, the agony and ecstasy of a life drenched in neon light informing  every weary moment on Mr. Jukebox.

“If you want to get down to it, I started writing songs a long time ago, but I didn’t start writing listenable songs until fairly recently,” Hedley tells American Songwriter. “I was 28, maybe, and I wrote a couple songs. I was playing with Johnny [Fritz] at the time and he would let me sing those songs at his shows. He’d hand me the guitar and let me sing a couple songs there in his set, and I found out that people liked them. And I kind of liked them too, you know?

“I was singing those songs and people seemed to respond to them and like them, and I was like, ‘Well shit, maybe I should write some more.’ But I was so fucking drunk all the time that I never did it, I never wrote any. I didn’t write shit for years. And then I got sober at 31 and something happened, something clicked, and I just started writing. That fog lifted or whatever, I had a lot more free time, I wasn’t sleeping until 5:00 p.m. every day and I just started writing. Man, I probably wrote 20 songs in three months.”

That cascade of tunes would form the majority Mr. Jukebox, an album of classic sounds that connects with Nashville’s pre-outlaw peak that, for all of it’s vintage details and studied sonics, doesn’t sound like an album stuck in amber. Hedley’s encyclopedic knowledge of Golden Era country — a by-product of a career/life playing cover songs — opens up a world of possibilities, giving the decidedly retro forms a fresh and modern feel, creating a synthesis of the mid-century’s best ideas.

Hedley manages to carve out his own space while still being clearly indebted to the legends of the artform. It is a balancing act that few could execute, especially without the pop-culture references and brand endorsements that have become essential in Music Row writer’s rooms.

Songs like “Let’s Take A Vacation,” with its laconic vibraphone and romantic croon, have more in common with Glen Campbell at Goldstar studios than “Margaritaville” and iHeartRadio, while still sounding essentially Nashville.

“Don’t be against co-writing. There’s a lot of songs I have that I wouldn’t have gotten written if I didn’t ask for some help with them. I know co-writing in Nashville gets a bad rap because you’ve got all these new country songs that have, like, eight writers on them, but if you’ve got a song that you think is good and you can’t think of the second verse, ask your buddy to write a second verse for it.

“That came from [Jonny] Fritz. And that came to Fritz from Guy Clark. Johnny asked him about co-writing — Jonny wasn’t really a big fan of co-writing — and [Clark] was just like, ‘Is that song gonna get written if you don’t co-write?’ And Jonny was like, ‘Well, no,’” Headley explains. “Not everybody’s Roger Miller, not everybody is Willie Nelson … Those guys didn’t really co-write, but I’m not Willie Nelson, that’s for damn sure.”

It’s that same humility that fuels tracks like the self-effacing road-waltz “Weird Thought Thinker,” with its romantic strings and contrabass harmonies, the buoyant and bashful “Let Them Wonder,” and title track “Mr. Jukebox.” Hedley’s big voice and brilliant band craft intimate, romantic love letters to the audience and art form. They are love letters to the genre — its history and its future. Hedley may be mining “a very niche category” but he manages to find the universal within it all.

“But that’s why I don’t really consider myself as much a songwriter as just a singer who can write songs sometimes.” 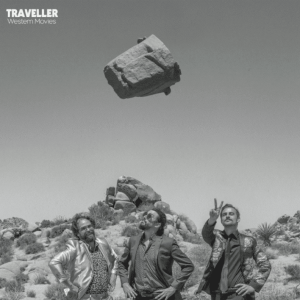 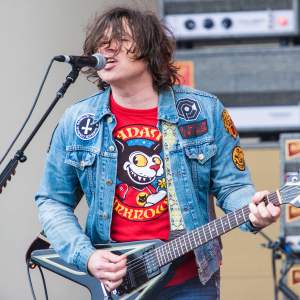