Love and loss vine together as ramblin’ red roses and barbed wire. JP Saxe’s voice is a musical delicacy with a tender, yet forceful, precision across 13 songs. Dangerous Levels of Introspection, his long-awaited debut record, pokes through noisy social feeds and blaring headlines to cut deep into the heart of the matter. Life’s impermanence ripens as sharply as new-found romance, an unlikely exchange between life and death, light and dark, joy and pain.

Three years of journaling led him through the weeds of some necessary emotional work, and now, he pours it all into collection of viscerally-poetic and earnest songs. “Separate from being a writer, journaling is where I have conversations with myself,” Saxe tells American Songwriter over a recent phone call. “I find all of my writing is really conversation-based. I find I’m most stimulated there as a person.”

It had long been a goal to write and record an album, but he needed to make sure as many pieces were aligned as possible. “I just wanted people to give a shit by the time it happened. About a year ago, things started to go a little bit better in my career,” he says. “I’m really hoping this album gives me the gift of traveling around the world.”

Quarantine, of course, had other plans, yet Saxe’s natural waves of creativity remained largely unaffected. “Every few months, my brain is in a different sort of place. I could be in a really creative zone for a month, and then, in the two weeks, I don’t really write because I’m feeling like shit. There were definitely parts of quarantine where I was not very creative, and all I wanted to do was watch ‘The Bachelorette’ with my girlfriend and play Bananagrams. Then, there were times when I couldn’t sleep, and I was up journaling all hours of the night and coming up with song ideas and running into the studio and putting it down.”

Saxe cracks his heart wide open with “4:30 in Toronto,” a plaintive primer finding the singer-songwriter gliding through wondrous halls of his childhood. Home don’t feel like home in a hotel room, he heaves over minty piano keys. An evocative performance, smooth and wistful, the album starter began in a Toronto hotel room three summers ago while he was home visiting family and his father went in for surgery.

“It seemed scary at the time, but he ended up being totally okay. Both my parents lived in apartments that were too small for me to crash with, so I ended up being in a hotel,” he recalls. He’d stumbled in late one night from the bar, and he just couldn’t sleep. “I was missing somebody that I was kind of exhausted from missing─and I was feeling out of place in a city that used to be my home.”

So, in a move he calls “very reckless sentimentality,” he hopped in his car and went for a drive up to King City, a suburb lying outside of the city, to “see if the house I grew up in was still there,” he says. “I knew it had been sold, and it had been replaced by just the ugliest fucking house you’ve ever seen in your life.” When he returned to the hotel, right around 4:30 in the morning, he sifted his frustrations and melancholy into the journal app on his phone, which labels entries by time and location, thus “4:30 in Toronto.” Technically, there’s no deeper meaning than the title suggests, but its meditative center overflows as a raging river.

Such emotional probing charges its way throughout the record, not more evident than it is with the title track. I don’t want any of it back, but I miss how it felt / It happened so fast, I kind of miss myself, he unwraps over acoustic guitar, a subdued soundscape of other instrumentation and layered backing vocals leaving creases in the story. He unravels aching nostalgia unwillingly, towing the line between wallowing and simple personal inventory.

“I think there’s an amount of nostalgia and analysis of our own emotional self that really allows us to have a deeper emotional presence and experience in our life,” Saxe obersves. “And then I think there is an amount or a level of introspection and analysis that can just get out of hand and end up sucking your life up. This song is a recognition of those two things. There’s a lot of really exciting, beautiful, adventurous things in life, and I want to be able to reminisce and enjoy it, but not so much that I remove myself from the current moment. Five years from now we’ll be ignoring the present moment reflecting on the moment here right now.”

Human beings are naturally regretful creatures, forever at the mercy of our own minds that scream for better days, nestled among the ruffled fabrics of adolescence, puberty, and early adulthood. “I think I have selective memory,” he reflects on the matter. “My brain does a good job at erasing the mundane elements or the unpleasant elements. When I think back on being 20 in Los Angeles and sleeping in my car, I reminisce on meeting fascinating people and the places I’ve never been to, and going to open mics and sleeping on couches and it being a really exciting time.”

He quickly adds, “But what I’m not remembering is being stuck and exhausted all the time, because I was sleeping in my car and being scared to sleep the next night and thinking that I made a huge massive mistake by leaving Toronto in the first place and feeling like I ended up making all kinds of stupid, childish mistakes.”

Eight years later, Saxe’s determination and talent have resulted in one of the best records of 2021. “For Emilee,” an outlier on the album, both conceptually and musically, is among his most unexpected, rinsing his voice through scattered synths and other sonic prisms to unlock a charming, replenishing performance. “It’s the only song on the album that is not about my own experience,” he says, taking cues from a “broken friend. She’s actually doing much better now. In the context of the album, I thought it was cool to take a moment to step out of my own experience and be like, ‘Look, I’m really fucking bad at being heartbroken, but here are some of the things that I’ve learned from that.’”

The real sucker punch swings full-force with the closing track, the lullaby “Sing Myself to Sleep.” Through its gently gusting layers, soft coos subdued even the listener into a catatonic, but emotionally-drained, state, with Saxe addressing the death of his mother. I’m ok… but that’s not the point / Take it day-by-day, like there’s any other choice, he sings through parted lips. Maybe I’m a little too at ease / I didn’t always sing myself to sleep.

“I knew that the record would feel incomplete without a song like that. But it took me a long time to write it in a way that felt sincere,” he offers. “I wrote it in a lot of different ways, but it just didn’t feel quite right. It’s an emotion that was so important to me to represent on this album for a lot of reasons, personal and artistic.

“I do think it is the responsibility of artists to look a little bit closer at the parts of our life that are the most painful,” he continues. “If we can look at something really painful, and create a little bit of beauty out of it, then it allows others to look at the most painful parts of their life and maybe find some beauty in it, as well.”

Grief still pounding behind his ribcage, Saxe has “no idea” what he’s learned, if anything, from such unimaginable pain. “It’s not been long enough for me to have much clarity on it beyond the song on the album. I think that that song is 100 percent of any clarity that I have on that situation. And I’m glad it exists, because it reminds me that there is something beautiful in it. But I have come to no conclusions about it yet.”

Dangerous Levels of Introspection is far more than pages ripped out of Saxe’s heart. 13 songs speak to our collective sorrows these days, as we navigate various emotional strains of our own or we are busy turning to a friend of a friend of a friend who, like so many over the last 15 months, have suffered the worst life has to offer. 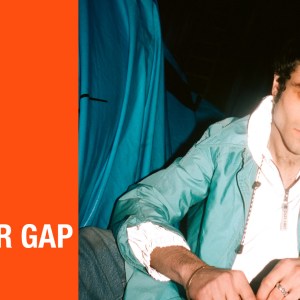 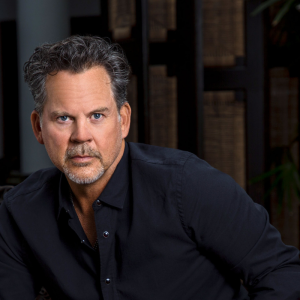