Nearly a quarter of a century into his country music career, Gary Allan says if he could turn back time to the country sound of his 1996 debut LP, Used Heart For Sale, he would.

“Something I never do is listen to my albums back once I finish them. Usually, all I can think is what I would still do differently and the older they are, the more I feel like that,” the vetted country star tells American Songwriter in an interview. “Used Heart was back when I was heavily influenced by Buck Owens and really classic country. I have grown a ton since then with my appreciation for the new music, while still trying to keep that old flare in it. My heart still belongs to all of the old stuff.”

On June 25, Allan returns with Ruthless—his first new album in over eight years, following Set You Free. The 13-track collection is a montage of the years since that 2013 release, which housed hits like “Every Storm (Runs Out Of Rain)” and “It Ain’t The Whiskey.”

The project began with almost 30 songs from these separate sessions. To narrow them down, Allan says, “I just had to live with them for a while.”

“I played them over and over in my house and I picked the ones that stood out the most to me. I typically cut 11-12 songs and pick 10 for the album,” he explains. “With so many choices, it was hard to narrow it down this time and I ended up with 13. And I think these 13 are the strongest from the mix and I am happy with them as the final album.”

Heavily influenced by the decades which shaped modern country music, Allan gravitates toward those traditional tones. He’s an evolving artist, no doubt, having endured 25 years in the music industry. But for Allan, remembering those roots allow him to expand in the country-sphere while remaining authentic to his artistry.

Hurd teamed up with Busbee and Hillary Lindsey on the title track, “Ruthless.” The dynamic construction of the song allows for several external influences and interpretations. Yet, Allan employs his signature, smooth vocals to conjure up congenial feelings of country yesteryear.

“I think a lot of these younger writers are influenced by that time as well, but they go about writing differently,” says Allan. “Many of the newer writers only use their computers. I still write using my guitar, a pen, and paper. I think that is rare these days, but it doesn’t mean you can’t get the same passion out of writing the way they do. It is just a different time.”

“Waste Of A Whiskey Drink,” penned by Josh Kear, Michael Hardy, and Mark Holman captures a ceaseless sentiment that transcends time and trends within the country music tradition. The music video, directed by Peter Zavadil and filmed at East Nashville’s Crying Wolf bar, unfolds around the lyrics, a cautionary tale told from a brokenhearted friends.

“SEX” utilizes a classic tool, the double-entendre, to approach a traditionally tabooed topic. McAnally, along with Nicolle Galyon and Matt Jenkins, took tongue-in-cheek to the next level: It turns love into drama / It turns girls into mamas / Yeah, that first time won’t ever let you forget/ Wouldn’t be here without it / Don’t like to talk about it.

The endearing “Unfiltered” exposes the 53-year-old artist’s age. Co-written with Blair Daly, Brad Warren, and Brett Warren, the lyrics profile a product of an older generation, raised on “Jesus, Mama, Cash, and Rock and Roll.” Playfully, the song takes back a word that was highjacked by the Millennials and Gen-Z, and throws it back with its original definition—to take something in without a “sugarcoat.”

“Pretty Damn Close” is Allan’s sole songwriting credit on the new collection. With the help of Buxton, Rodney Clawson, and Matt Warren, the enduring artist penned the love song often lost on more complicated pop production. Through this contribution—a true ballad—the troubadour reminds listeners that he still holds the key to their hearts, after all these years.

“‘I like the albums to take you on a whole journey,” says Allan, “makes you laugh, makes you cry, pisses you off, it’s got to draw an emotion out of you, or otherwise it’s not worth writing.” 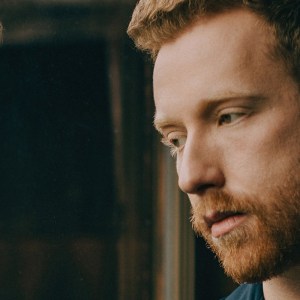 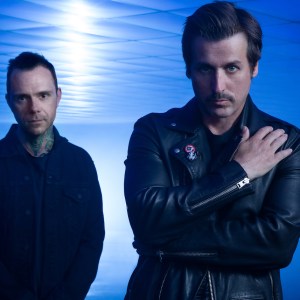