Long ago, in 2013, Captured Tracks attempted to bring together two of its rapidly ascendent singer-songwriter signees / guitar-wielding goofballs: Juan Wauters and Mac DeMarco. The duo joined forces to record some Beatles covers, but called it quits after a faulty tape machine derailed the project. While the tapes didn’t survive, the friendship did. Today, the indie rockers finally share their first official collaborative effort since then.

“Real”—featured below with an accompanying video—is a breezy, blissed out porch-rock bop about staying true to yourself and doing what you love. The track pairs Wauters’ carefree melodies with DeMarco’s sunny guitar licks, plus some rattling and grooving and twinkling flourishes. The video, meanwhile, shows Wauters and DeMarco cruising around Los Angeles by motorcycle, convertible, and horseback. Shot by Wauters’ close friend and trusted documentarian Matthew Voltz, the flick is exactly what you’d imagine an impromptu day of Wauters/DeMarco shenanigans to look like. Some highlights: DeMarco tumbles off a tiny dirt bike in the middle of a street, Wauters pedals head-first into a pool, and both musicians spot the other via telescope. Of course, this was all pre-pandemic.

We caught up with Wauters over email about his new single, his long-running creative relationship with Volz, and how he used Instagram to find a horse for the “Real” video. The Queens-via-Uruguay musician also gave us some more context about his new album, which totals 21 tracks and features additional collaborations with Homeshake’s Peter Sagar, Tall Juan, and others. Check out the full interview and watch “Real” below.

American Songwriter: When and where did you write and record the songs on your new record?

Juan Wauters: I recorded some of the songs in studios in New York, Los Angeles, Toronto, Mexico City, and London and some at my studio in Queens, New York. Initially the idea was to combine my songwriting with other musicians’ and compile the songs into an album but when Covid hit, plans had to be rearranged. I started the recording process December 2019 into March 2020, then I was often visiting studios and working songs with other people. Once Covid hit, I put everything aside and returned to the material in May and worked the album through the summer in New York.

AS: In a press statement, you mention that you and Mac DeMarco had been waiting to find a good collaboration opportunity for a while by the time this one came about. Had you already crafted the lyrics and/or music for “Real” before looping him in, or did you two start from scratch?

Juan: It’s not that we were “waiting” to do this. The thing is that the first time we met, we met because our label brought us together to record a song, the material we were working on that day got lost, so us getting together to finally work on a song closes that circle.

The songwriting was started from scratch. A couple of days prior I learned the chord progression used in the beginning from another song I like, so I had been playing that. That’s all. We built from that at the studio. In the mornings before going to his house I would wander through L.A. and think of possible lyrics. Then we would discuss them once we met. The initial idea behind the song was to make a song that celebrates us still doing what we love after all these years, celebrating all [that we’ve] been through to get to where we are.

AS: What’s the story behind the music video? Whose idea was it to make a joyriding-shenanigans flick?

Juan: When I met Mac he had just moved to New York and I introduced him to my Queens crew. We all became tight. Mac ended up living with two of my best friends so we shared a lot then. Once it came time to make a music video, we thought it would be a good idea to invite Matthew Volz. He is a longtime friend of mine and collaborator. He had lived with Mac. They are good friends as well.

We thought this crew could be good to set an easygoing vibe to make a video while hanging. It was all made on the go. Mac had thought it would be a good idea to ride horses on the video. I posted on IG “does anyone have access to horses in the L.A. area?” Someone named Hyatt wrote back and took us to a ranch to be with his neighbor’s horse. We bought a motorcycle off craigslist. We filmed a lot with the idea of having this type of footage, us doing things. Then it was edited by Matthew.

AS: As you said, Matthew is a longtime collaborator of yours. How would you describe the Juan Wauters-Matthew Volz aesthetic? Do you talk much about what you want these projects to look like, or trust him to deliver stuff that complements your vibes?

Juan: Matthew and I grew up together in Queens. We know each other really well. We have been around each other a lot so we have influenced each other immensely. That said, our aesthetic comes from that.

He is very protective about the way he does his work. He likes to work things through on his own. I definitely have an input but he crafts the videos himself. I trust him [to] do what he wants. I let it be that way.

AS: There’s a line in “Real” where you sing “As a reflex, I get on a plane.” Was Real Life Situations inspired by your pre-Covid travels?

Juan: RLS was inspired by a lot of things. That’s definitely one of them. The album was finished during the summer of 2020 so we were definitely under the Covid reign. This new lifestyle has definitely affected me and that is stamped throughout the album.

However, the song “Real” was made before all of this. That line you talk about, I think has to do with that feeling that a lot of musicians have, that feeling of wanting to escape an imposed reality. Then as we keep on touring, we become numbed to traveling and we do it as a “reflex.” All in all, I think that part of the song embodies what the song is about.

AS: Lastly, what have you been doing to stay real with yourself over the last tumultuous year?

Juan: I feel that I had time to look at myself and the world and think about what it is I want from this life. Before, pre-Covid, life was happening so fast that it was hard to stop and think. So I was definitely [staying] “real with myself” by stopping and thinking about my life. I make an effort to follow my intuition. 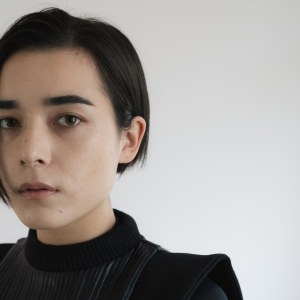 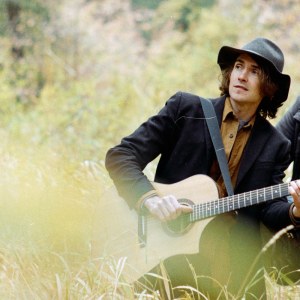