The somewhat oxymoronic nature of the name “Miss Grit” is apt considering the music of 23-year-old Margaret Sohn. The singer, songwriter and instrumentalist packs a captivating punch of grittiness intertwined with the delicate airiness of a voice fit for a Miss.

In her upcoming EP Impostor, which explores the struggles of impostor syndrome, Sohn proves herself on both the songwriting and production sides of the record.

Her most recent release, “Grow Up To,” continues Sohn’s playful exploration with different sonic qualities, something which she admits is quite intentional.

“I usually start with some kind of texture or tone that I relate to and want to build an environment around. Whether it be like guitar, or a synth sound—those are kind of the things that I usually gravitate towards at first, and then I usually write the lyrics last just because they’re the scariest part for me, and I tend to procrastinate that,” she says.

Despite her reluctance for lyric writing, “Grow Up To” as well as the rest of her EP relies on the delicate symbiotic relationship between her diction and production choices.

This song in particular is a wakeup call to all of us who simply cannot accept the present and always look to the elusive greener pastures of the future. This theme is coupled by the rising crescendo of distorted guitar and bass-heavy kickdrums.

“The opening guitar drone thing was something I had recorded a couple of months before writing the song. I really liked how crazy it sounded. It was what set the tone for everything else I wrote on top of it, it’s repetition and drive being the main forces,” Sohn shares.

As far as the subject matter, Sohn explains that it’s derived from an “ongoing obsession with what’s next,” which inevitably breeds dissatisfaction and is echoed sonically in the intentional “chaos and collapse” of the track.

The relatability which is at the core of everything Sohn releases is something that she finds happens on a subconscious level while singing nonsense over a working melody.

“When I’m creating the melody, there’s usually some word that pops out that just comes out of my mouth kind of unconsciously, really. It’s a weird thing that usually happens, but it’s like my subconscious kind of telling me what it wants the song to be about.”

Her intuitiveness with music brings about a wholly organic listening experience, like a compelling, unassuming, musical manifestation of inner turmoil.

Check out “Grow Up To” below and Impostor upon release February 5. 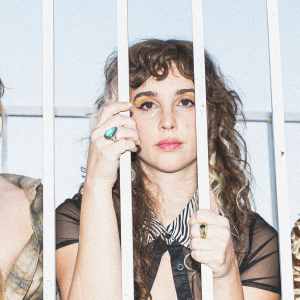 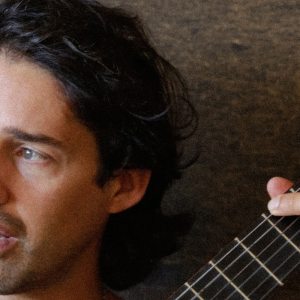