It has become hard to identify the seminal moment for when Juna N Joey made their big break. The obvious choice is having over 5 million views on YouTube, but taking part in DreamWorksTV Spirit Riding Free, or being runners-up in America’s Most Musical Family on Nickelodeon, as well as drawing the attention of America’s Got Talent and American Idol alums all certainly rank.

No matter the timeline, the real-time result is that the brother and sister duo are taking the country pop genre by storm. Recently the pair performed their rendition of “Mary Did You Know” for the holiday season.

“‘Mary Did You Know’ is a song that touched our hearts and the lyrics paint the beautiful journey of Mary’s birth to Jesus and recanted for the Christmas Season,” they told American Songwriter. “Mark Lowery and Buddy Greene give this song the simplistic tone which reflects the powerful ending that makes this song an eternal classic. We wanted to put our twist on it for this Christmas Season.”

The song opens with a simple piano accompanying Juna and her developed-beyond-her-years voice before Joey joins in a backup but not overpowered role, to fill in the chorus, allowing the harmony to shine for both performers.

The arrangement makes for one of the most unique takes on a traditional track and one that will assuredly it finds a way to many Christmas playlists.

Aside from the Christmas track, Juna N Joey have been taking part in anti-bullying projects including their song, “Anchor.” The song was inspired by a friend who was bullied at school, hurting herself in the process, and thinking of escalating her self harm. The high schoolers have first hand experience with this subject matter as their drummer Max Gegerson was involved in the Parkland shooting. The song “Anchor” is a song of hope and inspiration to find that person who can ground you, back you up, and protect you — you are not alone.

With an overriding message of hope and a consistently upbeat song choice, “Mary Did You Know” allowed for the simplicity of strong vocals to shine without the pomp of complicated arrangements. 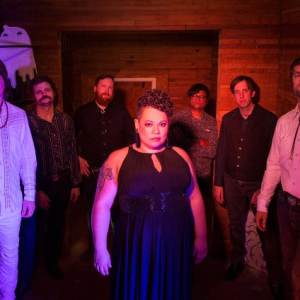 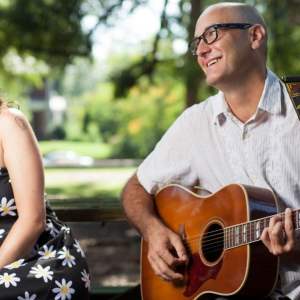