“Listen, the Snow is Falling” first appeared as a bonus track on Yoko Ono and John Lennon’s third and final collaboration album, 1969’s Wedding Album. It was later reissued as a b-side to the ubiquitous hit “Happy Xmas (War is Over)” two years later. Fifty years on, the plaintive tune is reimagined by Americana supergroup Mad Crush – whose version premieres today on American Songwriter.

While remaining faithfully solemn to the original version, Mad Crush turn up the glistening Christmas bells for a deceptively chipper production. “Listen, the snow is falling ev’rywhere / Between your bed and mine / Between your head and my mind,” sings band member Joanna Sattin.

“I stumbled across this very quiet, reflective Yoko Ono song and thought Joanna’s vocals and Laura’s violin could shape it into something new and powerful,” said John Elderkin (guitar, vocals). “I’m a rare Beatles fan who doesn’t blame Yoko for the band splitting and is delighted by her wild ideas. I saw a video of John and Yoko playing the blues with Eric Clapton and Keith Richards, and Yoko howled through much of the song. I was totally won over. They turned the event upside and no one quite knew how to react. To me, that’s rock and roll.”

Even given the song’s long history, which includes a more well-known version by Galaxie 500 in 1990, Elderkin approached this recording as if it were a brand new song. “I made a point of asking the band not to listen to the original version, nor Galaxie 500’s better-known cover,” he explained. So, it was treated like an original, and that was the secret. I came up with a little guitar riff and Joanna sang with some heartache, and the band followed their instincts. It was terrific from the get-go.”

It was only later when the band, including violinist Thomas, heard Yoko Ono’s original performance. “I had no idea how the original sounded, and it’s true I was kind of shocked when I heard that version,” offered Thomas.

Wedding Album arrived in a time of great socio-political unrest. It seems appropriate Mad Crush would choose today to release a song with such a clear political underpinning. “I’ve always admired music and art that can be read as possibly political without beating listeners over the head with a message,” said Elderkin. “Of course, some overtly political songs kick ass, and I really admire John Lennon for risking his career to sing his mind. But if you dig into a song like ‘Imagine’ and hear it fresh, it’s an angry political song, far more so than ‘Power to the People’ or ‘Give Peace a Chance.’”

He added, “All of which is to say that we did think about the nod we’re giving by choosing to play this song. Hopefully, some people will make the connections.”

Listen to “Listen, the Snow is Falling” below. 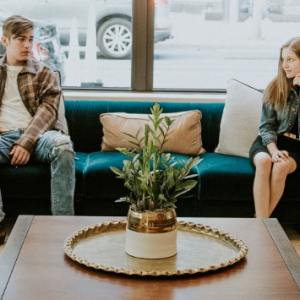 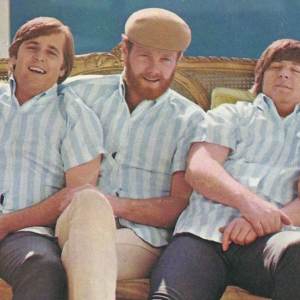