Kacey Musgraves is riding high. After a debut album (2013’s Same Trailer, Different Park) that yielded two Grammys, a CMA Song of the Year win and heaps of critical acclaim, it would seem hard for the 27-year-old Nashville-by-way-of-Texas singer-songwriter to top herself, but with the release of her sophomore album Pageant Material it seems as though she’s done exactly that.

Earning rave reviews and inspiring headlines like “Kacey Musgraves Is Making Country Music Good Again” (from a story in The Fader, where Musgraves was the first country artist to make the cover), Musgraves has breathed fresh air into a genre that desperately needed it, serving as an antidote to the two-dimensional Daisy Duke-clad women taking up residence in the majority of today’s country hits. And though the pedestal for Musgraves may be, to borrow a phrase from “Pageant Material,” “higher than [her] hair,” she’s never felt the pressure to be anything but herself.

“I just wanted to write good songs,” Musgraves tells AS of writing her sophomore album. “A bunch of writers and I went out to the middle of nowhere down in Texas and just kicked around ideas until something stuck. We did some writing back at home in Nashville, too. Eventually we had this big basket of songs to look at, to pick out a theme and get inspired by.”

That team of writers has been crucial to Musgraves’ success, a tight-knit group of Nashville stalwarts that includes Grammy-winning writer and producer Shane McAnally and critical darling Brandy Clark.

“It’s great just being able to feel comfortable and throw out stupid ideas with the people that I write with,” she says of her co-writers. “The ideas usually start with me and then I bring them to these people who make them better. After trial and error I found my team and found the people I do best with. It’s a fun process with them.”

It was with Clark and McAnally, both of whom, notably, are openly gay in a traditionally conservative industry, that Musgraves wrote 2014 CMA Song of the Year “Follow Your Arrow,” an anthem that, while encouraging the occasional toke and advocating for same-sex relationships, also serves as a thesis statement for Musgraves and her twangy, Technicolor brand of individualism. That thesis rings especially clear on Pageant Material, with tracks like “Good Ol’ Boys Club” decrying country’s tendency toward the patriarchal and the title track giving a little side-eye to society’s expectations of women, particularly in the South.

“I really love the message of the song,” she says of “Pageant Material.” “It’s kind of satirical and has some comedy in it but it’s also just saying, ‘I am what I am.’”

Musgraves herself has never been shy about who she is, from her acid western stage aesthetic – complete with neon cacti and light-up cowgirl boots – to her frank support of country music taboo topics like this summer’s Supreme Court ruling in favor of marriage equality. To that end, she’s attracted the attention of another left-of-center country artist, her idol and fellow Texan Willie Nelson. Nelson joined Musgraves on a cover of his own “Are You Sure” on Pageant Material, a surreal experience, especially given the first line of one of the album’s earlier songs, “Dime Store Cowgirl,” where Musgraves sings, “I’ve had my picture made with Willie Nelson” before a laundry list of bucket list items the Golden, Texas native never dreamed she’d check off.

“When we got to tour with [Nelson] I got to pick his brain a little and I asked him, ‘Do you ever sing that song ‘Are You Sure’?’ and he couldn’t believe that I knew it,” she says. “He pulled the guitar out and we started singing it. He asked me if I wanted to sing it. So it kind of happened really organically.”

It’s the contrast of her refreshingly progressive perspective with what Musgraves herself describes as a “retro, classic” sound that makes her such a unique fixture in country music, so much so that she’s drawn an entire new audience to the genre. “I think it’s great to be an ambassador of sorts for country music,” she says. “I have a lot of people come up to me and say, ‘I really hate country music but I really love yours.’ Or ‘I started listening to country music because of you.’”

The country industry may not have expected their newest ambassador to sing about “rolling one for two,” but like any true trailblazer of the genre, Musgraves is a bit of an outlaw. And as for a fan base that may not take kindly to her slow-rolling ways, Musgraves isn’t too concerned, ultimately seeing the genre as an outlet for square pegs trying to fit into round holes.

“If a song’s message resonates with me, that’s really all that matters,” she says. “I find that if you always keep things really honest and conversational, we’re all humans going through the same things and there are going to be people out there who are definitely going to relate. That’s why I love country music. It integrates into all parts of life, even the weird ones.” 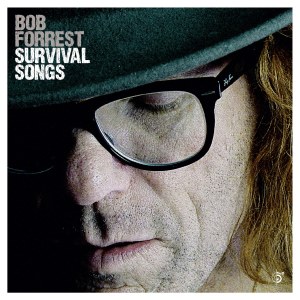 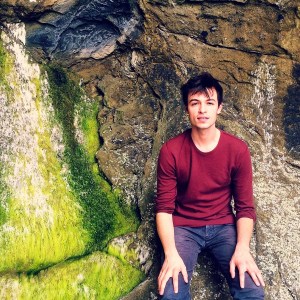