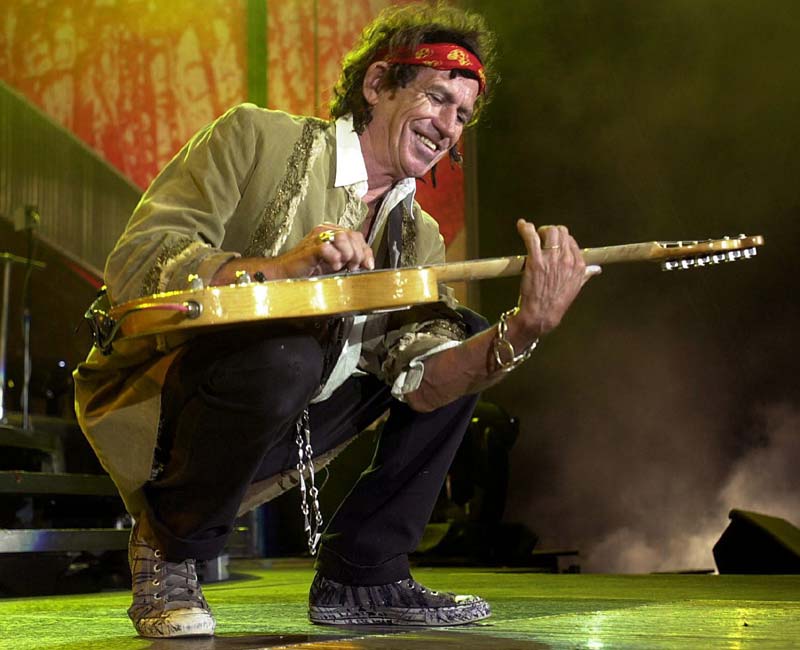 This 1986 interview with Keith Richards upon the release of the Stones’ Dirty Work album is surprisingly lacking in references to what Richards termed “World War III”: the furious disputes between Richards and Jagger about the latter’s solo career that were known to have marked Dirty Work’s gestation and would come close to splitting the band permanently. This turns out not to be a demerit as interviewer Chris Spedding finds another entertaining level of communication, speaking English-guitarist-to-English-guitarist with the man radiating the sort of rock iconography that infused Spedding’s 1975 UK hit single “Motor Bikin’.”

It has to be said that Richards’s new mantra—present for neither the first nor last time in this anthology—about using the Stones’ unique longevity for the benefit of rock music (“. . . see if we can make it grow up with us…”) has contrasted painfully with the reality of the progressive deterioration of the band’s art.

There was a time when the Rolling Stones gleefully played up to a shameless need among certain of their disciples for some kind of hedonistic role model. All very fab ’n’ groovy at first, I suppose. Except I have this feeling that the Stones themselves, after a time, must have got heartily sick of it! Just think for a minute…These guys have been consistently delivering the right stuff, both on vinyl and in person, for twenty-five years. “The Greatest Rock ’n’ Roll Band in the World” is at once both your mandatory show-biz hokum and a prosaic statement of fact.

So I guess it is some kind of tribute to the enduring seductiveness and potency of whatever bizarre tableau they evoke that no one ever stops to ponder how they can possibly still be out there—as prolific, creative and compelling as ever—if they’re all supposed to be your lovable ol’ burnouts! Well, that’s show business, folks! And I’m sure they must still get a kick out of it.

Now, at this point I’m hoping some of the more perceptive among you will have divined what all this is about. It can mean only one thing. Yes, you got it . . . there’s a new Stones album out. Called Dirty Work (the first single off it being “Harlem Shuffle”). And since the first hint of a new Stones product usually generates an unseemly stampede throughout all they survey, I must say I find it greatly reassuring that the guys still care enough to come out and do the rounds of interviews. They’re checking in with us, making contact. Hey, these guys like us!

So on the appointed day, at the highly civilized hour of three-thirty in the afternoon, I presented myself at the Stones’ New York office, just a Stones’ throw from Columbus Circle. While most of Manhattan was agonizing over whether (a) to observe Lincoln’s Birthday (b) Valentine’s Day counted as a public holiday and (c) we could take the whole damn week off because of the snow, there was none of that kind of nonsense at the Stones’ office. Very much business as usual.

Keith had phoned ahead with apologies: He’d been delayed leaving the house and would be a few minutes late. A small courtesy, but kind of pleasing in a way. And since the “delay” turned out to be only two or three minutes, it might even score more points than arriving on the dot!

I was shown into a room dominated by a large conference table, the usual vulgar display of framed “platinum” discs refreshingly absent. No need for such ostentation here. Wonder where they keep ’em all? Probably in storage until the recording industry designs awards eye-pleasing enough to be worth wall space.

Off in another room a redundant telephone warbled soothingly. One left secure in the knowledge that someone, somewhere, would attend to it.

Nattily turned out in a dark blue pinstripe suit, the effect artfully softened by a loosely fitting creamy silk blouse.

Coffee is brought in, and an ashtray for Keith. The scene is set.

So here it is, then. My tête-a-tête with Keith Richards. And a pleasurable experience it was, too. For me, anyway. Ask the guy a straight question and you get a straight answer. But then, you’d expect that, wouldn’t you? I mean, you can’t get much more direct, incisive and unpretentious than a Keith Richards riff. It’s almost as if the guitar had evolved to the stage where it needed a Keith Richards to come along and reach in and give us a glimpse of part of its true essence, its proto-soul. Keith’s unique view of his relationship to his instrument is revealed when he talks (below) of how he first came to “. . . touch the guitar.” Oh, sure, we’ve had more flamboyant players who, in varying degrees, have worked the same magic—Jimi Hendrix and Jeff Beck come immediately to mind. But with Keith it’s not just a guy playing the guitar; the guitar sometimes appears to be playing him—drawing, as he does, on a solid and still-vital blues tradition, sifting and nurturing that rich harvest with just the right sensibilities, thereby becoming the medium—our medium—for its expression, and contributing in the process to some of the more significant songs in our rock repertoire! 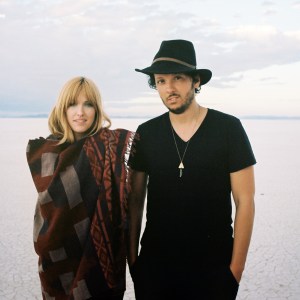 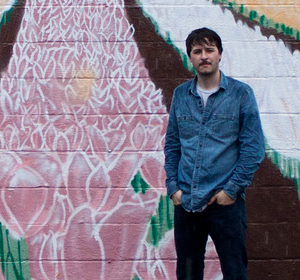