Kip Moore is an open book in his music, but he plays things closer to the vest in his real life. That’s why his 2017 documentary, “Journey to Slowheart,” holds a lot of insight and surprises for even Kip’s most diehard fans.

In the film, Kip takes us back to his hometown of Tifton, Georgia, and we get to meet his hero — his little sister, Jennifer. She was in a car accident when she was 16 that left her paralyzed from the waist down. Kip was in his early 20s at the time of the accident, and he says it was “the first real tragic event that happened in our family.”

“It was devastating,” Kip tells Rare Country. “We almost lost her the first couple nights. She barely made it. She was in the hospital for about six or seven months.”

He continues, “[I watched] her struggle through that for a year-and-a-half/two years and to be really depressed from it. I understood. I watched her have to face that she wasn’t going to walk again. It was really hard for all of us, but it was like, one day she just woke up and accepted what had happened and her whole vibe changed. She’s possibly the most consistently happy person, just complete rock star, that I’ve ever met.”

RELATED: Kip Moore’s latest hit could be a hint he’s ready for a family

Though she’s still confined to a wheelchair, Jennifer’s spirit is undeniable in the film as we see her poking fun at her big brother and tending to the family. Kip and Jennifer are still especially close, and she knows he’ll always be there for her if she needs anything at all.

In the film, Jennifer says, “Even before I was injured, he was very protective of me. I feel like he’s always looked out for me. As busy as he’s been, he still calls and checks up on me to make sure that everything’s going good. If I were to need anything, he would come through, for sure.”

Watching Jennifer thrive in spite of her injury also gives Kip the kick in the pants he needs if he ever starts feeling down in the dumps about something.

“I think it put a lot of things in perspective,” Kip tells us. “It still does. I try not to — whenever I am whining about my petty problems, it makes me keep myself in check. There’s a lot of people dealing with a lot worse than the problems I’m facing.”

You can hear that overcoming spirit in Kip’s new song, “The Bull.”

He’s following that song up with the brand-new single, “Last Shot.” 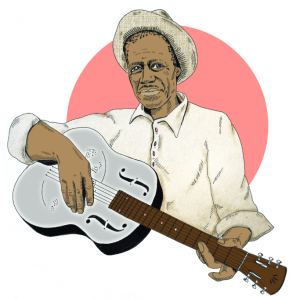