Kristian Bush has made a career out of saying ‘yes’ to every opportunity that came knocking. Best known as one-half of the multi-Platinum selling country duo Sugarland, the Atlanta native’s career dates back to the early ’90s as part of the folk-rock duo Billy Pilgrim.

His latest solo effort, Troubadour, spawned from unlikely circumstances. The 16-song collection is the soundtrack to a musical of the same name, which debuted at Atlanta’s Alliance Theatre in 2017. The production, set in 1951, centers around Billy Mason—a fictional country star on the brink of retirement.

When playwright Janece Shaffer reached out to Bush to write a song for a character in one of her upcoming plays, Bush had just wrapped up his 2015 solo debut Southern Gravity and was ready for his next challenge.

His song, “Father to the Son,” set this album project in motion. The mid-tempo track introduces familial dynamics between Mason and his son, Joe—also a musician. The Gospel-tinged tune opened old wounds in Bush’s personal history, writing to a similar distance from his own father who anticipated Bush would join the family’s canned baked beans business. The simplistic lyrics comprise what a son hopes to hear from a paternal voice.

Noticing parallels, Bush tells American Songwriter,  “I’ve done this myself in my own career; I’ve made songs that were all wishes: what I wish my parents had told me or I want a girl to love me like this.”

When asked how writing one song turned into creating an entire soundtrack and solo album, Bush laughs and says, “This is turning into the story of my life.”

For the Sevierville, Tennessee native, this meant reaching back into his deep Appalachian roots to re-acquaint himself with his earliest influences. Following the play’s timeline, the soundtrack inventories country music from the 1930s through the 1950s.

In his extensive research of the period, Bush found himself particularly drawn to the early ’30s. “I found that there was a lot of music that sounded like it belonged in the church,” Bush says. This realization brought him home to the sounds of his upbringing in East Tennessee. “Sacred music and secular music are really interesting; And in the mountains, there’s no difference.”

Expanding upon the genre’s deep Gospel roots, the soundtrack begins with traditional 1930s bluegrass and progresses through the decades to an evolved Americana sound.

The play, and in turn, the album, became an ode to old-time songwriting.

“When I was listening to all this music, people were just trying to make a living,” he explains. “But they weren’t as cutthroat as they are now; they were doing their best just to turn a buck. These people were not told that they were doing art. Now it’s something we all appreciate, but at the time, it was just poor people’s music.”

Bush opted to record the album live in one room with his brother and co-producer Brandon Bush, with his friend and frequent collaborator Benji Shanks (Blackberry Smoke) on guitar, and Leah Calvert and Levi Lowry on fiddle and mandolin.

The recording experience, he feels, captured the spirit of the music on which Bush was raised. Though penned for specific characters that Schaffer crafted for this play, the 16 songs on Troubador feel deeply personal for Bush at this point in his personal life and career. Soundtracking this story allowed the artist to further shape his distinctive storytelling craft with deep consideration of the foundational influences of his decades-spanning career.

“I’m starting to get that weird feeling when I wake up, but there are not enough days left to write all the songs I need to write,” Bush says. “That’s a weird feeling, and I’m only 50-something.”

American Songwriter: How did you get yourself into character or into the headspace you needed to write songs that fit within the context of the storyline?

Kristian Bush: Rather than having to re-tool for theatre, I found that my songwriting process is really the same process I use all the time.

Think about the timing on this. This would have been in development in 2016, hitting the stage in 2017. So I had just been told two years before that this giant band I had built from the ground up, written every song for, had just decided to not continue—for no explanation from my partner, other than ‘I want to try this alone.’ I had a couple of middle school-aged kids and a divorce, so I was like, ‘Wow, I know exactly what it feels like to be forced into you can’t do the thing you love anymore.’ So it wasn’t that hard to get into character. What was the most challenging was trying not to make it about me.

AS: Do you find the process of writing soundtracks for plays easier or more difficult than co-writing songs for records and other artists?

KB: I’m in the middle of my third musical right now, and the orders from the director and the playwright are coming in at high speed, and they’re very detailed. But when you’re doing it for theater like this, you might write three or four songs that they will choose one. And when you’re co-writing, you’re going to write what you’re writing that day—there’s no other version. And what’s great is sometimes, when you have that many minds pushing on something, you’re able to sort through the two or three versions that aren’t going to work faster. So I think it’s a slower process, but it’s also a more direct process. I spend more time polishing co-writes than I do polishing solo writes.  It’s two entirely different processes.

AS: At what point in the process did “Troubadour” come about? What is it about the song or context that qualified it as the title track of both the play, then the album?

KB: Janece asked me to write the song that is the father’s last song before he retires. And I was like, Well, of course, but that’s a weird ask. And she said, Why? And I said, Well if it was Sugarland, we’d have to play “Baby Girl”—our biggest hit,  that was our first kid. So what you’re asking me is to write a song from like 1935? Because that would’ve been around the time of this guy’s biggest hit. And she was like, ‘Yeah.’ So, I said, ‘Cool, tell me about his life’—just like I would if I was writing a song for an artist.

As the playwright, she knew the whole backstory of the father. She had an answer to every question I asked. I literally wrote the song at the breakfast table while we were talking.

‘Troubador’ is the song that scares me the most because it is totally me. Once you’re gone, that’s it. They might remember your name or your legacy, but if you wrote a really good song, they will totally remember your song.

AS: What was your thought process behind the production and recruiting musicians to record this with you?

KB: We knew we didn’t want to be overly indulgent in the authenticity of microphones, or recording techniques. We just wanted to take the moment of ‘What happens when you put all this in one room?’ And that in itself is a recording technique. You sit around and play at once. There are no clicks, no constraint. And then you kind of know, within three or four minutes, whether that was a good version or not. You’re not really building a house in pieces; you’re immediately winging it. Sure. And that’s a lot of fun. It also means that you just are who you are that day.

AS: How do you feel this process allowed the album to feel reminiscent of the music era and origins?

KB: There’s a certain affinity towards what has seeped into our bones as mountain music—, which is slightly different from bluegrass. Bluegrass sort of seems to connotate that there’s a little more polish or skill. This feels very mountain to me. And I’m from Sevierville, which is literally that mountain. I’m always surprised that a lot of the music that comes out of there, that is roots-centered, is not aggressively, perfect bluegrass. Something strange happens when you start putting drones across music—these notes that don’t stop. And it’s whether you’re singing it, or you’re playing it on a dulcimer or mandolin—there’s just something about it, it makes me feel like it’s somewhere between church and not church.

Sacred music and secular music is really interesting; And in the mountains, there’s no difference. Whenever I pick up an instrument to learn it for the first time, the first thing I figure out is ‘how do I play “Amazing Grace” on this? Okay, now, I know my way around.

It’s just where I grew up; I only know four or five songs. That’s why I was so obsessed with The Clash and Adam and the Ants, and all this stuff that led me down this path that brought me into a place where I could re-enter country music with this Atlanta hodgepodge of musicians. I was the most country thing in Sugarland. Jennifer was into Ani DeFranco. And as we started to find our way back to these kinds of roots, and found a lot of comfort in it. And I think Troubadour—the album—does the same thing. It’s almost what I have to do before I go do the next thing. You gotta know where you’re from before you can know where you’re going. 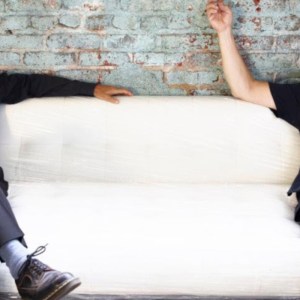 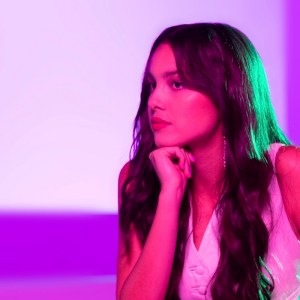