After an intense breakup two years ago, Philadelphia-based artist Kulick went through a deep period of introspection and soul searching which led to the eternal question: Is it possible to “Just Be Friends” with your ex?

“Just Be Friends” was originally written with a very pop-oriented arrangement, which Kulick released last fall. He revisits the song on his new EP Sitting in a Quiet Coffeehouse, premiering here today, with a stripped-down acoustic feel. Contrary to how most songs are written, “Just Be Friends” was not a guitar first song that took shape in the studio.

“I heard this song as a very pop production exactly the way it was first executed,” Kulick tells American Songwriter. “I wrote it on a piano and immediately heard the percussion and vocal layers in my head.”

Kulick’s new acoustic version of “Just Be Friends,” with its gently fingerpicked chords and sensitive vocals delivery, strips away the anger and puts the listener right into a soothing therapy session, focusing on the heartbreak and stages of grief.

“I don’t think I was ready to hear it stripped when I was writing it. It was too raw at that moment. Once some time passed, I was able to reimagine it as an acoustic version, and that’s when I realized how sad of a story it really is.”

Was the writing process for “Just Be Friends” intense?

I wrote this song during my first break up ever as a grown 27-year-old man, which also happened to be the end of an eleven-year relationship and divorce. Life was messy, and I was completely panicking while trying to process coming off of a two-month tour, figuring out what I want with my life, and my emotional state in general. It’s a difficult thing to do while also having personal and sexual identity issues, anxiety attacks, and facing the fact that I may not fit with this person anymore.

I always write songs to document my life and how I was feeling during important moments, so this was one that needed to be written. This was written after having an important conversation about what would happen if we broke up, and if we would be able to have a friendship. The answer was difficult for me, and this song helped me process it a bit more.

What was the first line written? Did you keep the line or was it changed or discarded?

I’m pretty sure I started this song with the chorus melody idea, where I was trying to fit words into a melody I created. The original demo has me singing the words “She said we can never be best friends” which I eventually changed to “never just be friends” thanks to April Rose Gabrielli’s recommendation. It makes it a stronger, less corny hook and I am thankful for that change!

How do you compose the music for your songs, using “Just Be Friends” as an example?

It varies with what I come up with first. It could be a melody for a chorus, a lyrical hook, or a chord progression. For this specific song, I had the melody first as well as knowing that I wanted the hook to say something along the lines of “She won’t be friends with me after this.” Then I figured out some chords on an electric piano and figured out the structure as well. Once I wrote the verses, the rest of the process was producing with guitars, organic drums and samples, and vocal layers.

For the Sitting in a Quiet Coffeehouse version, I wanted it to be more centered around the acoustic guitar and my vocals. I started with the acoustic riff, then added the drums, and then sang a ton of vocals. I also wanted to sing it less aggressively to give it a softer, more emotional take on the song.

How much do you discover about yourself through songwriting?

I used to always say that songwriting is for self-discovery, but really, I think it is for documenting and analyzing after some time has passed. I am not sure how much I discover, but I know that when I listen to my songs after some time passes, I feel more grounded and understanding towards myself. I find that I have mental loops that writing helps me get out of, and that I am still searching for something. Whether what I am searching for is within me or somewhere out there, I am not sure. I go through phases of really feeling like I know who I am and then completely feeling lost. Music is always there for me to remind me of who I am and what my journey has been so far.

Do you find it hard to go to a place you might not want to go when you’re writing? Is there a lyric you can point to that you first backed away from because it was too personal but ultimately confronted and left in?

Every single time. A song that comes to mind is “Monster,” off Yelling in a Quiet Neighborhood. That entire song is showing a side of me that I didn’t want to admit was real, and thought it was WAY too personal. But truthfully the albums Yelling in a Quiet Neighborhood and Sitting in a Quiet Coffeehouse are albums I thought about just never releasing due to their personal nature. Eventually I decided that sharing myself and my experience is what I do for a living, and that I needed to face who I was and what I was going through. The songs off that record are filled with personal information about myself that I never really wanted to divulge or discover. However, I have written and released songs where I didn’t “go there” emotionally or didn’t have a personal connection with the songs and although it’s easier to take that path, it is way WAY less satisfying.

Do you use music as therapy?

If therapy is confronting yourself on a deeper level and having self-discovery, then yes 100%. But just like therapy, it doesn’t always feel good. A lot of it is difficult to dig out and admit. I am still discovering myself, my sound, and my journey through music and self-reflection.

I also use other music therapeutically, whether that is screaming music for working out, jazz for cooking, or Tom Petty during long drives. Music has a place in every scenario if you welcome it and are open to feeling.

When did you write your first song?

I wrote a song called “I’m a hottie for karate” when I was about 7 years old. It was a song about loving karate and wanting to be in karate movies. You could say that is my “first song.”

The first song I was really proud of from start to finish was a song called “Little Miss Sunshine” which was a love song I wrote when I was 13 years old. It had all the pieces: intro, verse, chorus, verse, chorus, bridge, and last chorus. I don’t think I ever played it for anyone.

When did you start playing an instrument? Do you play more than one? Guitar, piano, drums?

Drums were my first love, with a few childhood videos that can be seen in “The Way I Am” lyric video to prove it. I eventually moved to the acoustic guitar because I was tired of being so loud and I wanted to sing while playing. Singing while playing drums isn’t the most enjoyable experience. Eventually I moved to the piano as well, and I continue to learn new instruments.

This acoustic EP is a flip side of your previous album ‘Yelling in a Quiet Neighborhood.’ What made you want to strip everything back.

I have always felt the strongest with songs in their acoustic form. Re-recording these songs with more of a “coffeehouse” vibe made me remember what it was like when I first learned the acoustic guitar and when I first recorded these songs. It made me feel a bittersweet nostalgia in both cases. It also made me realize how sad some of these songs actually are when you take away all of the production. Overall, I hope it gives fans, both new and old, some KULICK songs that are more “chill” than normal, but still organic and authentic.

I have to admit that I have never played in a coffeehouse! Being half deaf, singing loudly, and playing loud music most of my life never gave me the opportunity to play in such a setting. I have seen a few acts in that setting and I was always nervous for them because it is such a delicate space. I love that calm vibe and love experiencing it. I hope to take this acoustic album and play a few coffeehouse shows when everything opens back up!

Do you work best on your own or with a collaborator(s)?

I think I work best starting by myself and then introducing people to collaborate with. I like having the initial ideas and feelings and then getting other people’s opinions and styles on the songs. I write a lot with my partner April Rose Gabrielli, my drummer Keith Gensure, and guitar player Kevin Eiserman. It helps me be more open not only to my project, but to working with others on their projects, which I’ve been having a blast doing.

Who are a few artists you look to for musical inspiration?

When it comes to songwriting, Tom Petty has always been the act I look to for inspiration. He is able to make catchy hooks, write lyrics that tell a story and fit it all under 3 minutes. I have recently been exploring more acts from the 60’s, 70’s and 80’s as well for production ideas. I have always loved the band A Day To Remember, both sonically and lyrically. I am also a huge fan of pop music, so listening to pop hits throughout the years is always inspiring to me, especially Max Martin and Ryan Tedder productions.

Tell us about your preferred guitars and what you like about each.

Fender has my heart when it comes to guitars. I just recently started playing the new Fender Acoustasonic Stratocaster, and it made me rediscover my love for the guitar. It’s a perfect hybrid between an acoustic guitar and an electric guitar, it sounds incredible as both and it feels powerful yet delicate. I can’t wait to use it on a future tour. I also toured the country and Canada with the Fender PM-3 and it has never let me down. It’s light and bright.

I also immediately fell in love with Taylor acoustics when I first started playing. I still record and tour with the 314CE and have had it since I was 20 years old. It’s a guitar that holds so many memories and is invaluable to me. 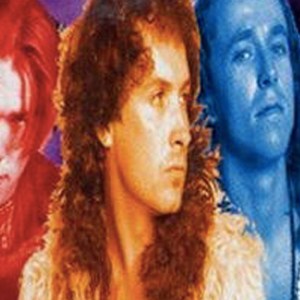 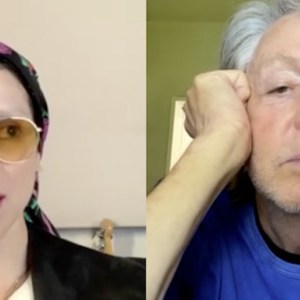