Kyle Vincent’s new album Whatever It Takes is “new” in that it’s a recent release (originally dropped in 2020 and was re-issued in 2021 with a few post-COVID updates), but at its heart, a word like “timeless” might be a little more apt. The songs range in ages—some are quite old, others are fairly new—and the sounds the 54-year-old songwriter employs draw from all sorts of styles and traditions from the past several decades. Add in some fine musicianship and lyrics that speak to the human experience as a whole, and you start to see how Whatever It Takes transcends trends and captures an earnest beauty that only a certain type of songwriter can conjure.

With an alternative rock feel grounded by acoustic stylings (and, of course, some soft-pop goodness thrown in there), the end result of Whatever It Takes sounds like an epic intermingling of The Beatles, Gilbert O’Sullivan, and a stellar ‘90s band, like Toad The Wet Sprocket. Yet, while some artists could come across as gimmicky trying to emulate all those styles at once, Vincent doesn’t have a shred of “gimmick” to him… in fact, it doesn’t really seem like he’s “emulating” those artists at all (err, except for the O’Sullivan tribute number, but we’ll get to that later). Ultimately, the songs and their arrangements are just the natural results of the decades he’s devoted to finding and refining his voice.

That’s evident on one of the album’s highlight songs (and one of its oldest): “Wake Me Up When The World’s Worth Waking Up For.” Originally written and released in the late ‘90s, the odyssey this tune has gone on serves as a fine case study for understanding the depth of Vincent’s passion.

“It was in late ‘96 and I was driving home, right in the middle of Hollywood—I still remember exactly how it happened,” Vincent tells American Songwriter, recalling the day he wrote the song. “It was one of those days where nobody was returning my calls… as a songwriter, you’re always on one part of the wheel. If you’re up and everyone loves you, you’ll start to fall; when you start climbing back up again, everybody comes back. But that day, I was on the low part of the wheel, so I decided to say ‘Screw that!’ I was like ‘I’m going to make believe that everybody did return my calls and it is a beautiful day and everything’s wonderful.’ So, that’s how I got the opening line, which brought the melody with it.”

From there, Vincent knew he had a good idea, but wanted to get it recorded before it slipped out of his mind. “This is really old school,” he said, “but I didn’t have a cell phone or anything back then and I didn’t have a pad and paper or whatever because I was driving. So, I pulled into a gas station, called my answering machine, and sang the idea into it.”

After that, he took the tune to a collaborator—who came up with the idea of the verses being in a dream world and the choruses being in reality—and before he knew it, Vincent was sitting on a great song. Then, when the prospect of a record deal came into play, its potential became explosive… even if that potential was never quite actualized.

“I got a big record deal with Hollywood Records, which was Disney’s record label,” Vincent says, continuing the story. “I adored it—everybody was really great. And the first week the song came out, it did pretty well… but then, it fell short. There were some changes happening at the very top of the label. In the end, it broke through in some regions, but didn’t really ‘breakthrough.’ In fact, it died at No. 101 on the Billboard Top 100… it bubbled there for 11 horrifyingly excruciating weeks while I was on the road. My dream was to have a song on the Top 100 and it died at No. 101.”

At the time, that felt like the end of the road for “Wake Me Up When The World’s Worth Waking Up For.” Just one chart position short of his dreams coming true, Vincent went back to his usual grind of writing, recording, and performing… but a few years ago, an old friend from Hollywood Records surfaced. She had switched over to Universal and upon finding Vincent again, reached out—one thing led to another and he ended up with a new record deal. But then, the pandemic hit.

“She was like ‘This is unbelievable… something’s happening again that’s unavoidably undermining your record,’” Vincent remembers. “That’s when we came up with the idea to add a few more songs and relaunch it. People were more occupied with more important things when this record first came out. Eventually, she asked if I could rework ‘Wake Me Up When The World’s Worth Waking Up For’ and I was a bit reluctant at first, to be honest. I try to look back in my songs, but I don’t try to look back with my life. So, it felt like ‘Oh, do we have to revisit this?’”

But when Vincent went into the studio, he amazed himself with how fresh he could make the new arrangement. “I was able to fall in love with it again,” he says. “I realized that the lyrics were really poignant right now, that maybe people wanted to hear them. And boy, so far they’re responding positively! We’re getting oodles of airplay and people are loving it even more than the original, which is really making me happy.”

To that end, the 25-year journey that “Wake Me Up When The World’s Worth Waking Up For” shows the vibrance of Vincent’s work. Two and a half decades removed from its initial conception, the song is coming out now and still resonating in the world just as well as any of its “modern” contemporaries. Perhaps that’s the mark of a great songwriter.

Another testament to Vincent’s skills on Whatever It Takes is “A Gilbert O’Sullivan Song,” a bouncy, heartfelt tune that serves as a tribute to one of his heroes. Yet, while the song certainly embraces O’Sullivan’s signature sound, it does so without being a novelty—rather, it comes across as a stylistic tool, augmenting the complete package.

“That song is an homage to a wonderful artist who’s had a huge impact on me musically and emotionally,” Vincent says. “There are certain artists you latch onto because they find you at a certain time in your life where you need them the most. Gilbert was one of those artists for me. I heard him sing ‘Alone Again’ and I was like ‘I feel alone.’ But I wasn’t alone, because the guy singing the song was keeping me company. So, that’s a big reason why that song is the way it is. And, of course, I recorded it a little tongue in cheek, just as he would record his songs, with a whistle and a little bouncy melody. If you dig deeper, the song’s really about a 12-year-old boy listening to the radio, just trying to make sense of the world and his life.”

Vincent mentions that you might have to “dig deeper” to find that grander theme, but the song carries that touching sentiment to a palpable degree… in fact, all of Whatever It Takes seems to take on that special quality. Through all the clever lines and melodies, there’s something boldly human about Vincent’s work, something that illuminates it with true sublimity. For his part, he maintains that staying honest with himself has been the secret all along.

“It took me a long time to learn this lesson,” he concluded, “but being true to yourself will never, ever be wrong.”

Kyle Vincent’s new record Whatever It Takes is out now—watch the lyric videos for “Wake Me Up When The World’s Worth Waking Up For” and “A Gilbert O’Sullivan Song” below: 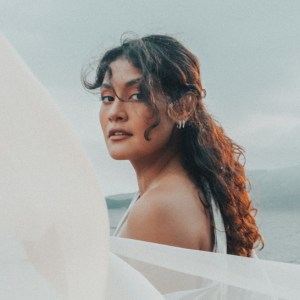 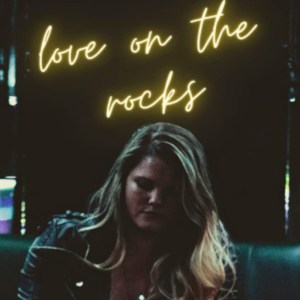