Decades into their career and eight full-lengths to show for it, Lamb of God has yet to release a self-titled work.  Later this month the Virginian metal pioneers will change that.  The group avoided doing so the entirety of their career, not wanting to use it solely for ease and only when the title deemed appropriate.  In the current state of affairs, minimalism has found its perfect fit.

Lamb of God frontman Randy Blythe has never been silent about politics and outwardly welcomes such discussion.  And with authoritative and volatile songs like “Redneck” and “Walk With Me In Hell” already in their arsenal, it’s anyone’s best guess as to what additional kind of strife Lamb of God will portray on the new record, with a crippling pandemic, economic downfall and civil rights outcry at their side.

Guitarist Mark Morton caught up with American Songwriter to chat about the forthcoming release (pre-save / pre-order), songwriting evolution, new members, genre influences and being a working musician amid deteriorating political and health climates.

What’s it like releasing a record during a global pandemic?
(chuckles) Um it’s a little different… You know typically we would be touring around the release, usually a little before and definitely during and immediately following a release. Those two seem to be tied together. I’m not sure how much I’m convinced in the modern, contemporary world that they’re related. But the model is still there where you tour to support the new release. So normally we would be doing that. We certainly had a lot of touring scheduled around this release and before it. We missed a tour in Europe that we had scheduled, and it looks like our summer tour is postponed. And all of those were sort of in conjunction with the new album campaign. But I think it’s worth saying that in the big picture with everything that’s going on in the world, the effect of missing some tours seems pretty small. I feel like we’ll get back to playing shows at some point when the universe is ready for us to do that, and I look forward to it.

What made you decide to go with a self-titled album name this time?
It just felt right honestly. That idea had certainly, over the course of an eight album career, come up before and it always felt like a bit of a copout. It just never felt 100% thorough, and this time it did.

What is your writing process like these days? Has that process changed over the years?
It depends what I’m writing for. I guess this (interview) is primarily focused around Lamb of God. In which case the writing usually starts with a guitar riff. We kind of build the song around riffs. Our other guitar player Willie and I both sort of approach it that way. Sometimes on our own individually, and then we’ll bring it into the group as a more composed arrangement. And other times it’s just a riff or two that we’ll bounce off of each other and sort of build from that, add things or subtract things. I’m a songwriter, but I play guitar and I write songs primarily on guitar. So it starts usually with a riff. Lyrically I just write about life experiences. I think I write lyrics regardless, kind of using that to navigate life experiences and things I’ve gone through. Some of that winds up making its way into songs, not all of it. I’ve had some solo releases as well, and I’ve written around a melody line before, but we’re primarily writing riffs and music first. I think I used to be more focused on bedazzling, kind of acrobatic riffs, and now I’m more interested in song structure, how the instruments support each other and make room for each other, and the way the song moves. That’s how it has evolved. I’ve just become more focused on songcraft. Rather than building a song out of riffs that exist, now I’m leaning more toward starting with the song and kind of inserting riffs to fit the bones and structure of what that song is.

I read in an interview about your solo album, Anesthetic, you mentioned that you learned a lot while making that record. Did any of that make its way back to the newest Lamb Of God album?
That’s a good question. I think more than anything sort of technical, I learned to let go a little bit. It’s ironic that a solo career taught me to be more collaborative, but it really did. Because so many of the artists I worked with on those two solo projects were contributing writers as well, and people that I was a fan of and had so much respect for. So you know building those songs together with those amazing artists, Chester Bennington, Mark Lanegan, the list goes on and on for that album, to branch out and work with other people plugged me a little more into the value of true collaboration. It just kept me a little more open minded musically. I think I’d been sort of lulled into thinking I had most of the answers, and maybe I usually always have an answer, but it’s not always the best one. And I think the solo work kind of helped retrain that part of my brain.

This is your first record with drummer Art Cruz. What was it like writing and playing with Art after recording with Chris Adler for over a decade?
It was fantastic. As I said earlier, the songwriting process hasn’t changed at all. We start with guitar riffs. So the same guys are writing the guitar riffs that always were. We have a different drummer, and there are differences for sure. Chris was a phenomenal talent, and he’s a great drummer, and we made a lot of amazing music together. But Art is also a phenomenal talent and a great drummer. He’s more feel oriented. He’s a little less robotic, and I don’t mean that as a dig. I don’t want to compare them too much. They’re just two different drummers. But Art is a real feel, finesse player. I think the prime example I can give is live with Chris we used to play everything to a click. There was a click in our ear and that was a machine that kept timing consistent and the same every night. Within a week of playing with Art live we were off the click. We were just playing the songs together instead of playing them at the same time. And I think that really made its way into our creative process as well.

I’ve heard you say you’re a blues guitarist in a metal band. Who are some of your biggest non-metal influences, blues or otherwise?
I mean I think most of my guitar influences are probably non-metal, most of my immediate ones. Jimmy Page is my favorite guitar player of all time, in my favorite band of all time. So I love Jimmy Page, love Jimi Hendrix, love Billy Gibbons, those are probably my top three. As far as modern guys, Mark Ford, who was in The Black Crowes for a long time but does his own thing now, is one of my favorite contemporary players. He did a solo on my Anesthetic solo album, he was the only other guitar player that played on that besides myself, so he’s fantastic. Luther Dickinson, Warren Waynes, so many great players.

What is the biggest similarity between blues and metal?
It’s all guitar really I guess. There’s a lot of metal that’s blues based. So I don’t think there are big brick and mortar walls in between the genres. Black Sabbath was a heavily blues influenced band, and they were the first heavy metal band. Y’know the blues scale, the pentatonic scale, is the first thing everybody learned, so it’s made its way into all of it.  It’s more of a question of how traditionally you stay with that stuff. I think there’s an element that runs through all rock music, I mean rock is rooted in blues. I don’t know, I don’t remember what the question was, whether or not they’re the same or they’re different. But they’re certainly related. 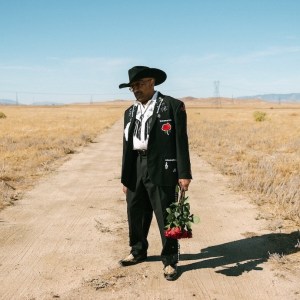 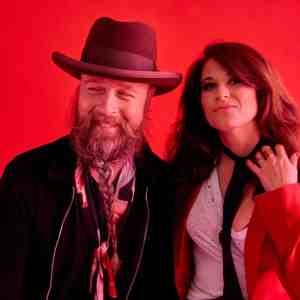