Americana’s favorite couple, The Grahams, premiere a new music video for their single, “One More Heartbreak,” today on American Songwriter.

The track comes from their latest album, Kids Like Us. After uncovering less-familiar parts of their own country, the collection is a political statement. Four years in the making, the album lines up with the arrival of their first baby. The record is their contribution to show their daughter that during this era, her parents had something to say.

The Grahams filmed this music video as part of their once-in-a-lifetime opportunity for the Americana duo to record their music at Abbey Roads Studios in London.

“One More Heartbreak” is that epic heartbreak song that we’ve always struggled to write,” the duo shared. Alyssa and Doug came up together through the Jersey Suburbs. Between ding dong ditching as kids and playing guitar around the campfire in high school, a deep love blossomed between the two. The duo took on their skinny dipping, psychedelic rock band, college years together as a romantic pair. Post-grad “grown-up” life for the two meant nomadic touring and more music.

“We’ve been in love the whole time,” the lovebirds admitted, “so writing a heartbreak song has always been a challenge.”

“One More Heartbreak” channels their greatest fears into a thoughtful ballad. The duo draws upon real experiences that help them understand the pain in relationships to evoke their worst nightmare, which would ultimately be losing each other.

“This is why the resolve of the song is ‘is it too late for one more heartbreak.’ I think both of us believe it’s never too late if you love each other as brutally deeply as we do. The song conveys our story in that we would endure heartbreak after heartbreak if we had to just to be together,” the couple explained.

Alyssa and Doug described their recording experience at Abbey Road Studio as a “dream come true.” Together with a full band of close friends and their 8-month old daughter, Georgette, The Grahams recorded three songs and filmed a live performance of “One More Heartbreak.” The studio is holy ground for the two, who drew early influence from the Beatles and Pink Floyd in their musical career. As teenagers, the two obsessed over the music, the production, the artwork, the gatefolds, the myths, and mysteries the iconic landmark exudes.

“I don’t know exactly how it happened or what cosmic forces came together to create this opportunity for us, but I know that besides maybe our wedding, it was the most surreal and mind-altering experience we’ve had to date,” they remarked. Often there is a moment (If you’re lucky) when you’re recording a record that you say, “God walked in the room.” I don’t know that we believe in God, but I do know that during our recording at Abbey Road, we felt the power of something supernatural, the beauty and energy of all the inspiring music of our lives, something way bigger than us. We will carry that with us forever.”

When granted the opportunity at Abbey Road, The Grahams faced selecting three specific songs for recording. The duo picked ‘One More Heartbreak,” Heartbroken Town,’ and ‘Searching The Milky Way’ from their album, Kids Like Us, as they all have this one connection; this deep heartbreak that they felt.

This sentiment is displayed in “Searching The Milky Way.” They wrote this song as an ode to the late Richard Swift, a friend, and co-producer of Kids Like Us. The record was the last project Swift produced before he passed. This track was a top priority in the selection process. The Grahams believe that wherever Swift is now, if there were ever a way he could hear this song, it would be their heartfelt, dedicated performance at Abbey Road Studios.

“Perhaps the power of music could transcend time and space at a place like Abbey Road,” the duo thought.

“Heartbreak Town” made the shortlist for its poignant retroactive sentiment. It’s tubular bells, timpanis, string orchestration, and reverb-drenched harmonies induce sonic nostalgia for the music they listened to as kids, recorded at the same studio.

“One More Heartbreak” is a thematic fit into the track trio. Each of the three songs is a tribute in its own right. This song, though containing a lyrical meaning of its own, is delivered as a tribute to the space itself.

“We chose the song because we wanted ‘that moment,” they shared. “That moment when a song is more about the silence than the note. More about the whisper than the explosion. More about the heart than the head. We felt privileged to be recording at Abbey Road, so we chose “One More Heartbreak” as an offering. That moment of pure honesty, emotional exposure, and vulnerability. We thought we owed that to Abbey Road.”

The Grahams are not so sure as to where “One More Heartbreak” fits in with their overall body of work. Rather than fitting song pieces into an album puzzle, the duo thinks of each album as a “window in time.” This specific time frame aligns with their motorcycle trip down Route 66 during the 2016 election. Perspective and experience cross lines like panes across their window into a changing world on this pilgrimage.

“The journey was wild and eye-opening,” The Grahams recalls. “It was dangerous, infuriating, magical, and extraordinarily romantic. It made us take a hard look at the America we live in now versus the America we grew up in together. All the songs on the record, including “One More Heartbreak,” are part of that experience, that inevitable comparison.”

Songs like “Kids Like Us” and “Bite My Tongue” explore the angrier side of their expedition, perhaps a loss of something innocent. “Mr. G” and “One More Heartbreak” are a musical response to that initial anger. These two come on the end of resolution in this specific window of time, the dedication to an action-oriented decision to choose love.

“At the end of the day, it’s never too late to choose love,” The Grahams maintained. “That is the underlying message of the entire album, and all the songs work together to reach that conclusion.”

Watch the video below for “One More Heartbreak,” recorded live at Abbey Road Studios last year. Check out behind-the-scenes footage from their time in London here. 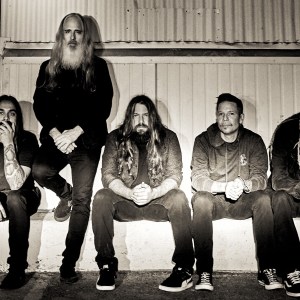 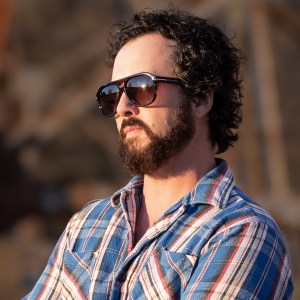