If you live in certain areas of the country where the weather changes drastically every three months or so, you may know about the malaise known as seasonal disorder. Those suffering from it tend to undergo something like depression every time the calendar is turned to a certain page and don’t come out of it until the new season arrives.

But what if your seasonal disorder lasted all year round? That seems to be the premise behind “Laminated Cat,” the quirkily-named jam from the collective known as Loose Fur. The trio consists of Jeff Tweedy, Glenn Kotche and Jim O’Rourke, and they are one the rare bands that might be more renowned for how they affected a separate act rather than for anything they did on their own.

Most know Jeff Tweedy as the frontman of Wilco, a band that has fused roots-based songwriting with avant-garde production techniques to create some of the most striking music of the past two decades. Yet that move to the experimental side didn’t fully take hold until Tweedy became enamored of the production and recording work of O’Rourke. The pair joined percussionist Kotche in 2000 to record the songs that would go on Loose Fur’s self-titled debut, which wouldn’t be released until 2003. “Like turning on a faucet,” O’Rourke told the Chicago Tribune about the sessions. “The ideas just came pouring out.”

The reason for the three-year delay in the release of the record was that Wilco was in the process of recording a new album that took precedence. Tweedy, still buzzing about the results he got with Loose Fur, brought Kotche into Wilco and had O’Rourke mix the album. Although Reprise Records dropped Wilco after hearing the finished album, entitled Yankee Hotel Foxtrot, it was picked up by Nonesuch and became the group’s most commercially successful and critically lauded release to date.

Yet Loose Fur’s music is too fine to be considered just a stepping stone. “Laminated Cat” builds quite a ruckus out of just some guitar whines and Kotche’s relentless percussion. It makes for a vibrant foundation for Tweedy’s deadpan musings on the dangers lurking within every season. In the spring, for example, the sprouting of the leaves might make for pretty scenery, but it also provides good cover: “Snipers are harder to see, my friends,” he sings.

Summer brings the “lovely way the sunshine bends.” And yet it still breeds boredom: “Hiding out from your friends/Weeding out the weekends.” Autumn heralds not just fresh weather but also a reason to vegetate: “You sit in your chair/And you stare/At the TV square.” By the time winter rolls around, tangible threats once again come to the fore: “There’s motion on the boughs/Where the dark shapes prowl.”

The verses are tied together with a refrain that’s part black humor, part cosmic introspection, and part heartsick lament: “Candy left over from Halloween/Unified theory of everything/Love left over from lovers leaving/Books they all know they’re not worth reading.” You’d be hard-pressed to sum up the randomness of life in four lines any better than that.

Loose Fur has released a pair of albums so far and, considering Jeff Tweedy’s prolific nature, it’s certainly not out of the question we’ll hear them again. For those who know them only for the classic Wilco album they helped to inspire, it’s well worth it to go back to the genuine article and check out “Laminated Cat.” Who knows? It might be just the thing to cure you of the Anytime Blues. 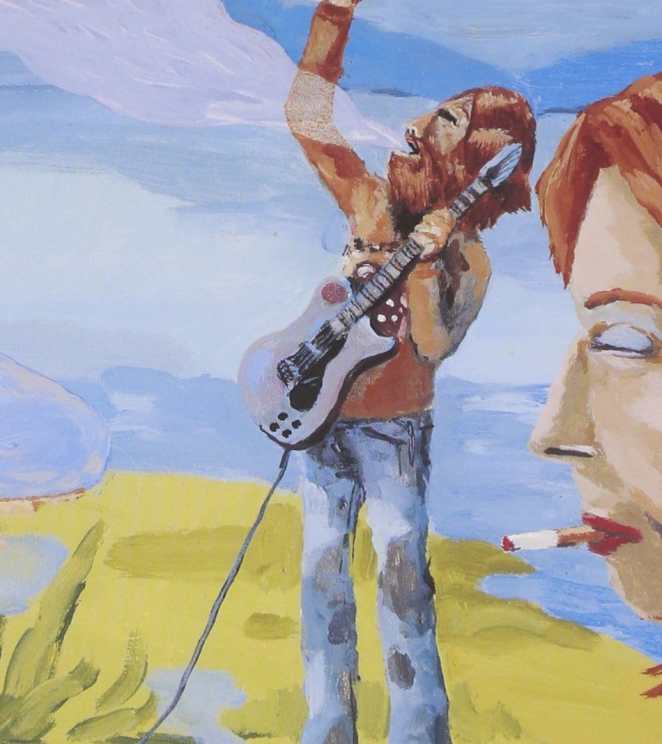 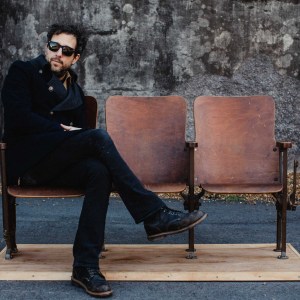 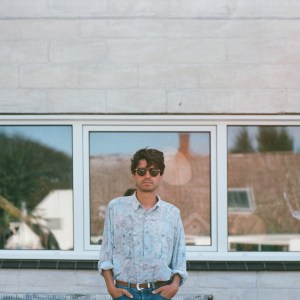