If Nicolas Michaux’s “Nos Retrouvailles” (translated from French: “Our Reunion”) was the theme song to a movie, it’d be a Wes Anderson film… definitely a Wes Anderson film.  Twee and fey and quirky enough to make even the most devout Belle & Sebastian fan uncomfortable, “Nos Retrouvailles” is weirdly and unsettlingly wonderful. Drawing upon the French chanson tradition, the spotlight of the song is shone directly on Michaux’s polyphonic vocals whose lyrics romantically pine for the elusive love of star-crossed lovers.

Two souls in a flood, two lovers on the run
Once side by side they rode along as one
Two pure diamonds under the same straw hat
In the dark night, I long for our reunion

“It’s a bit mysterious, the song, but also well balanced,” Michaux says of its meaning. On one hand, it can be seen as a song about two lovers who long for a “reunion” or it can take on a more somber tone… of meeting again at the Pearly Gates.  “I hardly feel I wrote it,” he continues, expanding on how it’s a universal and celestial theme – of feeling incomplete… a ying missing its yang. “[The meaning] was always there… discovered rather than composed. It lends itself to several interpretations and that’s what I like about it. It has more than one voice.”

Set upon a delicate musical bed of gently strummed guitar, a dainty and an almost unnoticeable rhythm section, Michaux’s vocals are so airy and fragile on the verge of shattering. The fact that he sings it in French makes it that much more precious… not pretentious… but precious. His continued explanation adds to that ethereal fragility. “I mean the reunion in question might be the reunion of two lovers who had to part for whatever reason, but the song could also be envisioned as a joyous track about mourning and about the secret hope we can have to reunite with our loved ones in an ideal afterlife… the old theme of ‘Will the circle be unbroken’ and so many other spiritual hymns.”

While the song may sound dainty and carefree, its composition was anything but. He makes it seem so light and effortless, but writing it took a couple of years.  Having lived most of his life in Belgium, he moved to Denmark which began the genesis of the track.  “I began writing this song in 2016 when I first went to Samsø,” he explains. “It was sunny in the tiny courtyard of the house that we were renting at the time.”  Those clarion days coalesced into the radiance of the instrumentation, occupying the upper and middle octaves, adding to the overall breeziness and gauzy texture.  “I finished it three years later when I returned to Samsø Island and made an acoustic version before producing several months later the version which figures on the album.”

Poetic and gorgeous with phrasing hints of Edith Piaf and Serge Gainsbourg (undoubtedly by virtue of the French lyrics), “Nos Retrouvailles” carries the voice and ear of a seasoned auteur.  Wes Anderson, if you’re listening, you’re welcome. 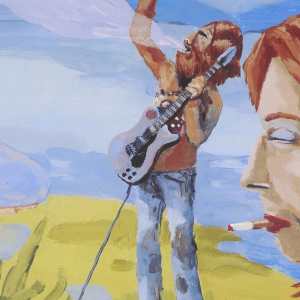 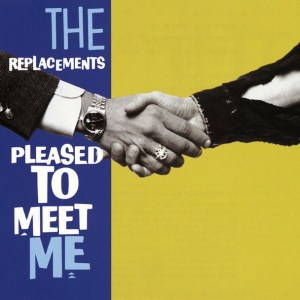