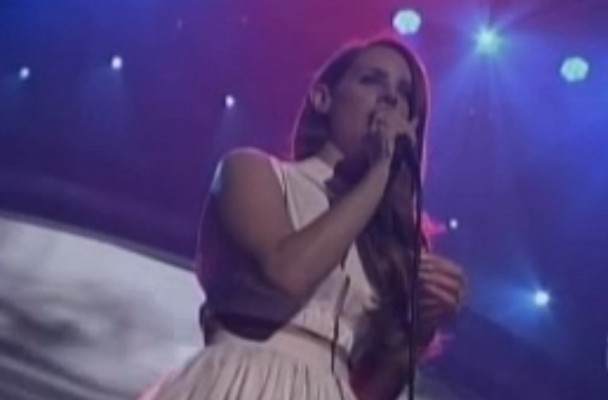 What would the American Idol judges have made of Lana Del Rey’s infamous Saturday Night Live performance? Would they have told her to “Smile more, dude?” or “Let you be you?” Or would they have said, “Yo, yo, America… Lana Del Rey has arrived!” She did go on to debut at #1 in 20 countries with her debut album Born To Die shortly after, so there’s that.

Watch Del Rey impress the Idol audience with this performance of her haunting single “Video Games” (the song that started it all) on last night’s show.