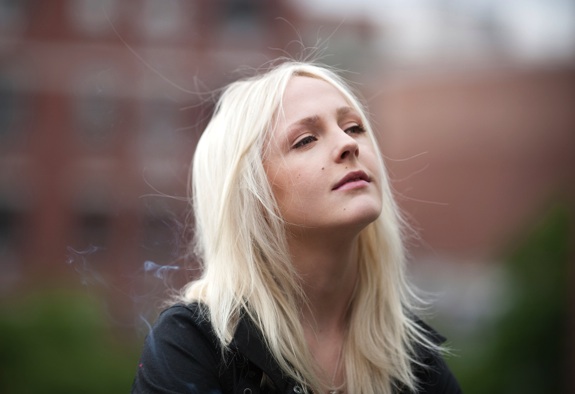 Laura Marling’s “Goodbye England,” from 2010’s I Speak Because I Can, is an unusually personal song for the typically-brainy and philosophy-bent songwriter.

The song is a contrast to her third album, A Creature I Don’t Know, which pulls between ’60s-folk London and ’70s-rock Laurel Canyon, and on the whole deals with a complicated human drama.

While Marling pours her thoughts into outside characters and influences on Creature (the writer Robertson Davies for “Sophia”; John Steinbeck on “Salinas”), she recently told London’s The Guardian paper that “Goodbye England” might be the closest hint as to the “real” Marling.

“I think the song that’s most me, and most how I speak, is ‘Goodbye, England.’ Because it’s so sort of soppy. And the line ‘We will keep you little one’ is so my family, because in my family I’m Little One, even though I’m about twice the size of them all. There’s some lines like that in my songs that I think only people who know me would know where that sits with me. That’s one of them.”

The song first surfaced towards the end of 2009 as a Christmas single: a wistful ode to wintertime England. But the song’s love story subtext was too juicy for Marling’s rabid fans, who were naturally curious about the song’s real-life meaning, especially in light of Marling’s well-publicized romantic links with both Marcus Mumford of Mumford & Sons and Charlie Fink of Noah and the Whale.

But Marling shakes off any songwriting truths. “I know what it’s like to be a fan and want to know the mystery behind a song. But actually now I’m on the other side of it, I know it’s artistic licence, and I know there’s no mystery behind it,” Marling continues to The Guardian.

Marling’s work often seems to try to evade signs of romanticism altogether. She recently told Australia’s The Vine that in life she’s driven purely by logic. “I make every decision by logic and sometimes that leads me to the right and sometimes to the wrong decision. But if I don’t think about things logically, I can’t do it,” she says.

And while it’s hard to ignore the romantic streak in “Goodbye England,” there’s also a cold logic in the way the character turns her back on England – and love. And perhaps that tension between the two is Marling, after all, in her truest form.

But a friend of mine says it’s good to hear
That you believe in love even if set in fear
Well, I’ll hold you there brother and set you straight
I won’t make believe that love is frail
And willing to break

I will come back here, bring me back when I’m old
I want to lay here forever in the cold
I might be cold but I’m just skin and bones
And I never love England
More than when covered in snow

I wrote my name in your book, only god knows why
And I bet you that he cracked a smile
And I’m clearing all the stuff out of my room
Trying desperately to figure out
What it is that makes me blue
And I wrote in a big letter to you
And it’s 22 pages front and back
And it’s too good to be used
And I tried to be a girl who likes to be used
I’m too good for that
There’s a mind under this hat and I
Called them all and told them I’ve got to move

You were so smart then in your jacket and coat
and my softest red scarf was warming your throat
Winter will leave us, left the end of my nose
So goodbye old England ’till next year’s snow 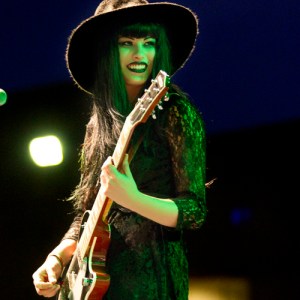