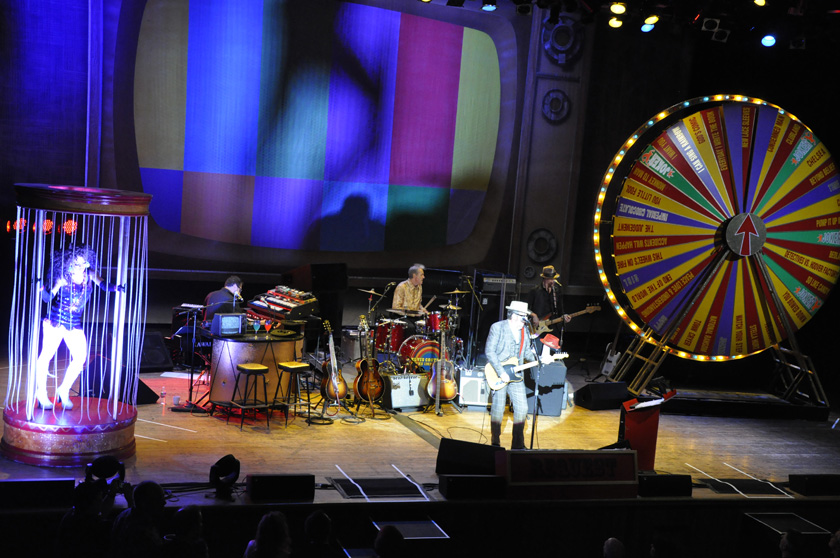 This wasn’t a night to be predicting anything. Elvis Costello’s stop at the Ryman Sunday night was most notable for its wacky format: A part of his Spectacular Spinning Songbook Tour, the performance established him as suave ringmaster to this musical circus. Excitable fans were invited onstage to spin a multi-colored wheel, featuring 40 song titles that include classic hits, obscure album cuts and a few well-known covers. The 2 1/2 hour seminar in pop music enabled its star to express his disregard for tradition and dig into his expansive catalog. Nonplussed by the pressures of the wheel, Costello addressed each quandary with a smile and a series of terrific guitar licks.

Costello’s willingness to go with the flow is a key aspect of his remarkable run over the last 35 years. Already having acquired a reputation as a masterful writer and performer, he allowed these game show antics to take measure of his prowess. Less seasoned performers would’ve been left struggling to collect their thoughts, but Costello was too busy seducing the audience with such concert staples as the sly “Every Day I Write the Book” and the seductive “I Want You.” From the first spin of the wheel (“You Bowed Down”) to the last (“Chelsea”), Costello’s backing band The Imposters matched the evening’s effervescent spirit with master strokes. The MVP of the evening was Steve Neive, whose theatrical flair on the keyboards accentuated the frantic energy of the moment. Veteran sidemen Pete Thomas (drums) and Davey Faragher (bass) were excellent in their own right.

Costello, clad in a plaid gray suit that stood in contrast to his colorful surroundings, had other buoyant supporters. A pair of scantily-clad hostesses selected audience members and sashayed inside a tall cage lined with string-of-pearl curtains. But the smoothest moves were offered through the music. With their often intricate vocabulary, Costello’s thoughtful songs give voice to the ABCs of life (“Cash,” “Happy,” “Time”) and love (“Alison,” “Joanna,” “Veronica”). Though the mood was mainly upbeat throughout the performance, an acoustic break during the second act offered evidence that Costello is no victim of his own versatility. Hearing his plaintive wail, lonely but not alone, cry out across the venue proved one of his old song titles true: There’s a story in your voice.

In this modern industry, it’s certainly no secret that Costello remains relevant without becoming a relic of the past. In fact, his interpretive skills only seem to improve with time. After a rousing rendition of Nick Lowe’s “Peace, Love and Understanding” towards the end of the evening, fans likely left hoping for a little more of all of the above.

Pump It Up
Peace Love and Understanding
Substitute (The Who cover) 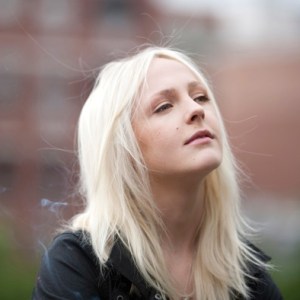