Laura Stevenson had braced the worst of it and found herself entering into the storm’s deceptively calm eye when she wrote her new record’s first song. “Children’s National Transfer” might bookend her self-titled project, out today (August 6) on Don Giovanni Records, but its heavenly barebones stoked the flames of her creative engine, propelling her down the tracks to self-realization amidst so much torment. Ten songs are full of sound and fury一signifying everything in her life, a monumental turning point that only now feels healed and cool on her skin.

Where “the record starts with such a raw, pure expression of rage” with the grungy shape-shifter “State,” the closer serves as “a little moment where I could be inside a store and nobody knows what I’m fucking going through,” she tells American Songwriter over a recent phone call. “And I can just go and look around a convenience store for two seconds. And nobody has to know what is going on in my life. Nobody’s feeling pity for me. Nobody’s feeling anything other than I’m a stranger with a soda.

“It was an interesting way to end it. There was no resolution at the time,” she says. She’d spent time as a caretaker一“a point person, while still also providing support, emotionally” to someone near and dear in her life. It took a detrimental toll on her mind, body, and soul, so it wasn’t until much later, after the promotional and touring cycle of her 2019 studio record, The Big Freeze, that she was able to settle back into her own home. That’s when the silence came crashing in, and all she had left were a collection of mosaic-like shards of herself. Like Humpty Dumpty, she had to put herself back together again.

And that took time. Lots and lots of time.

“That’s when I just started kind of falling apart and feeling everything and when I started writing,” she says. “Children’s National Transfer” poured from her fingertips, and with its windswept guitar chords, rustic and dirty, she presents a “poignant and beautiful and sad moment,” as a summation of her entire journey into and out of the torrential downpour. “I like that this song really doesn’t explain anything that’s happening, but it’s describing this moment. There are the moments of chaos, and then there’s these little in-between moments of just trying to figure everything out and these little moments of humanity.”

Songwriting was her salve. She could purge every drop of rage and exhaustion into words of healing, malleable under her forceful, yet still tender, touch. “It was really a great way for me to be able to kind of just put everything in order. It wasn’t like it was over when I got home; everything was kind of still happening. I was going back to the place where everything was happening, you know, on and off.”

But such distance and boundary-forging allowed her to begin that much-needed process, yet when left to her misery-bound reveries, there was more to address and confront than she initially anticipated. Once she’d written a body of work, whittling down to a batch of cohesive, structured songs, she then had to lay down vocal tracks一a step which resulted in a second wave of emotional trauma. “It was still too raw. I definitely wouldn’t have been able to talk about it, especially now that things have largely resolved themselves. I mean, they’re not going to be ever fully resolved, but things have settled so much,” she says. “Now, with regards to that situation, I feel I’m on the other side of it enough to talk about it in the past tense, so that makes it a lot easier. Because if this record had come out a year ago, it still would have been too raw to have these kinds of conversations. The time has actually been helpful for me to answer questions and feel normal.”

Stevenson completed work on the record well before quarantine一and while she was pregnant with her first child. “It’s been a weird, chronological journey for this record and how my life has been shifting around it,” she says. The wreckage of her heart now serves as a makeshift Stonehenge, markers slowly sinking into soil, and perhaps one day those will crumble into dust and leave only a faint imprint. Perhaps.

The pain swells and waxes red-hot all the same. With “Mary,” a folkish, angelic tune, Stevenson pleads for guidance and assurance from Mother Mary, inspired by her literal journey to the house where the storm was first conjured. An agnostic, the singer-songwriter admittedly has “had a hard time swallowing religion and fully ever believing. I’ve just been too much of a doubter and a questioner. I wouldn’t say I’m an atheist,” she says. “If there was a God, that would be awesome. But I’m always kind of jealous of people who have that blind faith. I’m always kind of seeking something, spiritually, and I feel like we all are in our way. Especially in moments of crisis, where you’re just like, ‘I’ll believe if you can make this go away,’ you’re just so open to help from anything, and you start praying.”

It was a burst of desperation, adorning a waltz-like luster shimmering at the song’s core. “That waltz in the middle of the song was its own thing for years. It just had never had a home, and I would always play it on the piano,” she recalls. “It didn’t make sense as a song on its own. I’ve never really written an instrumental song that’s been a success. Personally,  I never put songs out that are just instrumentals. There has to be a melody in here.

“I had this little chunk of music, and then I started writing the other parts of the song,” she adds. The pieces came in a flood, and soon everything locked into place. “It’s a puzzle. There are all the puzzle pieces, and you have to be patient. At some point in your life, they’re gonna find their way, and they’re gonna fit together.”

“Moving Cars” is another devastating trinket, a culmination of the initial drop she endured there at the tail end of it all. No one teaches you to breathe / Slow and feeble like the people that we said we’d never be, she sings across breathy soundscape.

With cellist Shawn Alpay’s help, string work contrasts the primal hunger for cleansing, as Stevenson finds herself toying with burning her life entirely to the ground and rebuilding from scratch. “Well, I can’t do that now,” she says with a laugh. “I’m married. I wasn’t pregnant at the time, but I thought maybe eventually, my life would have some sort of trajectory. So, it was just one of those moments where I was fighting that instinct to just fucking burn it all down.

“Shawn liked to build these layered worlds with loose strings. He knew the ins and outs of these new songs because I’ve been sending them to him,” she continues. “And he also just knew me so well, musically, from playing with me. He’s a really intuitive person. He played with such emotion. He was just along for the ride. He was one of the people who were in my life at that time, and I leaned on really hard. So, he knew everything, and he put himself there, emotionally.”

“Sandstorm” deceives you with its jaunty and bright musicality, cemented with even Stevenson’s wondrously smart and cheeky vocal inflection. “The lyrics were so heavy that I was like, ‘This is gonna be a fun song,’” she chuckles. With the pivotal lyric, for example (lay me down on the unrelenting ground / and let the sandstorm cover me), she needed a striking distraction, musically, so she pulls upon the powerpop sensibility of artists like The Cars and Tom Petty.

“That was a trick that I did a lot in my earlier records, where I had heavy songs that were kind of the rippers or the punk songs. That was definitely a nod to the way that I used to make records. I’ve been leaning less on that lately because I’m feeling more comfortable laying it all out there and letting it open to judgment. This song is vulnerable, and it sounds vulnerable.”

Naturally, a strong self-hatred begins needling itself into the album’s fabric, as outlined with “Sky Blue, Bad News,” an indie guitar moment with its own sort of groove. “It’s such a crazy thing to realize that that’s what you’re doing,” she says, “to step out of a situation and be like, ‘Hold on, I have literally nothing to do with this. I am just a spectator in this fucking nightmare.’ I was trying to come up with any reason why it was my fault. That was, to me, maybe the default thing to do, just to hate myself about something. It’s easy to do for a lot of people.

“It’s so easy to give yourself a hard time for something that’s completely out of your control. I think maybe it helps to feel like you have more control over a situation,” she adds.

From her armchair, life is vastly different than it was even 12 months ago. She’s gained greater clarity, not only in her personal life but in her songwriting. “Even though I am putting a little bit of a veil over it so that people don’t know exactly what I’m talking about, I am not relying too much on flowery words,” she reflects. “It’s more conversational in a way that makes me feel more honest. I’m not trying to make things beautiful. If they end up being beautiful, that’s great, but it’s just coming out of my brain and coming out.

“I feel excited about some of the things that I discovered about songwriting with this record,” she continues, pointing to “Continental Divide” and its pre-chorus switch-up. “The pre-chorus could be its own chorus. The second time the chorus happens, I swap them, so then the pre-chorus actually becomes the chorus. It’s almost like math problems for me to figure out.

“Life has changed a lot for me in the past couple of years, and it definitely changed me as a person. It made me stronger. I feel like I am able to handle more than I previously could, perhaps. It just made me look at life differently. It made me appreciate things more. My job went away for a really long time. Everything shifted in this crazy way, but I do feel like I can still find those beautiful little moments一holding my baby with my dog at my feet. It’s a moment of  pure, calm,  even though outside my door it’s fucking crazy.” 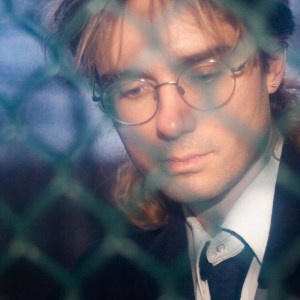 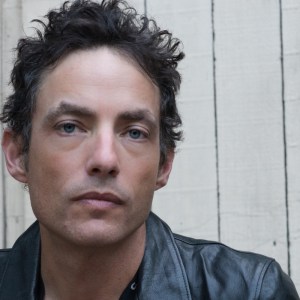