Lauren Alaina was dancing eight to 10 hours a day. Her hectic schedule on Dancing with the Stars left little room to be sad. Two weeks prior to her dazzling star turn, she went through a brutal break-up, but she didn’t want her pain to be the story on the show. Instead, she spun her tattered heartstrings into impressive dance routines.

“It was a time of celebration for me, and I was learning a new skill. It was really hard. I was also away from all of my friends and family,” he tells American Songwriter over a phone call earlier this month.

She couldn’t escape the sorrow, of course, so she wrote a song about it.

A stunning piano ballad, “What Do You Think Of,” featuring pop star Lukas Graham, sprouted out of her ache and began her entire journey of healing. “I was so sad, and I told my manager I needed to write about it,” she says. It was the only song written in the thick of heartache, and it clearly shows ─ emerging as the most vulnerable moment on her new EP, Getting Over Him.

“Do you think of February / So in love, it was scary / We were just two hearts, beating fast in the backyard / A cheap tent we bought at the Walmart,” she draws you into her story. “Or is it the kitchen, when we forgot how to listen / At the end of July, you were mad I was crying / On the edge of goodbye.”

Alaina paints with such vivid colors that it’s like you’re experiencing the fall-out, too. Her raw specificity calls directly to “the few hours of writing this,” she notes. Even more, it was the only “time in that period that I really allowed myself to be sad.”

Such sadness erupts from far more than the breakup itself. “The other person’s life became public in a whole new way that I was just not prepared to deal with. I wasn’t part of the story, so I decided not to speak about it at all. In a lot of ways, I felt trapped in that. It wasn’t really fair for me to be stuck in a story that wasn’t mine.”

The narrative of which she speaks surrounds ex-boyfriend John Crist. In November 2019, several women came forward with accusations of sexual misconduct against the prominent Christian comedian. ”Crist has exploited his Christian reputation and platform to harass, manipulate and exploit young women over the last seven years,” the detailed report reads.

As a result, Alaina was swiftly, and unfairly, drawn into the conversation when many called for her comment on the matter. She largely remained silent and now offers these reflections. “So many people were posting about me, and if you Googled my name, that’s all you saw,” she offers. “It just wasn’t my narrative. I was at the height of things, professionally, and personally, I was pulled out of my life and sucked into this whole new world.”

Nearly a year removed from the breakup, she chooses to let the music speak for her. “I’ve healed, and I’m in such a great place of peace with it. I wish the best for any ex I ever have. I don’t want to have harsh feelings toward anyone,” she says.

Written with Johan Carlsson and Asia Whiteacre, “What Do You Think Of,” which she didn’t initially want to release at all, strikes upon a very universal theme. Even now, Alaina discovers deeper layers to the song. “You can relate it to whatever breakup it is. This was about a specific breakup, but I could relate it to Alex. Most of the time, unless you have a family with the person, you don’t really talk with them anymore. When you look back, you think about what things remind them of you. You go from being someone’s person every day to being strangers again.”

Admittedly, the only reason she’s releasing the song is due to Lukas Graham’s involvement. “I was really against the song, even though I think it’s one of the best I’ve written… because of the emotional tie. I had a really hard time letting that go,” she recalls. During meetings with her publisher Warner/Chappell Music, someone tossed out Graham’s name, and he seemed like a natural fit, sliding into a similar emotive side-pocket for which he’s known.

As much as her EP deals in pain, Alaina spends plenty of time reclaiming her life. With “Bar Back,” she seizes her local watering hole, a haven of great comfort, camaraderie, and drinks. “You can have any bar that you want / But not this one / Midtown, find a new place to hang out / Better not see you around again,” she sings. There’s a cool command to her performance; she’s simply stating the facts, refusing to let her ex steal yet another thing from her.

The song, written with Hilary Lindsey and David Garcia, is entirely “factual,” she stresses, except that their first date was a taco shop (not a coffee shop as depicted in the song). “Everybody has their local bar. I travel on the weekends, so I got to my local bar on Tuesdays. I went there a lot with my ex. I told my manager, ‘You know what, I think I need to go take my bar back. Why are we not going to my favorite bar anymore?’ She literally goes, ‘You need to write that down.’”

Where Alaina’s sophomore record, 2017’s Road Less Traveled, explored “learning to love myself and empower myself and embrace others and be a kind, compassionate, giving, and loving person,” her new EP sifts through emotional wreckage, an effort to reclaim herself all over again. “I feel like the last couple of years, I’ve had to really stand firm in that. I’ve had to learn how to love myself when other people don’t.”

Getting Over Him EP ─ a how-to on being empowered through a break-up ─ pulses with emotional intensity. From the pitter-patter “Run” (co-written with Ben Johnson and Kennedi) to the rocky title cut (a collaboration with Jon Pardi, written with Paul DiGiovanni and Emily Weisband), Alaina rebuilds her life one brick at a time, and she eventually towers even higher than before. “People don’t know what’s happening behind closed doors, and I was drowning in emotions. Finally, everything ended, and I was back to me,” she says. “I thought, ‘Just because he did not love me, did not respect me, and did not treat me the way I deserve to be treated does not mean that I can’t.’”

She speaks raw truth across all six songs, including “If I Was a Beer,” a sassy little number (co-written with Garcia and HARDY). “You better thank your lucky stars / That I ain’t a PBR / ‘Cause it’d be going doing different ‘round here,” she shoots straight from the hip. “I wanted to take the high road during the break-up and be classy and kind and not comment, and that’s what I did,” she says. “So I wrote this song to say, ‘You better be glad my momma raised me the way she did and I kept my mouth shut.’”

“Everybody’s been wondering,” she concedes. Alaina is certainly used to the spotlight. She grew up right before our eyes on American Idol after all. For now, she’s done talking about her broken heart. She’s letting her new EP take it from here.

Alaina’s Getting Over Him picks up where Road Less Traveled left off. Three years feels like a lifetime in the music business, and to say everything about her life has changed is an understatement. With a No. 1 hit, headlining tours, and new acting ventures under her belt, she eyes what’s next from her dream board.

“I want to become a member of the Opry. Trisha [McClanahan, her manager] and I were just talking about that. That’s #1 on the list. We’re working on that,” she says. “We were talking about how our goals are now even bigger. There is a lot of power in writing something down and speaking it out loud. We’re going to sit down soon and write down some new goals. I would like to write songs for other people and expand what I’m doing. It’s been difficult to do that as I pour so much of myself into my own projects. My mindset has changed, too. I used to have so much fear wrapped around it. When I’m chasing something, I have more confidence in it.”

Much like Carrie Underwood has done for her, Alaina hopes to eventually “write songs for younger female artists and help them find their voice,” she concludes. “That would be ideal for me.”

Getting Over Him drops Friday (September 4). 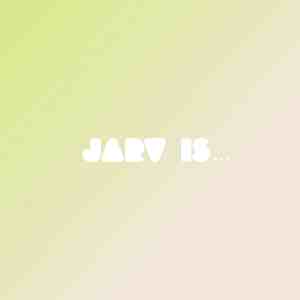 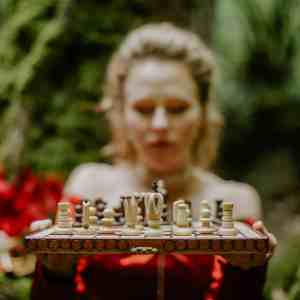