The band consists of lead vocalist/bassist John Cooper, his guitarist/keyboardist/harmony singer wife Korey Cooper, lead guitarist Seth Morrison, and drummer and co-lead vocalist Jen Ledger. John Cooper is the writer or co-writer of nearly the band’s entire catalog, with co-writers including his wife, Christian Producer of the Year Seth Mosley, and other band members and writers. He spoke with American Songwriter by phone from the band’s home base in Wisconsin about the new album package and his beard.

“There were lots of reasons that went into doing that,” he said. “I had a couple of songs that I really wanted on the [original Victorious] record, but you only have so many slots. We looked at the Covid timetable – are we gonna be out [of work] for six weeks or eight weeks? And that was six months ago! We had the time, I thought we’d just finish up some of the tunes and see what happens. So we thought, Why don’t we just do Victorious: The Aftermath with some brand-new songs on it and we can do some piano versions of other songs. It’s been a crazy time, such a crazy year. It just felt like the right thing to do. We recorded at the house, and Korey produced the bulk of the record anyway, so that worked out great because we weren’t allowed to leave the house for a few months.”

Skillet is one of the few rock bands from the ‘90s still going as strong as ever. “It took us so long to be recognized,” Cooper said. “We were a band for 10 years before we really had a hit song. By the time people were saying, ‘Oh, I know this band’ and we had a gold record, we were already in it 11 years. It took a long time to ramp up, but the cool thing has been that those fans stayed with us. Sometimes you see a band come out and their single’s number one, and they last for a few years, but they’re a flash in the pan. Skillet was built on that hardcore fan base who said their favorite band in the world was Skillet, while everybody else was like, ‘Who?’ But when you do that, those fans are with you forever.”

Skillet is different from many Christian bands, in that it rocks harder than most, and doesn’t exactly write what is considered typical praise and worship material. But they’ve been highly successful with fans of both Christian and secular rock, with some 12,000,000 albums sold according to Billboard.

“Skillet is a little bit unique in that,” Cooper said. “You can call it just luck, but I call it providence. It’s that thing that a lot of people try to do, and I can’t take credit for it. But we have tried to be known as a rock band. I want to be known as a rock band, but I speak out about what I believe, and what’s most important to me is not politics. It’s faith in Jesus Christ, who gave me hope, gave me a brand-new life. And I want people to discover that same hope in Jesus that I have.”

“Our songs are typically not very obviously Christian,” he continued. “They can feel spiritual to people, or they can have multiple meanings. And sometimes that means Skillet isn’t quite Christian enough for some Christians, and sometimes we’re a little too Christian for people who aren’t. But for the most part, it leaves the art open to interpretation. And in general, I think people enjoy that about art. And then, in interviews like this one or on stage, I get to talk about what it is that I believe.”

Skillet has announced a pair of full-production drive-in shows to take place October 9-10 in Cedar Park, Texas in October. “I love playing concerts, I love connecting with people, I love having a message of hope in a world that’s going crazy with violence and pandemics. People are scared for their lives for multiple reasons. There’s so much going on. That’s why I really enjoy playing concerts, because music helps people, and the message of our songs helps people, and I like that. I think the fans are just desperate to get out of the house and do something fun,” said Cooper, who sounded he’s ready to have some fun too.

For the “panheads” who are wondering about the state of Cooper’s celebrated beard, recent photos show that he’s been letting it grow to epic dimensions while in quarantine. “Yep, it’s gotten quite big,” he said. “I just can’t find a reason to trim this thing.”

Dig Skillet? Of course you do.
Go pre-order the new tunes. 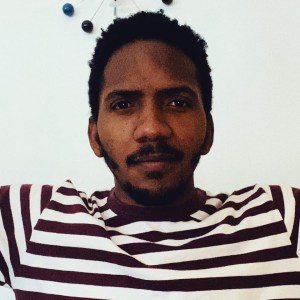 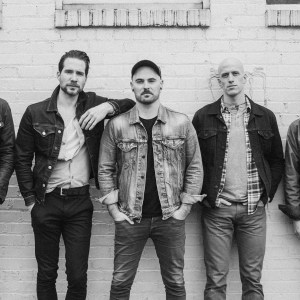