Levi Lowrey is a veteran performer at 30A Songwriters Festival. The singer/songwriter has appeared at 13 of the event’s 14 years. He’s made friends and fans along the way, too. Following his set on Friday (Jan. 13) at Beach Happy Café in Santa Rosa Beach, Florida, a fan praised the singer and said Lowrey’s music “saved my life.”

Fittingly, Lowrey describes his fans as family. He often performs at house shows, where fans host and house the singer and his wife, Stephanie, and their two sons. In return, Lowrey cooks for the family and performs. It’s this personal approach that keeps the fans coming back to see Lowrey, whether at 30A Songwriters Festival or at benefit concerts for his nonprofit, Music Heals.

The Georgia native sat down with American Songwriter after his festival set to discuss his songwriting approach, the story behind his No. 1 Zac Brown Band cut, “Colder Weather,” and the best advice he received from fellow 30A Songwriters Festival performer Darrell Scott.

30A Songwriters Festival is a four-day event celebrating the craft of songwriting. Located along the 30A resort corridor on the Gulf of Mexico in Northwest Florida, more than 175 artists and singer/songwriters perform throughout the week.

American Songwriter: Do you remember the first song you wrote?

Levi Lowrey: Well, I started writing instrumentals. I can’t remember the first one I wrote. I guess about fifth grade I started writing a lot of poetry. It wasn’t until I was 17, or 18 years old that I thought, “Hey, I could blend these two things; music, and poetry.” And she [wife Stephanie] was the one that convinced me to sing. I never wanted to.

AS: We’d love to dive in on your songwriting journey. Music must be in your blood with your great-great-grandfather being fiddler Gid Tanner.

In the cradle, they’re singing to Mac McAnally. I found out who Jimmy Buffett was through Mac McAnally. My dad was a huge Lynyrd Skynyrd fan. Love Lynyrd Skynyrd. Still do to this day. The Tanner side, my great-great-grandfather, wasn’t really presented to me until I was [older]. So I picked up the violin and started playing as well, started playing bluegrass and I’ve been doing this ever since.

AS: How did you become comfortable writing about your life?

Lowrey: Darrell [Scott]. Darrell’s my hero. Amazingly, my friend now. The first time I opened up for him, I asked him, “How do I get to the next level?” He said, “When you get there, you’ll scare yourself.” I didn’t understand what he was talking about until I had a life experience that I sat down to write about, and I scared the hell out of myself. I said, “Do I really want to be this open?” And I thought about what Darrell said and it’s the only way to get to that place, you have to be willing to lay it all out there and not care come what may.

AS: What was that story?

Lowrey: Well, it was infidelity. We’ve [he and his wife of 20 years, Stephanie] gone through a lot together and she’s strong enough to handle it.

AS: Did you release that song?

Lowrey: Yeah, it was on the first record. It’s called “Whiskey and Wine.” That’s the first one that scared me, and I understood what he meant. From then on there was no filter. I don’t go out of my way to make people uncomfortable. It’s just I don’t hide my truth.

AS: Why do you feel compelled not to hide the truth?

Lowrey: Because I think people resonate with truth. People resonate with real life. I understand the need for Friday night songs. We need that in our lives. I had it when I was growing up. I enjoyed it. I still have a few that I listen to. But we are sustained by Wednesday morning songs. That’s what keeps us going. Friday night is great, and more power to you. That has been my issue with radio for years and years. Please, by all means, have the songs you dance to, we need them as a species. But we also need balance. We need Wednesday mornings too.

AS: “Colder Weather” is one of those Wednesday morning tunes. What’s the story behind your Zac Brown Band cut?

Lowrey: To me, the whole song is summed up in the verse that we had to cut. The verse I sang tonight, In the rearview you can see a fire blowin’ / His hesitation comes and goes without her knowin’ / And in the distance through the windshield he can see the snow is fallin’ / And he wonders if his callin’ is worth one more goodbye. The whole song from my perspective was about, “Is it worth going on the road again and leaving her behind?” That was the whole song. Wondering whether or not it’s worth it.

AS: Why did it have to be cut?

Lowrey: On country radio, you gotta have about three minutes to three minutes and 30 seconds. But it’s okay. I’m thankful for it and I get to perform it as much as I want … I sing about leaving her and the boys. I was on the road for years and we were gone months and months and months at a time. I remember that feeling at about three months in you lose your mind completely and you’ll just cry at the drop of a hat. Everyone on the road just turned into an emotional train wreck and I think about that place when I’m playing that song.

Cillea Houghton contributed to this story. This interview has been edited for clarity. 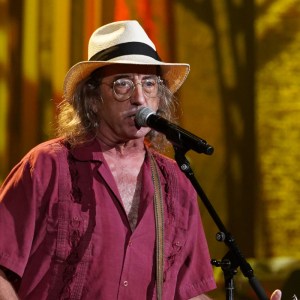 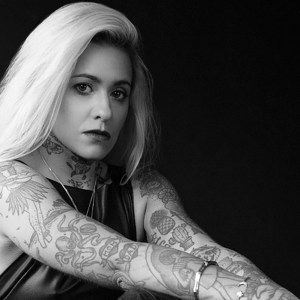