Morgan Wade remembers where she came from. The Virginia native spent the early days of her career gigging in local clubs where a microphone at times was a luxury item. But that didn’t deter her excitement from playing. After years of working her way up, she made it to Nashville and had her breakthrough with her second album, Reckless, released in 2021. Songs like “Wilder Days” and “Last Cigarette” solidified her as an artist to watch, her smoky voice accenting her honest songwriting. American Songwriter chatted with Wade, following her set at Red Fish Taco during the 2023 30A Songwriters Festival in Miramar Beach, Florida, about how she gained confidence as a songwriter, how mental health shapes her music, the pressure of her upcoming album, and more.

American Songwriter: How does it feel to be involved with a festival that’s dedicated specifically to songwriting?

Morgan Wade: I enjoyed this because it’s definitely a lot different than a full band, rock show, or festival. It’s just [guitarist] Clint and I down here playing, so we get to talk a little bit and tell stories. So it’s definitely a whole different thing…I think that [we] wouldn’t go play our heavier songs here [that] we would live, but it is nice to be able to do these because you can play the more intimate stuff and change things up and it’s cool to just have Clint right there on his acoustic guitar.

AS: When did you know that you were a songwriter?

Wade: For as long as I remember, I’ve been writing songs. I remember being six, or seven years old writing songs. It was always something I’d done. I’ll be honest with you, I kind of realized maybe a year ago, I think I’m actually kind of good at that. I think I never really had that confidence in that. But I saw how good Reckless has done and stuff like that and the people that are appreciating my work. So I’ve always considered myself a songwriter, I don’t know if I’d ever consider myself a real good songwriter. But now I’m kind of working on that confidence thing a little bit. But I considered myself a songwriter before I did a singer, I would say, just because I’ve been writing a lot longer than I have been performing.

AS: In those years of maybe not having that confidence, what kept you going in songwriting?

Wade: I just loved it. I’m looking at this tour that we’ve got coming up and everything except for a few shows are sold out. I was remembering the shows that I did where maybe there’ll be two or three people there, or it would be a show where nobody was listening or paying any attention. I just remember how excited I was for every opportunity. I think it was, I really, truly enjoyed it, and I still do. I hope that I don’t lose that drive and that dedication to it. But to me, I just always loved it. I wanted to do it and I wanted to work hard. So I was excited. I remember that level of excitement for every opportunity. Now I’ll drive by some of those places when I go back home and I remember you wouldn’t have a microphone or be able to plug in or anything, but you’d be there, and I was just excited because I’m like ‘I booked a show.’

AS: Where does your confidence as a songwriter come from?

Wade: I have no idea. It was always something I’ve done. I don’t really remember any kind of pivotal moments, it was just like that’s how my brain would work. I had this conversation with my mom about my siblings being in school and how every kid learns differently. It’s hard because I wasn’t the smartest kid at school. But I think everybody has their own thing. I remember I’d be trying to take a test or do something and I would have songs stuck in my head. I didn’t realize back then how to process that. But I just remembered that was what was in my head. And then I remember I was pre-med in college and I’d be sitting there writing songs down in my notebook not paying any attention. That’s when I realized, ‘you don’t want to be a doctor, you want to do music.’ So that’s when I made that transition to doing that.

AS: Is there a song that you felt most vulnerable writing or recording?

Wade: For the new record that we just recorded, there’s a song on the record called “27 Club” and I think that’s probably the most vulnerable song. It’s up there with ‘The Night,’ which was a very vulnerable song for me, and then ‘The Night (Part 2)’ has been even more. But all the mental health songs, I feel like every time I’ve done those, which ’27 Club’ targets my mental health. I think those are always the most vulnerable songs when you’re talking about things that a lot of people don’t want to talk about.

AS: Take me inside ‘The Night’ and ‘The Night (Part 2).’ What are those songs about and what stories came out in those songs?

Wade: ‘The Night,’ I wrote that one [when I] had been sober maybe a year, I don’t even know that I hit a year of sobriety yet. That one was dealing with my mental health and struggling to not drink and wanting to drink. And then ‘The Night (Part 2)’ is showing where I’m at now trying to navigate being gone all the time and being on the road and then trying to go back home and still be able to relate to that life and kind of come down because you’re homesick and you really miss being home. But then I’m home for two days and I’m bothering the shit out of [manager Mary Sparr] because I’m like, ‘I gotta go back, I gotta get to do something because I don’t want to be still.’ So it’s a lot to deal with that and the fact that I’m almost six years sober. So I think while it’s like, ‘Okay, it’s been a long time,’ it’s also been a long time, so I don’t remember the consequences of drinking. I don’t remember when you first get sober just the smell of alcohol I couldn’t handle, that just repulsed me…the sobriety aspect, that’s something that doesn’t go away, and your mental health, none of that’s linear. Growth isn’t linear, you have your ups and downs. So that was just to show how I’ve evolved as far as my music and my writing and where I’m at in life, sobriety, mental health all of that.

AS: Does mental health show up on your new album that you’re working on?

Wade: Yeah, for sure. I think that that’s always gonna be a thing. I don’t even have to try because it’s just what I write about, it’s the things I go through and the things I think about. So it’s not like I was like, ‘Oh shit, I gotta sit down and write something. I gotta write my ‘Night’ for the next record.’ It just came out that way.

AS: I would love to dig deeper into the second album that you’re working on. What can you tell us about that? What’s been the biggest difference between making this record and the first one you did?

Wade: I think that this one is a lot more pressure because it’s coming off of how well Reckless did, so that’s been in the back of my mind. We didn’t want to rush this one. I think that I felt very pressured, ‘I have to go get this record done’ and Mary was like, ‘stop.’ If I would have done that, I would not have had half of these songs…I’ve been touring relentlessly and this next year is gonna be even crazier with touring. I didn’t have that pressure of anything with Reckless…I didn’t know how that was gonna do so I’m not losing anything, not that I will with this next record, but it is a lot more pressure. That second record coming out if your first one has done so well is a lot of eyes on that and I’m excited…I had two of the songs that I added on to the [last] record I wrote the day before we went to the studio—’Other Side’ and ‘Met You’ on the previous record, both of those I had written right before we went into record so that was nice. But I got to do a lot of co-writing for this next record with some people that I really like and so it’s gonna be, it’s good. I like it. 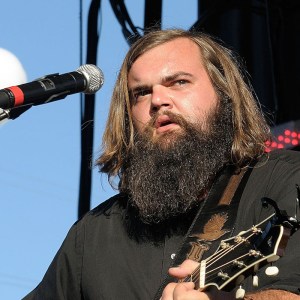 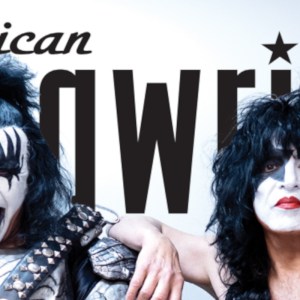