Lillie Mae
Other Girls
(Third Man)
Rating: 3.5 out of 5 stars

It never hurts to have Jack White in your corner. That’s especially true for an artist’s sophomore release, the one that shows if their debut was a one-off fluke or a harbinger of bigger and better things to come. While White is MIA on singer/songwriter/fiddler Lillie Mae’s follow-up to her 2017 solo introduction — which he produced — its appearance on his Third Man label, and her high profile opening slot on the Raconteurs current tour, help Mae get the kind of exposure other artists would kill for.

Of course none of this amounts to much without the musical goods to back it up. To that end, Mae employs Dave Cobb, one of Americana’s top producers, to assist in crafting, and ultimately expanding, her rootsy style.

These ten fresh originals range from the stripped-down, waltz-time bluegrass/folk of “Whole Blue Heart” to the dreamy, psychedelically leaning “Terlingua Girl.” The latter starts in a gauzy haze before shifting into a full blown, multi-layered, near nightmarish rocker. Cobb coaxes fuller, richer textures out of these often autobiographical slices of Mae’s life, exemplified by the opening “You’ve Got Other Girls for That,” a kiss-off to a relationship where she feels disposable. It builds slowly yet forcefully from a stark acoustic start to a full-blown, widescreen ballad. The Tom Petty-influenced “Some Gamble,” another look at a dysfunctional connection, navigates the tightrope between introspective folk and pop with its strumming, Byrds-inflected guitars. The “Paint It Black” referenced drums on “Crisp & Cold,” that questions romance with “What is love?/ And why can’t it be real?,” infuse a dusky ’60s groove to the reverbed vocals of the retro arranged tune.

Mae uses her honeyed voice to go countypolitan on the sprightly “Didn’t I” which obscures darker lyrics about a friendship gone sour (“Oh, you’ve been a friend/ And what way is that to treat a friend”) behind a jaunty, sing-along melody. Ditto for the mellifluous “How?” where she laments that “Because when you rolled me in your arms/ I thought I’d never let you go, but something’s changed” atop lovely, loose folk/pop that adds a twinge of rock with Mae’s bittersweet vocals. And things get really oblique on the almost avant-garde closer “Love Dilly Love” that swings into a bizarre, near prog circular riff with multiple overdubbed vocals closer to Patti Smith than Patty Griffin. 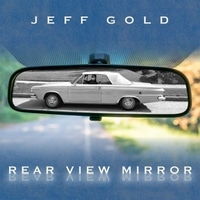 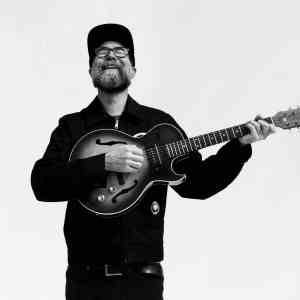