Aminé (born Adam Aminé Daniel), the fantastically popular Portland, Oregon-based rapper, who rose to fame with his 2016 song, “Caroline,” remembers listening to music in the car on the way to school with his mother. Those early morning trips, which seemed commonplace at the time, would provide both the spark and the foundation for the artist’s burgeoning, now-global career.

Today, Aminé, who recently dropped his latest record, Limbo, is one of the most popular lyricists on the scene and he’s become so thanks, in large part, to the support of his family and friends. From Limbo, there is a direct line to artists like Tupac, Michael Jackson and Keith Urban. Those artists Aminé’s mother adored.

Aminé recalls later being in class for radio programing in Benson Polytechnic High School in Portland. He and his peers were supposed to be doing schoolwork, but instead they used the old mics and equipment to freestyle over popular beets they played from YouTube. At the time, it felt like a joke, Aminé says. But it also unexpectedly flamed the spark that had sprouted in those car rides to school with his mother. Aminé fell in love with writing songs. He wanted more.

“After high school,” he says, “I couldn’t use that equipment anymore because I didn’t go there anymore. So I went and searched for producers.”

While “Caroline” was the start to Aminé’s career, Limbo will prove to be a giant leap forward still. Aminé began the record directly coming off tour for his debut 2017 album, Good for You. Aminé hopped in the studio almost immediately and began putting down new thoughts and ideas, things that had bubbled up from long stints on the road, along with fresh ideas and flows. As he began to build the album, though, he realized it was going to take longer to construct the cohesive work than he’d first anticipated.

“But I knew I had to put out music,” Aminé says. “So, to give myself more time, I put out my mixtape, OnePointFive, which did a lot for me.”

The mixtape gave Aminé another hit and allowed him to go on a new global tour. But, perhaps even more important than either of those benefits, Aminé now had more time to craft his sophomore LP in full. He left the west coast and traveled to Toronto to work with producers (and friends), Minus and Boi-1da. It was in these sessions that standouts on Limbo were crystalized, like the spritely “Compensating,” pensive “Can’t Decide,” candid “My Reality” and braggadocios “Shimmy.”

“All that came out because I had extra time,” Aminé says.

To celebrate the release of Limbo, Aminé released a live show on YouTube that, in about a week, has amassed a quarter-million views. The piece features a live band, back-up singers and the artist’s signature and organic sense of joy. Even though there were no fans in the room, judging by the comments, connection was felt by many through the screen. But in a world that is often hard – or much worse – on people who look like Aminé, where does that obvious joy come from? How is it so tangible, palpable?

“I’m a product of where I’m from,” the artist says. “And where I’m from is a very gloomy and depressing city. Growing up there, I didn’t want to make sad-boi indie rock music. I didn’t relate to that at all. I wanted Vitamin D music. I wanted to escape that feeling Portland gave me.”

To summon that joy is one thing but to preserve it for future drawings is another. Yet, just like where his love of music came from, so does Aminé’s support system that keeps him afloat and creative.

“Family,” Aminé says. “Keeping the same friends around. Surrounding myself with people I want to surround myself with. That creates joy and sustains it.”

Now, with his musical foundation secure and his ambition stoked, Aminé is set to work, while also carrying on the lineage of many who have come before him. Aminé speaks eloquently about the death of NBA basketball star, Kobe Bryant, who died in a helicopter accident in 2019. Aminé says that life cut short was a “wake up call” for him. He says “an alarm went off.” Bryant’s death, along with the tragic murder of rap star, Nipsey Hussle, propels him to this day. But if that wasn’t enough, his own heritage and family tree also pushes him to succeed. A first-generation American and son of immigrants, Aminé wears his identity with pride.

“I think about it a lot,” he says. “I’m personally so proud to be a first-generation Eritrean-Ethiopian. Because, growing up, for me, I didn’t really see people who came from that kind of background. That wasn’t something normal to see on screen. Now, I want to make sure that kids around the world from that diaspora relate to me.”

For Aminé, telling the truth about the world is as hip-hop as anything there is. After all, the essence or through-line to the genre is its ability to reflect the world in real time. For an artist steeped in hip-hop and music culture, born and raised by immigrants in a mostly white city that recently experienced massive protests against police brutality, there is a lot to say.

“If you look,” Aminé says, “time and time again in hip-hop, people are talking about racial issues and talking about tensions in America. That’s just normal. So, I don’t even think about it when writing those types of lyrics. This is the life I live and it comes out spilling on the page.” 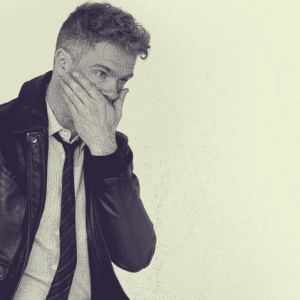 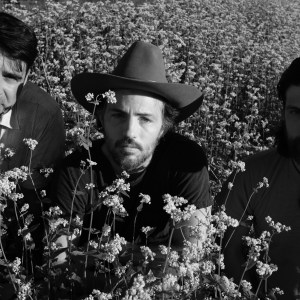