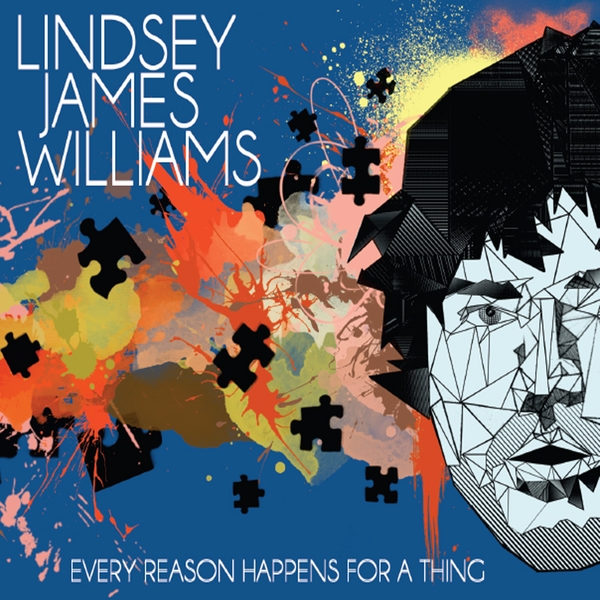 Lindsey James Williams
Every Reason Happens For A Thing
(Independent)
Rating: 3.5 stars out of 5

Being an independent artist isn’t easy for any aspiring musician. When your sole focus should be on digging through your soul or being an astute social observer to come up with material for original songs, honing your chops either vocally or instrumentally, or even getting your equipment repaired, it’s a nearly impossible task to have to also be in sole control of your own marketing, booking, and all the other minutiae. Never mind if you have a family or other regular life obligations. For the last decade, Lindsey James Williams has been working diligently on all of the above, and the fruits of his labor are finally on display.

Previously, Williams worked within a group setting with Wellhello, a pop-rock band who owed as much to James Taylor as they did to Matchbox Twenty. He revisits those days with a stripped-down version of “Back To Me.” While his vocal approach on the acoustic version matches well atmospheric guitar strumming, there is a bit of urgency lost with this rendition compared with the original and its heavy guitar and passionate drums. Still, the lyrics resonate.

Since that release, Williams has been honing his craft on small regional tours and bar gigs, doing everything short of busking. His ink well has been anything but dry. The album opener, “I Choose Me,” is a reflective six minutes of being on the edge of a cliff. Is he talking to a friend, lover, or himself? He opines, “If being true to me and all my hopes and dreams is what I need, I need to give this world a little part of me.” It’s a soul looking himself in the mirror, and trying to come to a decision. He closes the song out with the lines, “And in the end, we may find / That all the things we left behind / Were more than we could afford to lose / That’s why I have to choose me / I will set me free.” And so, he jumps from that cliff.

The follow-up song, “The Last Song,” may seem out of place by title, but paired with “I Choose Me” it seems a perfect pairing for the artist who is starting anew. After reading an article about musicians who had eerily written material that foreshadowed their early deaths (Buddy Holly, John Lennon, Hank Williams, and Jimi Hendrix), Williams composed the track. “I was pretty sad at some original music setback, and though I knew I didn’t mean it, I wanted to write about giving up and just letting is slip away – the memories, the music, the dreams, maybe even my very life. But I wanted there to be irony in asking the audience not to sing along in a catchy, singalong moment to imply I didn’t really mean it, just venting frustration.”

If there was a sense of lost hope, then “Try Again” is its answer. A wistful piece of prose that he wrote to send a positive message, perhaps even to himself, shows the power of the pen. It’s hard to not be affected by such a call. Everyone has moments where they’ve felt like giving up, and this is a song that anyone can be re-energized by. As he states, “‘Try Again’ is about it NOT being the last song…that you just keep being you through the struggle, keep your head up, and move forward.”

The album isn’t all heavy material. The light and sweet “Tessa Smile,” a love song to his daughter, is imbued with backporch folk showcased by a handclapping breakdown with friends in the studio, that is aided by a smartly placed banjo. On “Something Sweet,” a bouncy bassline pervades and eventually gives way to guitar solo. The song itself is a come-on, a man singing to a woman about how she drives him wild. It works equally well as a song celebrating the spark between two individuals who have just met and even how that spark can be reignited years later.

The recordings themselves are absolutely pristine. Williams credits producer Greg Pearce with having a strong influence on both the actual sound and with bouncing ideas around. On a number of song transitions, the tracks fade into one another seamlessly, giving it the effect of being one long related piece of work.

Every Reason Happens For A Thing is an album that hits on a number of life’s events. “It’s a production that began as a way to keep sane going through a divorce,” states Williams. During this decade-in-the-making album, he also managed to conquer a number of personal demons including alcohol and tobacco addictions. From that vantage point, it’s easy to see why some of the material has a sense of weight. Even though it’s his debut solo album, he succeeds at trying again. 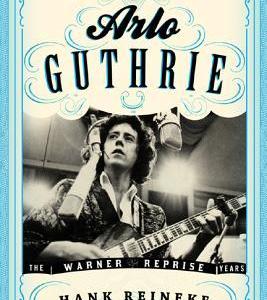 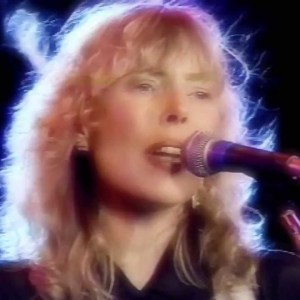