“‘Long Blue Light’ was recorded during the sessions for New Ways, live with just me and a drummer, Homer Steinweiss,” Vollebekk says in a statement, nodding to his 2019 album. “I had all but abandoned it but this year I kept coming back to it. I added some overdubs and had Cindy Cashdollar finish it off with a gorgeous dobro part. It was supposed to fade out, but I rather liked how it just falls apart at the end.”

The final product is hushed and doleful, a campfire tune for the weary. Vollebekk and co. finished it over the pandemic: “I had sort of forgotten about it,” he recalls. “But when everything got shut down, this song came back to me. I emailed Cindy to add some steel guitar. She said she heard more of a dobro thing and she was absolutely right. Her playing sounds like a book of poems.”

Vollebekk’s take on “29 #Stafford APTS” hews close to the original, which was written by Justin Vernon and BJ Burton and appeared on Bon Iver’s acclaimed 2016 album, 22, A Million.

“When that Bon Iver album, 22, A Million, came out, it put something of a spell on me,” says Vollebekk. “It acted on me the way records of my youth did. I could take a walk in that record and see things. I still do.”

“I started playing around with [‘29 #Stafford APTS’] some December evening way up North,” Vollebekk recalls, “when the light of dusk lasts hours and hours and everything goes blue. The snow, the faces, the houses. The two songs are a bit wrapped up together.”

The songs constitute the Canadian musician’s second double-single of 2020. In May, he shared the previously unreleased “Intro” to his Polaris Prize-shortlisted 2017 album, Twin Solitude, as well as an acoustic version of that album’s eight-minute-long closing number, “Rest.” Vollebekk built “Long Blue Light” in the same way he built his favorite Twin Solitude cuts.

“The songs that worked the best off of Twin Solitude,” Vollebekk said in a 2019 interview, “the ones that I connected with the most and that in turn somehow people would come up to me, and tell me that these are the songs that really affected them, were the last three I recorded, which were ‘Elegy,’ ‘Into the Ether,’ and ‘Vancouver Time.’ Those are the only three that I recorded just myself and a drummer… Those three I was like, ‘Oh, if I play just with the drummer, he’s like the metronome.’ I sing live. Then we build the entire track around my vocal.”

Check out Vollebekk’s new releases below.

“Long Blue Light” and “29 #Stafford APTS” are out now via Secret City Records.

Want to keep better time? Check out the Best Metronomes 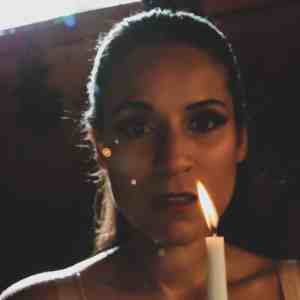 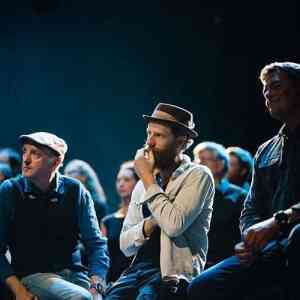