Before we begin, let’s just take a moment to pay respect to John Fogerty’s voice. It sounds like sunshine through a rusted pipe. Okay, now that we have that behind us, let’s check out one of Fogerty’s most memorable tunes, “Lookin’ Out My Back Door,” which he wrote with his influential California-’born rock band, Creedence Clearwater Revival, and released on the group’s 1970 LP, Cosmo’s Factory.

The gravelly rock single hit No. 2 on the Billboard charts. It was kept from the top spot by legendary singer Diana Ross and her rendition of “Ain’t No Mountain High Enough,” although it did hit No. 1 on a number of charts around the world. It’s also No. 1 in the hearts of many fans of the 1998 cult classic The Big Lebowski, a movie that mixes the mundane with the psychedelic, much like the Creedence song at hand. (Lebowski listens to the song, as you can see in the clip below, as he checks his rearview mirror.)

To begin with, is there any more banal way to frame a song? One looking out his own backdoor? But with the simple comes the detailed, too, when considering the best kinds of artists, like Fogerty. Since its release, many have speculated that the lyrics are about drugs. A sort of wild-minded tune as the singer sits agape and tripping, looking at the loopy world from his doorway. In the song, the narrator (Fogerty, let’s say) has just gotten home from Illinois. He needs to re-settle himself, take a rest.

He locks the front door. Looks out the back door. His mind unwinds, his “imagination sets in.” He listens to Bakersfield musician Buck Owens as a number of things pass in front of his eyes: happy creatures, dinosaur Victrola, a giant doing cartwheels, a statue wearing high heels. Elephants with tambourines. Flying spoons—in fact, it’s the flying spoons that trigger many to think this is a drug-related song. Before we address that, let’s dive into some of the song’s lyrics. Fogerty sings:

Just got home from Illinois, lock the front door, oh boy!
Got to sit down, take a rest on the porch
Imagination sets in, pretty soon I’m singin’
Doo, doo, doo, lookin’ out my back door

There’s a giant doin’ cartwheels, a statue wearin’ high heels
Look at all the happy creatures dancin’ on the lawn
Dinosaur Victrola, listenin’ to Buck Owens
Doo, doo, doo, lookin’ out my back door

Pretty trippy stuff. But, if you ask Fogerty, it’s not about drugs, he says. In interviews and in the Bad Moon Rising: The Unauthorized History of Creedence Clearwater, Fogerty is quoted as saying the song was actually written for his then three-year-old son, Josh. He’s also said that the reference to the parade passing by the door was inspired by the Dr. Seuss story, And to Think That I Saw It on Mulberry Street.

While the two-and-a-half-minute song packs a punch (and its music video features great beards, dad bods, and flannel), that there is still some mystery behind the meaning and origins of the lyrics is all the better. More than anything, though, it’s just an epic example of Fogerty’s inimitable scratchy-snarly voice that will live forever long past the view out any of our back doors. 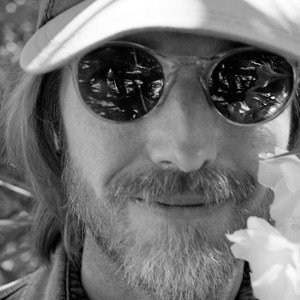 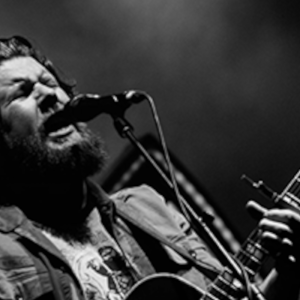