When considering the great British singer-songwriter, Michael Kiwanuka, it’s easy to think of his phenomenal voice first. It’s oaken, textured. It’s probably one of the five best male singing voices on the planet today (along with Leon Bridges, Eric Burton, Orville Peck and one other). But Kiwanuka’s path to music didn’t start with his singing voice. Rather, it began with his guitar, an instrument the artist says he was “obsessed” with in secondary school (the equivalent to American high school). Kiwanuka was a musical sponge after he discovered the art form’s importance to his life. His is a deep affection and he brings that to each composition, from new song drafts to his early hits, “Love & Hate” and “Cold Little Heart,” and his 2019 release, Kiwanuka, which is a favorite to win a prestigious 2020 Mercury Prize.

“Funny enough,” Kiwanuka says, “I found singing a bit later. It was the guitar I was obsessed with first. I started to sing around the age of probably twenty-years-old. I sang a little bit when I was sixteen, but not really regularly. When I did start, that’s when I started to write songs. I realized there was something to it. I used to practice everyday. I would sing along to Otis Redding, Marvin Gaye and mimic them.”

For anyone who’s heard Kiwanuka sing, it’s no surprise he shaped his voice with some of the all-time greats as models. But having an incredible voice does not a skilled songwriter necessarily make. Along with his singing prowess, Kiwanuka has a keen ability for songwriting. “Love & Hate,” which boasts some 50 million YouTube views, is an 8-minute, hypnotizing song that tears at the heart and uplifts at the same time. The video for the long track, Kiwanuka says, was done, in part, as an homage to old live Pink Floyd videos (like Live in Pompeii). The camera pans slowly, lingering.

“The idea behind it was to create the same feeling,” Kiwanuka says. “It feels like it lasts forever. It’s slow and patient.”

When Kiwanuka writes, it’s often deep and emotional. He’s always been this way. When he listens to Jimi Hendrix, it’s “The Wind Cries Mary.” When he listens to the Beatles, it’s “A Day In The Life.” He’s reflective, deep. Full of echoes. But, at first, he was reticent to show this side of himself. That’s where the guitar fit in so well. It was a buffer in some unconscious way. A music lover, from indie rock to soul and jazz, Kiwanuka, like most aspiring artists, didn’t know how to show himself off at first. So, he threw himself into the guitar to start.

“It was such a good tool for expressing myself,” he says. “Even though I wasn’t singing or writing songs at first, deep down I wanted to. I was just quite shy.”

Thankfully, for Kiwanuka, the area of London where he grew up – Muswell Hill – fostered musical development. It was woven into the culture. It was middle class and the people appreciated music (“Everyone’s parents listened to music and listened to older music, which is what excited me,” Kiwanuka says). It helped grow his love for the classics. As such, these influences (along with the six-string) are major aspects of his sonic tapestry. And his songs have since taken him places. Today, Kiwanuka, who says he has the right balance of fame, is able to go to the corner store and yet collaborate with some of music’s biggest names, like Adele, with whom he recently went on tour.

“We hung out a little bit,” Kiwanuka says. “But the main thing I got was that she loves music and she is very much a down-to-earth person. She sings and makes music for music’s sake.”

Kiwanuka worked with the six-time Grammy-winning producer, Danger Mouse, who is also one-half of the soul group, Gnarls Barkley, on the standout 2019 LP, Kiwanuka. The meeting of the creative minds ended up being a seminal moment for the British singer. Danger Mouse, Kiwanuka says, pushed him in ways he hadn’t been pushed prior. And to receive that nudge from someone so accomplished as Danger Mouse meant that much more to Kiwanuka.

“I was such a fan,” Kiwanuka says. “I was nervous. He’s done all these big records. But he opened my mind a bit to what I could be as an artist. He said, ‘Dude you could do so much more if you let go and really spread your wings.’”

As the 33-year-old singer ages, though, Kiwanuka says he thinks about his parents more and more. Specifically, their journey to the U.K. from Uganda and what they had to go through to find a safer life for their son. Kiwanuka’s parents escaped a tyrannical regime, allowing their child to become the artist he is today. As he ages, the story of their survival becomes less like a play in his mind and more like the real life events that shaped their lives forever.

“Being a first generation person here in England – the early years you’re just trying to fit in to whatever anyone else is doing because you feel different,” Kiwanuka says. “Then you get older and you think about your identity. You think more about your heritage and family. Then you try and go backwards to see how it all started for you. Their stories shape my music more and more, they affect my life more and more as I get older.”

While it can be hard to go back and retrace painful, challenging or even nebulous historical steps, music remains a constant for the burgeoning artist. It’s a crystal clear prism through which Kiwanuka understands the world. And as both his vision and ear sharpen, so does his appreciation for the work.

“The thing I love most is the feeling I get, whether listening to it or playing it or creating it,” Kiwanuka says. “I just feel so peaceful around it. Everything makes sense with music for me.” 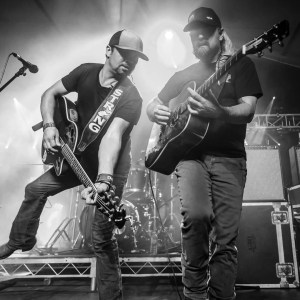 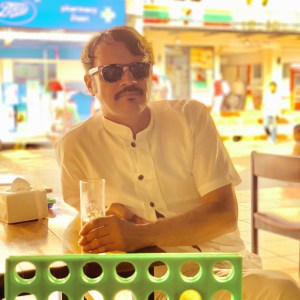