For the dynamic sonic force LP, who is known for her hits like “Lost On You” and “When We’re High,” it’s all about serving the song. There are many people who can sing, she says. Many people with talent. But the special thing in music is most often the complete composition, the song that compels one to dance, think, or even change perspectives on an idea. The song is the torch, no matter if it’s about sex and drugs or the essential deep love one human being can have for another, romantically or platonically. This is how LP approached writing and producing her new, forthcoming album, Churches, which is set for release on December 3.

“The song has to be the star,” LP tells American Songwriter. “There’s so much power to a song. I’m sitting in a house that I bought because of a song. But a song can also change your mood, where you go. You’re always just a song away from changing your life.”

One way in which LP exemplifies this maxim is by musically being genre-agnostic, fluid. In one moment, her voice is a kite soaring like an operatic rectangle in the blue sky. In another, she’s sultry, almost underneath the music, drawing you in.

“I don’t really adhere to a genre,” LP says. “Even my new stuff now. You’d be hard-pressed to put it in a particular genre. I feel actually that is my genre.”

LP, who was signed to major labels at one point in her life, found that those relationships bore no fruit for her. In fact, the story goes that she played a version of “Lost On You,” which now boasts around a bazillion streams, for executives and they passed on it. Thinking she wouldn’t be a front-person artist in that way, LP began writing songs. She amassed hundreds of them, some of which landed with artists like Rihanna and the Backstreet Boys. She wanted to write for country, rock and any other style she could find. She saturated herself in music, trusting her ear to know what works, even if it was unexpected.

Growing up, LP’s mother played music around the house, from opera to musical theater. She moved through the decades, first diving into classic rock and then to grunge and pop-punk like Green Day. She also explored hall of fame songwriters like Nina Simone, Chaka Kahn, Frank Sinatra, and Joni Mitchell. For LP, everyone had something to teach.

“I’m about songs,” she says. “I’ve always been fascinated by songwriting, to the point that I didn’t ever think I could do it.”

Often, some of the greatest artists feel intimidated to undertake the craft they love the most because they feel they’re not good enough. In that way, their love of it is so grand, they somehow think they may not be able to live up to it. While LP may have felt this way in the past, she doesn’t anymore. Her work is stunning and, yes, eclectic. More of a buffet than a prix fixe. On Churches, her first album since Heart to Mouth (2018), LP offers listeners 15 tracks. But while some are restrained and some epic, each is bound by the central theme of the album: honoring humanity in all of its vastness. Part in parcel with that, however, is a message of condemnation of narrow-mindedness and fascism.

“I want a life of diversity,” LP says. “I want all kinds of people in this world and the respect that comes with that. To honor people’s ways of believing in religion and God. I believe in God. I pray to God. If you don’t, that’s fine, I don’t care. But I definitely don’t want you telling me how to.”

LP remembers being in Russia recently, for a gig. It’s a place she enjoys, a place where she’s been treated well. On this occasion, she was there to play a private show. During the trip, she visited some old churches. But, because she’s a woman, if she wanted to enter certain churches, she had to cover her head.

“I just couldn’t go in for that,” LP says. “I respect that but it’s just not—not to get too religious or holy about it, but I know God loves me and I love God. And I know God doesn’t need me to cover my head in a place of worship. So, that’s it. I’m not going to go in. That goes against my belief in myself.”

It’s the clear and strong connection that LP seems to have with herself and her identity that comes through so strongly and thick in her music. We want to feel that same trust, through her art. In turn, she can create a fantasy world where she’s at the center and all you want to do is be the Robin to her adventurous Batman. Case in point: LP, who has a large tattoo of a ship set sail at sea on her chest, can metaphorically whisk you away on new journeys through her three-and four-minute songs. That’s her goal. To transport you. Change you, perhaps.

“I think my biggest quest for me is the body of work,” LP says. “I think that ultimately speaks for itself. I have such a perfect career, I’m so grateful for it. I know some people have no idea who the fuck I am—though, there’s plenty that do. But I think it’s super fun for those that don’t know who I am to later find out and they get into it. It’s like a door to a giant house that was in your closet.” 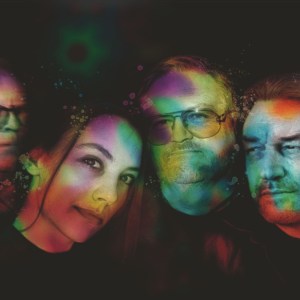 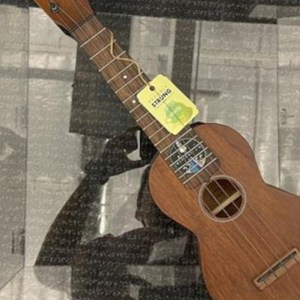