As American Songwriter’s newest columnist, I thought perhaps I should use this, my inaugural blurb, to introduce myself. I’ve also composed a mission statement of sorts for this column, which I’ll be sharing with you – but only after I overtly suck up to Caine O’Rear and Douglas Waterman. Caine, for graciously asking me to contribute to this prestigious periodical; Doug, for keeping these enlightening pages in circulation (and for his kind and flattering review of my most recent book). Fellas, I’ll try not to let you down.

Now, the aforementioned intro … Let’s imagine for a moment that you and I are at an industry schmooze-fest, piling cut-up veggies, chips, and cheese on tiny party plates. Not being one to allow a networking opportunity to slip past, I set down my Miller Light. While balancing my hors d’oeurve plate in my left hand, I extend my right. “Hi. I’m Rand.” You respond with your name (which more than likely immediately leaks right outta my porous grey matter). Then, you’re forced to fumble with your plate and your drink in order to accept my handshake. Maybe a couple-a carrots or a chicken drumette roll off your plate, or you slosh punch on your shirt. Awkward! (If I’ve irritated you already, just wait till I start boasting about my illustrious career.) Being the gracious person that you are, you ask me what I do. (Whoopee! Yet another chance to blather about my favorite subject: ME!)

“I’m a writer,” I respond. “Songs?” you ask. “Well, yeah, songwriting is my day job; but I also write books, screenplays, stage plays, blogs, articles, letters to the editor – whatever allows me to manipulate the mother tongue.” “Books? Wow. What kind of books?” “Mostly pertaining to my experience in the music biz. Two books for songwriters, a novel, and one based on a hit song I wrote a few years back.” “What song was that? “‘My List.’ Toby Keith.” Reactions to this revelation tend to run the gamut: from a blank stare and a vague headshake, to “You wrote that? Oh, my God, that’s one of my favorite songs! Have you written any other songs I’d know?” Okay, you asked… More than 250 cuts, Beach Boys, Heart, Cheap Trick, Tim McGraw, Indigo Girls, blah blah blah. I may be a tireless bore at times, enumerating the array of hats I’ve worn: major-label recording artist, songwriter, producer, A&R exec, publisher, etc. But dang it, kids, I’ve weathered four decades on this Mad Mouse ride. I think I’ve earned the right to toot my own horn once in awhile.

Now that you probably think I’m an insidious blowhard (a blowhard you’d more-than-likely never heard of till now), I’m gonna go gracious on ya. I am truly, truly thankful for every opportunity I’ve received to use my native gifts. And, I sincerely wish that every aspiring tunesmith could know the experience I had one afternoon in April of 2002. I was driving north on 12th Avenue South (hmmm, that’s pretty good opening line, doncha think?). I’d just passed Sevier Park. My cell phone rang. Rob Hendon, head honcho at Toby Keith’s Paddock Music said, “Rand, I just wanted to be the first to tell you. Tomorrow’s Billboard has ‘My List’ at number one.”

My emotions were overwhelming. I pulled my Tracker to the curb and sobbed Miss America tears. At 52, 30-some years into my professional career, I’d all but given up on ever hearing those words. Sure, I’d placed tunes on several multi-platinum #1 albums, received a Grammy nomination and a BMI Award. No tiny taters. Now however, a little song I’d made up in my attic with my buddy, Tim James, topped the Hot Country Singles chart. This was not only a first, but a triumph no one could ever take away from me. This was my gold medal, my championship ring.

However, the tears of joy I wept that day were not just for me. They were for my friends and my family – especially my parents, who had stood by me with unwavering belief since, as a tow-headed 5 year old in a coon-skin cap, I boy-soprano-ed “Davey, Davey Crocket, king of the wild frontier” for my Lake Grove, Oregon kindergarten class. A #1 song was not just my victory. It was ours. Nobody makes it alone. It takes a village. Or, as my friend, Liz Rose, frequent collaborator and co-Grammy winner with Taylor Swift says, “It takes a damned continent…” And that’s just for a song to get cut! The number of scenarios that can manifest after that, Jimmy Webb surmises, “…could be a design for the chaos theory.” For a song to scratch and claw its way to the top of the charts requires the tireless efforts of a coordinated team – along with some very lucky roles of the dice.

Success as a songwriter not only requires craft, perseverance, and the ability to withstand a million “no’s,” it needs miracles. With this column, I will attempt to re-align the stars a bit in order to hasten the day when you hear those same magical, joy-filled, tear-inspiring words: “Your song just hit number one!” If you’re loony enough to listen to the whisper of the Muse and foolish enough to believe that you can somehow defy impossible odds, how could I be so selfish to withhold what I know about doing just that? I may be grinchy; but I’m not that kind of Grinch.

Mission Statement: Makin’ Stuff Up intends to expose the songwriter to perspectives he or she may not have yet considered. By relaying the career experiences of the author, and/or anecdotes from other songwriters, publishers, and music-biz pros, this column sets out to enlighten, inspire, and encourage (as well as entertain) the reader, with the belief that sometimes even the slightest course adjustment can make all the difference in reaching thus-far elusive creative and career goals.

Keep on makin’ stuff up, brothers and sisters. You’ve got a friend in me. I’m on your side.

A 4-decade music biz vet, Rand Bishop (www.randbishop.com) has been a major label recording artist, session singer, A&R exec, platinum producer, and hit publisher. As a songwriter, he counts more than 250 cuts, including country radio’s most played song of 2002, “My List,” (Toby Keith). The author of four books, Bishop resides in Nashville, where he continues to write and coach aspiring artists and songwriters. 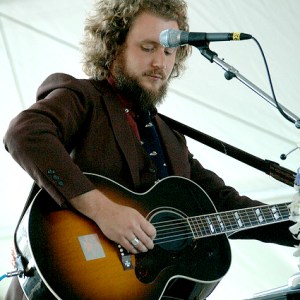