Today Bradanini premieres her new single “Oscar Wilde” with an accompanying video via American Songwriter. She also announces her debut solo album, Only A Woman, which arrives in July.

“Woe is you and your Bachelor’s degree / Studied the classics and poetry / You’re no Voltaire or even Robert Bly / and you’re certainly not the first to quote Oscar Wilde,” Bradinini croons in the song over sauntering steel, twangy guitar, and easy percussion (Nashville singer-songwriter Tristen provides dreamy backing vocals).

“Let’s have another drink and I’ll pretend I care / you can play the misanthrope and I will twirl my hair / until my disdain for your apathy I can no longer hide / so please no more talk or quoting Oscar Wilde.”

The track was partially inspired by Father John Misty’s “The Night Josh Tillman Came To Our Apartment.” “There is a brilliant take-down of a certain type of woman Father John Misty eloquently eviscerates in [that song], which features the lines, ‘She says, like literally Music is the air she breathes and the malaprops make me want to fucking scream. I wonder if she even knows what that word means, Well, it’s literally not that,’” Bradanini tells American Songwriter.

“It’s so clever and witty and disemboweling, but also piqued my curiosity about the woman’s POV and her actual culpability in the exchange. Moreover, it spurred me to the larger issue of women who have encountered a certain type of misanthropic, barroom bard who speaks at and over us with a stunning sense of intellectual superiority and deafness, all while wearing a feminist pin on his vintage lapel.”

“Oscar Wilde” was also inspired by the cover of Leonard Cohen’s 1977 album Death of a Ladies’ Man. “He’s flanked by two gorgeous, yet partially edited women,” Bradanini says of the visual. “They are minor characters who service the leading man. Now I am a massive fan of both these songs and artists, but found myself yearning for the voices of their muted muses. I’ve also run across a certain type of Oscar Wilde-quoting mansplainers that I wanted to immortalize in song.”

Bradanini has also immortalized these mansplainers in video, thanks to Melissa Hunter.

“The first time I listened to ‘Oscar Wilde,’ I was instantly transported back to my romantic life in my 20s, where men spent dates talking at me, desperately needing to prove they were intelligent, worldly and important,” says Hunter, who directed the “Oscar Wilde” video featured below. “The less I talked, the more they liked me. When I look back, the dates all blend together into a feeling. And that feeling is what I wanted to capture in this video—the  feeling of being a woman with a voice, with opinions, with tastes, in a bar filled with men who do not notice.”

The video stars Charlene DeGuzman as the mansplainee to whom Bradanini’s “misanthropic, barroom bards” ramble. One of these men continues mansplaining—to nobody—after DeGuzman’s character ditches him; another tries to show her how to smoke. Meanwhile, Bradanini lounges on the other side of the bar in a reverse-gender take on that Leonard Cohen visual, flanked by two gorgeous young men. Eventually she hops behind the bar to commiserate with DeGuzman’s character through a single knowing glance.

“I was very fortunate to pull together a talented group of actors for this video, most of which I had worked with in one way or another before the shoot,” says Hunter of the video. “DeGuzman is such a brilliant actor—she possesses so much power and vulnerability, and can say so much with no dialogue. The three dates—George Kareman, Ross Bryant and George Basil—are all incredible comedic actors I’ve worked with or seen perform. I wish we had sound so you could hear their improvised dialogue when I asked them to ramble on and on. It was so brilliant and so, so horrible.”

Hunter credits her director of photography—Alyssa Brocato—with capturing the vibe of the song in the video. “Even with our limited budget, she was able to create a vintage, ethereal mood that fits so well with the story of the video and Marchelle’s music,” says Hunter.

Only A Woman—produced by Adam Landry with Amy Wood on drums—is out July 3. 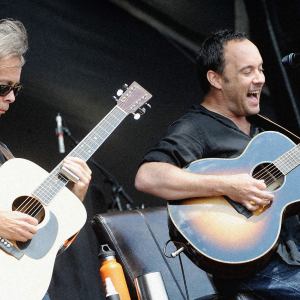 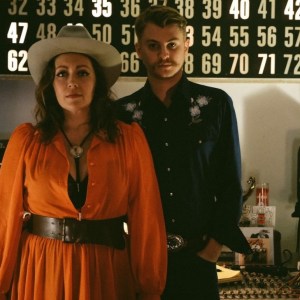