When Maren Morris began plotting her sophomore album GIRL, she was in uncharted territory. Her 2016 major label debut LP, HERO, was a critical and commercial success, netting the now-28-year-old singer-songwriter a Grammy Award (Best Country Solo Performance for “My Church” at the 2017 ceremony), a CMA Award (New Artist of the Year in 2016) and her first number one country song (“I Could Use A Love Song”). It established her as one of country’s most promising young songwriting talents, as well as one of the best new vocalists performing today, genre be damned. And as if that weren’t enough, she’d found crossover pop success (and massive boon to her already growing fan base) touring the world with One Direction’s Niall Horan and through the blockbuster success of “The Middle,” a pop collaboration with EDM artist Zedd and electronic music group Grey which, at press time, has sold more than 750,000 units.

But matching the success of her debut work was only a piece of what Morris was up against when she began writing material for what would become GIRL. She was also releasing music into a climate that, though long unfriendly to female artists, heavily favors male country performers, particularly when it comes to airplay on country radio. A seasoned songwriter who’d written cuts for artists like Tim McGraw and Kelly Clarkson before pursuing her own career as an artist, Morris says she was never intimidated by the climate, but did feel compelled both to use her platform to comment on the inequity and to write an album so strong that even the most women-averse in the country community would have no choice but to sit down and listen.

“I definitely did some soul-diving trying to get to the bottom of what I was feeling,” she says, calling from Los Angeles the day before releasing GIRL’s first single, which is also its title track. “You’re in such work-mode when you’re on tour constantly that it’s hard to get back in the writing room, which used to be so comfortable to me. All of the sudden it was really foreign and I was having to re-learn how to write a song because it had been a year of touring. Once you take that armor of workhorse off, you are incredibly exposed.”

While Morris had experienced success beyond what she’d ever dreamed would come from her proper debut album, she had also — in her growing fame and public visibility — opened herself up to new avenues for criticism and negativity, some of which took a considerable toll on her mental and emotional well-being. She also realized that both her battle to be heard and taken seriously in country music, in addition to similar battles fought by her fellow women-identifying country artists, had truly taken its toll on her.

“I remember I started going to therapy last year because I felt so exposed,” she says. “I don’t know if it was the planning of my wedding or whatever was going on in my mind at the time but something really shook me last year where I felt like I wasn’t my usual kind of feisty, Texan self who can say ‘Fuck off’ to haters and trolls on the internet. I didn’t have that same sort of mentality anymore. I was actually really affected by negativity at that point.

“I think getting to the bottom of what I was feeling was that I really am affected by the lack of females in country radio and country music right now. I’ve always tried to be pretty vocal about those issues, but actually letting it affect me on an emotional level and realizing how pissed off I was didn’t quite sink in until I was writing these songs.

The song “GIRL,” co-written with Greg Kurstin and “The Middle” co-writer Sarah Aarons, is one of Morris’ most powerful statements. Soulful and emotive with a hint of twang, the track channels the vulnerability associated with a tenuous friendship into a grander statement about the complexities of modern womanhood. “I don’t wanna wear your crown/ there’s enough to go around,” she sings, in a lyric which reveals both the gendered competitions women are forced into due to limited opportunities and Morris’ own rejection of playing into such restricting patriarchal power structures.

“I was telling [Greg and Sarah] about this issue I was having with a friend of mine and how she and I are friends but we also are unnecessarily competitive with one another and neither of us really understand why,” Morris says. “We are constantly trying to get our friendship on the same page and it’s just exhausting and it eats both of us up inside. I started writing this letter to her in the form of this song and I realized that I really wasn’t writing it about her; I was writing it to me.

“Once I had the realization that this wasn’t about another person, that I needed to say this to myself and have some tough love on my inner critic, I think that’s where the whole song took a turn. I got really inspired to finish it because I knew that I needed to write it down and get it off my chest. I just wanted to keep the language in the song really simple, like a letter you would write yourself.”

‘Maren and I had already been talking about writing a song about being a girl or showing love for girls but we felt like we couldn’t do it without being cheesy,” Aarons says. “Then Maren just said something like, ‘What if it’s a song to myself?’ Greg started playing the guitar part while I was in the kitchen making a cup of tea and I came back in the room and we both just started singing then within the hour the whole song formed.”

An accompanying video for “GIRL,” released a week after the song itself, doubles down on the track’s exploration of the many layers of the female experience. The first half of the video, which was directed by Dave Meyers, shows a diverse array of women from behind, their faces obscured as the encounter various everyday difficulties, from enduring male abuse in the workplace to trying to live freely and authentically in the face of parents who, the viewer can presume, hold traditional perceptions of how a woman should be.

The video ends with Morris, apparently mid-interview, saying, “Well, one of the hard things about being a girl is having to always answer questions about why it’s hard to be a girl.” She succinctly sums up just one of the unfortunate realities faced by today’s female country artists — they’re ignored by country radio, yet forced to speculate endlessly as to why such inequity exists. (The answer is pretty simple but few in power seem willing to hear it.)

Elsewhere on GIRL, Morris offers myriad examples of what it looks like to chart one’s own path. “All My Favorite People,” a duet with Brothers Osborne, is, with its hefty riffs and twangy vocals, one of GIRL’s more sonically traditional country moments, though it veers from commercial country with lyrics like, “I don’t know about them but I know about us, it is what it is and we love who we love,” a line which plainly suggests non-traditional partnerships are just as valid as their heteronormative counterparts. “Common,” a soulful Brandi Carlile collaboration, “also flirts with controversy (at least within white-bread, Christian commercial country) when, at the song’s chorus, Morris and Carlile admit, “If I’m being honest, I don’t know what God is.”

This confessional songwriting would be right at home in Americana — which, in recent years especially, has become a haven for left-leaning country artists and those who dare veer from the handful of commercial sonic formulas heard across country radio (example: cue a generic beat on a drum machine, loop a vanilla banjo lick, repeat “hey, girl” in a nasally baritone, ad nauseam) — but Morris, despite creating music counter to mainstream country radio, maintains her place as a country artist.

That doesn’t mean, though, that she confines herself to any one sound. Alongside co-producers busbee, who also worked on HERO, and Greg Kurstin (Adele, Sia, Kelly Clarkson), Morris incorporates soul, R&B, pop and rock into the 14 tracks that comprise GIRL, creating a rich enough tapestry of sounds to fully showcase the raw power and versatility of her voice. Side-two standout “Gold Love” builds an infectious pop song off shimmering shards of electric guitar, a funky, roving bass line and a gospel-influenced breakdown at the track’s bridge. Closer “Shade” uses a simple piano arrangement and Morris’ preternatural sense of building vocal melody to dramatic, cathartic effect.

“I really strive to make things that don’t sound in the can or flat or generic,” she says. “I want them to feel really full and lush. Like I got a bigger budget on this album [laughs] so I got strings. That was such a fun layer to add to this album because they add so much.”

Another standout track, “Flavor,” coalesces both Morris’ catholic sonic leanings and her GIRL-era themes of empowerment and going one’s own way. The song declares, “I’m cooking up my own flavor, even if it ain’t your style” atop a bombastic rhythm section à la HERO’s “Rich,” making for a song that could easily find a home on a break-up playlist, soundtrack a resignation letter or, importantly, serve as a catchy middle finger to country radio programmers.

“With ‘Flavor,’ that song is really tongue-in-cheek and there’s a lot of fun in it, but it certainly came from a place of rage,” she says. “I’ve tested it out in some live shows and every time I sing the line in the bridge, ‘Shut up and sing, hell no I won’t,’ that just floors people. They freak out. It’s amazing to watch. It’s something I think more people should be saying, men and women, in the industry.”

In many ways, the track sums up why fans and critics alike have worshipped at Morris’ altar since she first released “My Church” back in early 2016: it’s relatable yet universal, catchy yet clever. “Maren is just the real deal,” Aarons says of Morris as a songwriter. “It’s hard to explain, but when she sings or writes it looks so easy and effortless. She’s just so genuinely herself and she’s incredibly talented.”

While Morris is undoubtedly making a broader statement with GIRL than simply the release of a sophomore album, for her part, she’s just following her own muse wherever it leads. She’s also, at heart, a music fan first and foremost, and, despite her shelves of awards and accolades, still judges her own music by one standard that should be familiar to any of us who have fallen in love with a song out on the open road.

“My road test is always just playing these demos in my car and driving around,” she says, laughing. “I always end up picking songs for these albums solely based on the fact that I’m not sick of them after listening to them 50 times, just listening to them out of my own car speakers.” 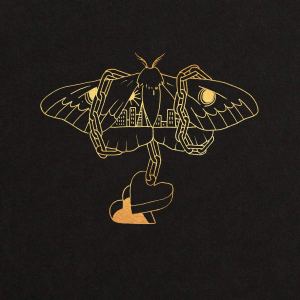 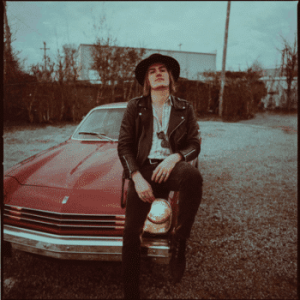