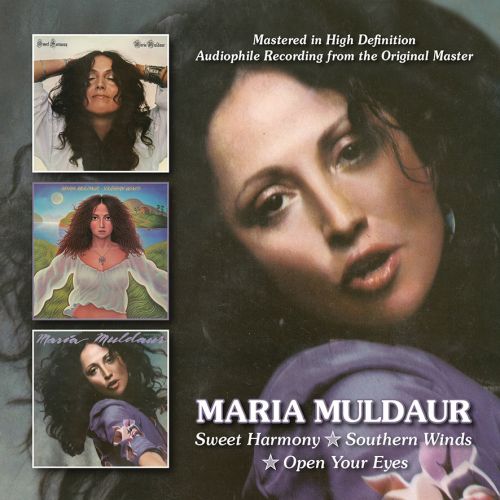 Leave it to the Brits to reissue America’s own music, reminding us of how rich our own recorded legacy is. And do it at a budget price too.

This double-disc package contains three long out-of-print albums from singer (but not songwriter) Maria Muldaur. They were her third (Sweet Harmony), fourth (Southern Winds), and fifth (Open Your Eyes) solo releases originally from 1976, ‘78 and ’79, but Muldaur was already a seasoned professional. She started her career singing and playing occasional fiddle in both the Even Dozen Jug Band and perhaps to more acclaim with Jim Kweskin’s Jug Band, before recording two obscure albums with her then husband Geoff Muldaur. Things really started cooking when “Midnight at the Oasis,” a last minute addition to her 1974 solo debut, was a surprise Top 10 hit, pushing the album to #3 and saddling Muldaur with a trifle of a song she still can’t get off stage without singing, over 40 years later.

But look past that track to find that Muldaur, whose voice could shift from sweet as honey, to raspy, sexy and mean in a heartbeat, was skilled at choosing terrific, often obscure material from eclectic American genres of jazz, big band, folk, gospel, blues and R&B. She also hired some of Americana’s finest musicians including legendary drummer Earl Palmer, veteran guitarists such as J.J. Cale, Amos Garrett and Waddy Wachtel, along with bassist Willie Weeks, Stevie Wonder (on harmonica), saxist Junior Walter and even Linda Ronstadt on backing vocals.

The 30 songs on these three albums, her final ones for the Warner/Reprise imprint, cover a wide swath of musical territory and songwriting sources. Muldaur taps into the catalogs of everyone from Smokey Robinson, to a pre-fame John Hiatt, Leon Russell (Southern Winds includes three of his songs), Wendy Waldman, Neil Sedaka and, in one of the finest performances here, Hoagy Carmichael who helps her interpret his “Rockin’ Chair,” first recorded in 1929. Although she sounds nothing like her contemporary Bonnie Raitt (they were on the same label at the time), there is a similar sense of Raitt’s eclectic musical explorations and both possess instantly recognizable voices that make even the weakest material they record worth hearing.

You’ll have to overlook the somewhat dated ’70s production that interferes occasionally, especially on Open Your Eyes, the weakest of these three sets. And, while detailed notes are usually helpful, 10 pages of overly exhaustive liners are far too wordy.  But Muldaur’s sultry, vibrant and consistently joyous voice is such a force of nature, you can forgive a few missteps and sink into a trio of albums with enough delightful moments to make this terrific reissue a reminder of just how talented and classy of a singer and interpreter Maria Muldaur has always been. 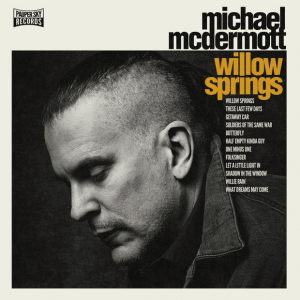 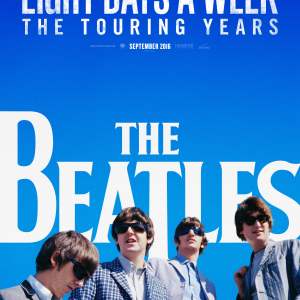