The good news is that Mark Knopfler is still combining piercing songwriting with guitar brilliance on his wonderful new album Down The Road Wherever. The better news is that the album title anticipates a U.S. Tour in 2019. Knopfler recently spoke to American Songwriter about the influences on his newest songs, our over-opinionated culture, and the unflagging passion for music that his sustained him through his four-decade career.

You have songs on the new album about trappers and drovers, somewhat archaic professions. Do you ever have to do research for them?

Well, “The Trapper Man” can be about anybody. As far as I’m concerned it can be about the music business. It doesn’t really make any difference what business you’re in. The principle is the same. But I do like to research a little bit here and there. It depends on the song.

Was “Nobody Does That,” which has a 70’s Stevie Wonder funk vibe, as fun to play as it sounded?

That was first take. That’s how great the band is. All we had to do was maybe edit it a few places. I may approach some songs in a different way, you know, make a map of the song and try and learn a little bit more about it. But the whole band approach all at once is really pretty exciting.

Do I hear some Sinatra influence in the ballad “When You Leave?”

I think so. I listen to all kinds of music when I’m in my study. That kind of stuff would be there, and Chet Baker. I think it’s all an influence. It’s all relevant. It’s all part and parcel of who you become. I’m glad I had the players that I had to make that thing. It adds to your confidence, because you start thinking that there’s nothing that this band couldn’t take on.

What influenced “Heavy Up,” which seems to take some shots at those who feel they have to share their opinions, even if they’re negative ones?

It was just a story that somebody was telling me one day. These are songs that come from watching people and talking to people. It’s real enough. I think it applies to a lot of people. It’s one of these modern malaises, you know. Nowadays I find that, with everybody having an opinion, there’s a lot of idiots out there who think that their opinions are really important.

The internet seems to breed that.

Sure. Absolutely it does. In fact, it’s one of the things that makes a lot of teenagers’ lives miserable too.

It seems like a lot of these songs feature characters who have found themselves in solitary professions or circumstances. Is it fair to say that might be a theme running through your entire body of work?

I suppose so. Probably that does apply to a lot of songs, but then the act of writing is solitary too. Maybe I relate to that. I mean I think it’s important to be able to be happy with your own company sometimes.

“Matchstick Man” finds you looking wistfully back at your pre-fame self. Do you still see yourself in those terms as that musician humbly heading to the next gig no matter the obstacle?

I think I’m still the same boy in a sense that you’ve got to be slightly obsessed. Because without the obsession, you wouldn’t be there forty years later. You’ve got to really want to do this. The desire will see you through the times when it’s not so easy. That’s just a requirement. Enormous love for it, but an enormous amount of willpower as well. If you love it, it doesn’t seem like work so much. A lot of it is though, so you’ve just got to be ready for all of it. After time, you learn to cope with it better. But, certainly, it can be overwhelming. You have to learn to deal with it.

At one point on the album, you sing: “I’m picking my way out of there one song at a time.” Do you wonder what life might have been like if you hadn’t developed the skills you have as a songwriter and musician?

I don’t think anybody would have wanted to employ me doing anything else. I think I would be playing in some respect. In some shape or form I’d have an instrument to play. And I would be trying to write something. There’s a big difference though between turning out to be a songwriter and turning out to be a musician. I think if I hadn’t been able to write songs, I would have concentrated more as a player, which would have been a very different thing. So that side of it, I think quite a lot about that. I just tend to use the guitar as something that helps to write the song. I love the guitar. I really do. But I don’t think I’m disciplined enough to become a schooled player. I’ve got an awful lot of regard for people who can make a musical instrument their identity. 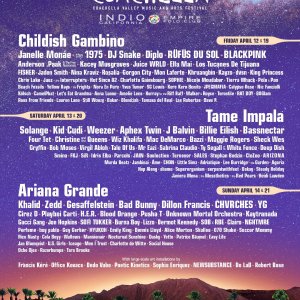 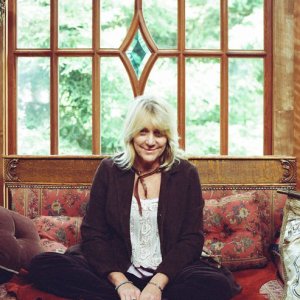