Marty Stuart makes lists. Lots of them. The pride of Philadelphia, Mississippi, who has been playing professionally since he was a 12-year-old bluegrass prodigy, has four or five going at a time for future projects. After completing about 100 episodes of his TV series, the Marty Stuart Show, he created a list titled “Way Out West.” The end result evolved into the title and concept of his 18th release.

Stuart, a self-taught guitar and mandolin player, has worked in just about every sub-genre of country. From rockabilly and honky-tonk to gospel as well as famously playing in Johnny Cash’s band, along with stints with icons like Lester Flatt, Vassar Clements, Porter Wagoner and Doc Watson, Stuart wasn’t interested in performing cowboy songs implied by the album’s title. Rather, he found a unique angle, one that pushed outside of anything he had previously done or that his fan base would expect.

“The expression ‘way out west’ could be a lot of things,” he says, “but the more I thought about it, it became about a psychedelic trip through the desert, with cows going up to flying saucers and aliens … it kind of got out of hand.” Stuart compressed those thoughts, incorporating some into a “love letter to the American West and the sound of California music in all genres.”

More specifically, Stuart envisioned the Mojave Desert, with its spiritual and mystical connotations, as the song cycle’s setting. He elaborated on that image (“the desert is one big cathedral without walls or a ceiling, one of God’s most beautiful places”), transforming it into what can only be considered a cinematic audio experience; one unlike anything Stuart has attempted in his extensive career; a far cry from his rootsy, Hee Haw-inspired television series or the glittery clothes associated with his persona.

The opening selection, appropriately titled “Desert Prayer Part 1,” features wind effects swirled with Indian chants, sitar-fashioned guitar chords and throbbing pow-wow drums that set an ominous, even creepy mood. “I wanted the listener, from the first note that came out of the speakers, to feel like they were on a trip or a journey … to put them inside the spirit world. If you go out there (the Mojave Desert) in the middle of the night, you can hear things like that … or at least I can. ”

Stuart had dabbled in soundtrack work before, creating the music to Billy Bob Thornton’s 2000 film, All The Pretty Horses, notably nominated for a Best Original Score Golden Globe. So he not only had a familiarity with movie music, but writing compositions without words to evoke sensations and feelings. “I wanted every scene in this album to take you somewhere,” he says.

Certainly the producer, Heartbreaker Mike Campbell, was a major factor in shaping the disc’s sound. As the founding guitarist in Tom Petty’s band, Campbell’s love of guitars and guitar-based music made him a natural choice to guide this venture. Stuart and Campbell’s friendship started when both contributed to Johnny Cash’s 1996 Unchained. “We co-wrote a song called “Draggin’ Around These Chains of Love” (from Stuart’s 1999 The Pilgrim) and we stayed in touch all these years.”

When he started visualizing this collection, Stuart realized he couldn’t record it in Nashville but had to move to the titular area of America to maintain its authenticity and vibe. He also required assistance to flesh out his ideas. “I needed a shepherd. I needed a referee, someone who has an incredible overview of the entire American musical spectrum, and Campbell came to mind.”

Campbell liked the idea, due in large part to the collective approach Stuart employs with his Fabulous Superlatives group. “I knew he was the right person for it because he’s a band guy. I’m a band guy. He’s about the song.”

The combination of the two generates a perfect storm of a partnership whose threads extend through every minute of Way Out West.  Stuart is vocal about his love for Tom Petty and the Heartbreakers, whose overall attitude mirrors his own. “They are hands down my favorite rock-and-roll band. The integrity is there, the songs are … all anthems. And when it came to arranging those songs, I had a feeling Mike Campbell had a whole lot to do with it. I wanted to turn what we were doing over to him.”

Tellingly, Way Out West’s stunning title track, and its abstract centerpiece, came after the meeting with Campbell. The dreamy, nearly six-minute spoken-word epic incorporates subtle strains of the Grateful Dead’s interlocking guitars. It’s delivered from the pill-popping perspective of a narrator whose colored tablet intake creates the dizzying “world went spinning round and round and round …” chorus, which mirrors the oblique, drug-oriented ambiance. Stuart was on the interstate driving to a concert in Idaho when he started writing the words, which he felt “didn’t make one bit of sense.” He then fell asleep, and looked at the lyrics again, finished them and had his band record it during sound check. “When I listened back I said, ‘Well, I don’t know what it is, but I like it’,” he laughs. “It became one of the oak trees to work around on this record.”

Stuart also pays tribute to the Byrds, a major influence due partly to Clarence White (whose guitar he still plays), on the 12-string jangle-pop of “Time Don’t Wait.” The combination of “Needles and Pins”/ “I’ll Feel a Whole Lot Better” chiming riffs flawlessly captures a ’60s ambiance without seeming overtly retro.

He also covers “Lost on the Desert,” an oldie associated with ex-boss Johnny Cash. The fever-dream waltz is filled with crime, buzzards, mortality and the devil, all baked in the arid, deathly heat of the desert. “This album could have been called Lost On The Desert. (The song) was on a Johnny Cash record I got when I was six years old. I loved the imagery and cinematic quality of it … it could have been a movie.”

Along with a buzzing rockabilly ride on Benny Goodman’s “Air Mail Special,” a stab at Glen Campbell countrypolitan (recorded in the same historic Capitol Studio that birthed many of Campbell’s and Buck Owens’ hits) in the string-enhanced “Please Don’t Say Goodbye,” and the truck-driving loving “Whole Lotta Highway (With A Million Miles To Go),” Way Out West is arguably the most varied, successful and cohesive work in Marty Stuart’s bulging catalog.

After completing 156 television shows that he felt preserved a piece of authentic country music culture that was overlooked, this release “was about furthering our vision and taking it down the road into the 21st century. I think it’s a breakthrough, landmark record for me and the Fabulous Superlatives. We worked our asses off on it and I love it a lot.” 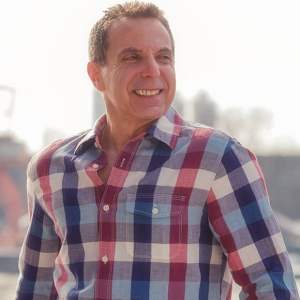