Mass Gothic is a new, emotionally electrified project that fell into
singer-songwriter Noel Heroux’s lap following a rough period of life where he relocated to New York City from Boston, ended a very serious personal relationship and called it quits on his old band, Hooray for Earth. We chat with the native New Englander about iPhones, late night song ideas and working with Sub Pop.

I’m always bad at answering this kind of general question. I don’t really have a process that I use. I always just kind hear stuff and let it go. It’s hard for me to pin down. I let the parts come together in my head, and once it becomes enough that either I can’t stand listening to it in my head anymore and have to get it out, or if it’s just a part that I really like, [then] one out of five times I’ll make a voice memo or try and jot it down somehow. Then [I’ll] add in some parts later. I don’t really have a formula at all. I just let it pop.

Are you one of those writers who has a running note of a thousand song ideas on your phone?

It’s not too much, but there is one total cliche in my scenario, which is when I’m going to sleep or wake up really early in the morning and it’s like 4:30 AM and I can’t get back to sleep, I’ll just have songs running through my head and be like, “Ahh, shit, I gotta get up and do something.” I gotta throw on a tape recorder just so I don’t forget it. I have too much noise in my head all the time – if I don’t jot something down, it’ll just get replaced by something else.

I don’t have any formal training in anything, but I started playing the piano when I was like four or five. I would hear stuff on VH1 – my mom had VH1 on in the background all the time – and I would just pick out the melodies from those songs. Pretty soon after that, I started making my own, but I didn’t understand the concept at all, so I just had some little ditties. I just saw some VHS [tapes] that my mom dug out several years ago. She was like, “Hey, look at you writing songs on the piano when you’re whatever age,” and I was like “Oh, I forgot.” When I was around 10 or 11 I got a guitar and a four-track, so I started making little parts. Then, after a few years, I decided I wanted to make songs and everything, and all of my songs had like 15 different sections, which I thought was pretty fun. I didn’t really start thinking much about it until maybe I was 19 or 20, to be like, “Oh maybe I should figure out what I like about this and keep doing that.”

What do you think the hardest thing about songwriting is?

Doing it when you don’t want to, probably. Like I mentioned, I have a lot of sound and parts and shit kind of just constantly cycling, and I don’t always want to do that. But, if I hear something that I think is worth giving a moment, I feel like I have to. Sometimes all those pile up. More often than not, my little voice memos are pretty much complete songs. I’ll kind of mess with the arrangement here and there once in a while, but then those all pile up and then eventually I have to do something with that stuff. So then it’s like, “Alright, which ones make sense for whatever I’m doing right now?” I just want a break sometimes, but whatever, I have a noisy head. Could be worse. I could have no ideas.

I don’t really think of anybody as a songwriter so much; it’s just whatever is my favorite music. I think a lot of my favorite music is made by people who specifically would not be considered songwriters. I could listen to any Aphex Twin stuff forever. He’s got a lot of very beautiful, simply arranged tracks that aren’t just all programmed drum ballistics. I wouldn’t pin that guy as a songwriter, you know? But then there are people on the other side of the spectrum, like I was the perfect age when Nirvana was a thing. At the beginning, I was a perfect age for it to really get in there and fuck me up forever. I really like the Nirvana thing, and I still am a huge, massive Elliott Smith fan. I know that he cared deeply about writing and editing and arrangement and everything. So [I’m] on both on ends of the spectrum. I would just say that I enjoy music. Not all music. But as a rule, I don’t particularly care for songwriters or producers one more than the other. As long as it makes you feel something.

If you could collaborate or co-write with one person, living or dead, who would you choose?

I feel like I should know that one. I guess I’d like to sit in a room and watch [Claude] Debussy plunk on the piano or something. That would be interesting. I wouldn’t bother interjecting, I would just be like, “Hey, do you mind if I sit?” Maybe I’d sit down with a bottle of Scotch, and just sit there while I hear some Debussy. That’s the most interesting thing to me because it’s just so far away now. Watching somebody sit down with an acoustic guitar, I’m way too familiar with that. Somebody sitting down with a laptop and programming parts, whether they’re wonderful or not, it’s like, “Alright, I know that whole deal.” But I’m not as familiar with watching somebody sit down in front of a piano and score something. That’s actually one thing that always really bothered me. I never learned to write [music] on paper, so I can’t write out a score for somebody else. I have a friend, luckily, [who does know how]. For this album that’s coming out, I wrote some string parts that I was like, “Sorry, I don’t know how to throw this on the treble clef or whatever I gotta do,” so I just hummed things and played things on guitar to her, and she’s got a fantastic ear so it actually went pretty easily. But I know that’s a rare scenario, where the two people can have the ear to just throw shit at each other and be like, “Ok, great. We’re good.” I wish I knew how to write, but whatever, I’ll get by. Maybe some day. If I move out to the country and don’t have anything to do, maybe I’ll teach myself to write.

I’m a person who tends to take victories and things that should be celebratory and go, “Well, I could still do better.” My brain sort of buries those things. I mean, having done this shit for a long time, I was really happy to be able to set up shop with Sub Pop, who have been a label that I’ve admired for a very long time. Not just to get my name on their roster – it’s more like I’ve really been able to hang out with people there a lot, and really bounce a lot of thoughts – not necessarily just musical ideas, but just bounce thoughts like, “What the hell is it that we do? Why do we do this?” It’s been interesting, so I think that even though it’s not like there’s a phone conversation or sit-down, have-drinks-and-talk-about-songwriting, it’s more so all the stuff that surrounds it. Eventually that does come back and help you to – I wouldn’t say write better – but write differently. I don’t look at things as being better or worse, just that they keep going forward. I’ve always been interested in nailing something that’s suddenly different than what’s expected. And you know, nine out of 10 times nobody notices that shit, but I notice, and there are enough people that have noticed that it’s rewarding. I enjoy that. I met some musicians from Denmark that I really like. This is a group of people – kind of a crew in Copenhagen – who all kind of share a very specific, unique and challenging approach to pop songwriting. I met these people and we became friends, and they recognized something like that in what I’ve been doing, and that was really exciting for me because I owned some of their records and would show them to all my friends and be like, “You gotta hear these guys. They’re doing something totally different, but nobody gets it. But who gives a shit, because I get it and I’m so excited.” So when they returned the sentiment, I was pretty excited. Little things like that. 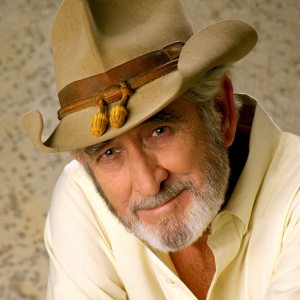 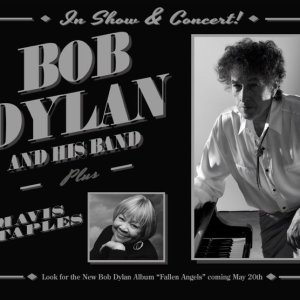