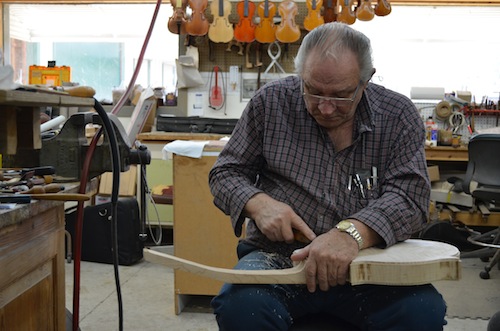 Randy Wood describes himself as “old fashioned” as we sit in his workroom in Bloomingdale, Georgia, only minutes down the road from historic Savannah. On the walls hang unfinished instruments and seasoned tools. Each work station is stocked with carpenter’s glue, a sanding stone and a variety of utensils for crafting or restoration. He cradles an infant mandolin in his lap, cultivating a small mound of wood shavings at his feet as this combination of wood and glue slowly becomes another high quality, hand-crafted Randy Wood instrument.

Wood speaks in a pristine southern drawl that can only be earned through a lifetime of humility, honesty and hard work. Humility is probably the most prominent of these three and the most surprising given Randy Wood’s long-standing reputation as a master craftsman and a man who has built and repaired guitars for Elvis Presley, Johnny Cash and Eric Clapton. It would be assumed that receiving compliments from true music legends might have some effect, cause an ego to grow like a wild, conquering kudzu vine, but for Wood the praise is appreciated without ever being dwelled upon long enough to take root.

In 1969, Wood, just 26 years old at the time, had just finished making his first mandolin and was traveling with The Father of Bluegrass, Bill Monroe. “Wasn’t working for him but just traveling around with him and we became pretty good friends,” Wood said. “(Monroe) had seen the first mandolin I had made and liked it, although he didn’t tell me or I would have let him have that one.

“He said he’d like to have one of my mandolins and I told him I’d build him one. He offered to pay for it, but like I said, I respected Bill a lot and he allowed me to travel with him so I felt like I was giving him a little something back.” 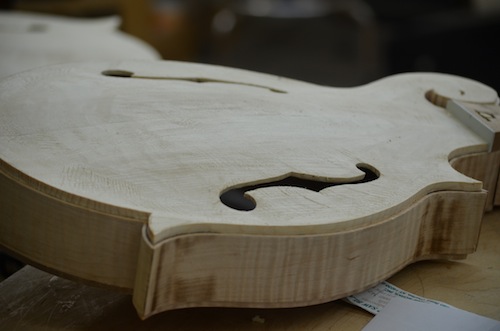 A year later Wood co-founded the retail and repair shop, GTR, in Nashville with George Gruhn and Tut Taylor. Taylor left within the first year of the business but Wood and Gruhn formed a successful working relationship which allowed GTR to evolve into Gruhn Guitars and become one of the most prominent guitar shops in the world. After two years, Wood moved out of Nashville and spent several years crafting mandolins and guitars out of his garage before building Randy Wood Guitars in Bloomingdale, Georgia.

Wood’s business has grown beyond being a workshop and repair station. A retail showroom and The Pickin’ Parlor Concert Hall, a venue that hosts the nation’s top bluegrass acts, also brings customers, collectors and music fans in from all over the country. Randy Wood enjoys what his shop has become but he remains solely focused on crafting mandolins and guitars. 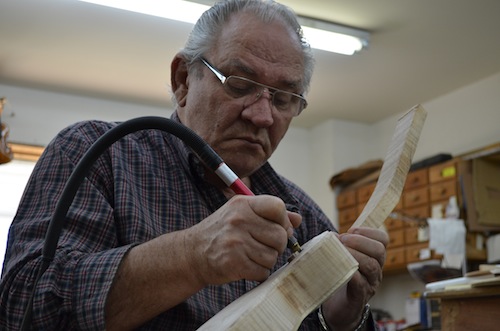 “I don’t have any training in acoustical engineering or any of that stuff,” Wood said. “I do everything more by feel.”

Wood went on to explain how he reads the wood and the types of grain he looks for before building an instrument.

“Those are things you just learn over time. I don’t know if it’s anything you can teach somebody. It’s just something you learn through trial and error.

“I actually did repair on instruments two or three years before I made my first instruments. Being able to do repairs is much more involved than being able to build an instrument. Consequently, a lot of builders just don’t do repairs. It takes up a lot of time, there’s not nearly enough money in it and they don’t want to take the time to learn how to do that. 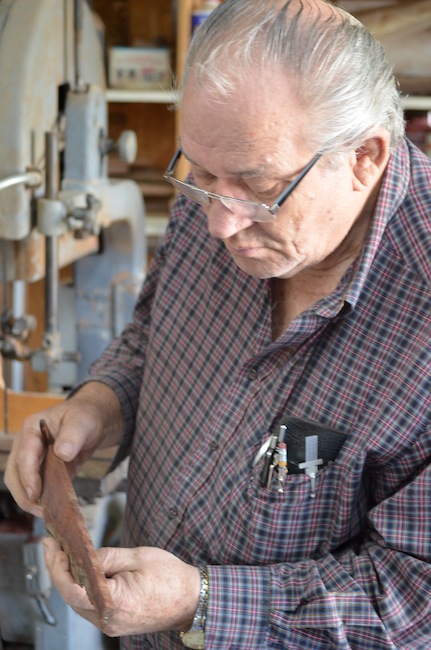 Randy Wood doesn’t just bind wood and glue together to make his instruments. He crafts a promise of quality into each guitar and mandolin that comes out of his shop. Perhaps this way of doing business isn’t popular today, but for Wood, it’s the right way.

“If you’re going to be selling something to the public you aren’t just selling that instrument but you’re also selling your reputation to stand behind that instrument. At least I feel like you are. I may be old fashioned.” 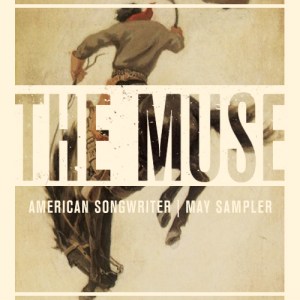 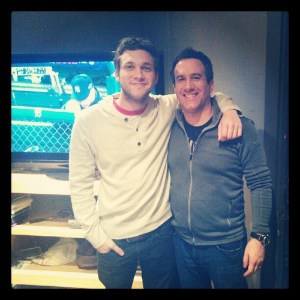