While sitting in a bookstore coffee shop with my laptop recently, I paid a visit to the American Songwriter website, where one of my early blogposts popped up. “Ah yes, ‘The Quest For Creativity,’” I thought. Suddenly, I sprayed espresso all over my computer screen.

While my brain cued “Yesterday,” I glanced nostalgically through the cloud of smelly smoke rising from my ruined screen. That’s when lightning struck: Front and center in a magazine rack, in giant letters, was a title: “The Science of Creativity.”

The word “TIME” in red above it removed all doubt. “A-ha! The gods are telling me it’s time to revisit creativity. Science has found the answer!”

Flipping through the pages at random, I came to the following words of wisdom: “When the answer was intuitive, about a third of a second before the subject pushed the answer button, the EEG picked up a burst of gamma-wave oscillations above the right ear.”

Just then, my right inferior-superior temporal gyrus banged out a new song. It was a beauty, too. But back at home, I wound up prone on the sofa, drinking a beer and watching TV. “Why bother?” I mused. “Pretty soon a computer will be able to write the same song, only better.”

My point is simply this: Science uses a “divide-and-conquer” approach, while songwriting is the opposite: You bring everything you have to the table. In the Mar/Apr 2018 issue, Brian Fallon put it this way: “[Matthew Ryan] said, ‘Don’t run away from anything that’s you. Everything you love, just take it all in and put it in there. As long as you love it, then it’s cool.’”

With that in mind, I’d like to trace the growth of one song in particular, with a few comments gleaned from back issues. The song is “Once In A Lifetime” by Talking Heads, a good choice because much has been said about it, and in many ways, it is an archetypal example of creativity — the human kind.

Paul Kelly: “I want to keep things fresh … You have to try anything that will give you a new kind of song: taking piano lessons, setting poems to music, collaborating with a new writer, tuning a guitar differently, jamming with a band and picking up on a riff that someone else plays. You’ve got to surprise yourself.” (Jan/Feb 2018)

Talking Heads wanted new ideas for their fourth album, Remain In Light, so they saturated their ears in the sounds of Afrobeat legend Fela Kuti and proceeded to jam. “Once In A Lifetime” grew out of these sessions. During one, drummer Chris Frantz yelled something at bassist Tina Weymouth. She mimicked him on her instrument and it became the bassline for “Once In A Lifetime.”

Ruby Roots: “I knew what I wanted to do, but I needed someone to sit down with me. As a solo artist, it can be quite isolating.” (Mar/Apr 2018)

Talking Heads: “Once In A Lifetime” was a collaborative effort. Byrne and Eno hammered out an oddball rhythm from seemingly incompatible ideas. Eno came up with the call-and-response chorus while Byrne watched televangelists to derive his lyrics, phrasing, and dance moves. The theme — coasting through life while time flows by like water — evolved from these elements.

Comment: Collaborate if you can — it will stimulate you to outdo yourself. Combine elements freely. Think simple: The chords for “Once In A Lifetime” — A, D, G, Em — are unremarkable until you hear the exotic pattern woven from them. Allow images and emotions to cluster around a central core and harvest your theme when it ripens.

Engineer to Ronnie Milsap: “Goddamn it, Ronnie, if you’d just let me stop and have a cigarette, I’d get this mixed for you.” (Jan/Feb 2019)

David Byrne to Paul Zollo: “Somehow we have to get back to that ending chord.”

Comment: To paraphrase writing instructor Bill Johnson, A song is a promise. Perfectionism can stop you at any point along the way, so learn to recognize when your promise has been fulfilled. If you think something is good, stick to your guns. When “Once In A Lifetime” was released in 1981, it failed to chart in the US, but in 2000, NPR named it one of the 100 most important American musical works of the 20th century, and the Rock and Roll Hall of Fame lists it as one of the “500 Songs that Shaped Rock and Roll.”

Bob Dylan says, “The world don’t need any more songs” (Paul Zollo interview, 1991). Maybe so. Maybe we should leave it to the computers. On the other hand, seems to me that songwriting is one of the last refuges of humanity in an increasingly mechanized, digitized, scientifically synthesized world. 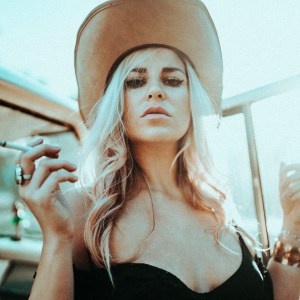 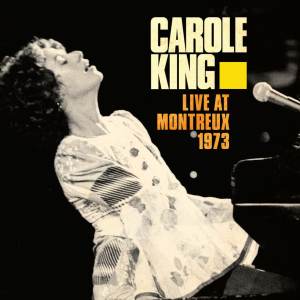