Took me back a few years, hearing Rhiannon Giddens sing this haunting folk-spiritual. Sure, Joan Baez, Johnny Cash, and Emmylou Harris have covered it, but the first time I heard these mournful words was when I was five, and the singer was my mom. She learned the song from a Burl Ives album by the same name and found many occasions to sing it when I was a child. Regrettably, you’ll have to take my word for it when I say she sang like an angel.

Maybe nostalgia plays a role in your reaction, too. But surely there’s more to it than that. Fashions come and go in popular music, but as one generation fades and another takes their place, only some songs live on. This is one of them. So let’s look a little deeper.

Take that first line, which quickly establishes a viewpoint character and a sorrowful state of affairs, “traveling through this world of woe.”

And then, something happens. In the midst of all that bleakness, a flower of faith blooms: “And there ain’t no sickness, no toil, no danger/ in that fair land to which I go.”

Powerful. But why? A spell has been cast, and its name is “empathy.” You feel the singer’s pain. Many songs evoke joy, to be sure, but only pain has its own genre, and it’s one of the most enduring genres ever: the blues.

Most important, listen again and try to locate the precise word or words where empathy hits. Caveat: Not all elements are present all the time, and some songs were picked for their weaknesses rather than their strengths.

Now look inside: Go through the song list again and find similar incidents of pain in your own life. This might be difficult at first, but stick with it.

Empathy and pain matter, but without sincerity, no song will be believable. Insincerity, like sour milk, is instantly noticed. One president learned that the hard way when he said, “I feel your pain.” On the other hand, sincerity carries the day for “It’s My Party.” If you’ve ever been a teenager, then you can’t fail to feel her pain.

What’s It All About?

There’s a Fellini film called La Strada that tells the story of Zampano (Anthony Quinn), a two-bit strongman who rides his motorcycle around postwar Italy, busking for dimes. Problem is, he doesn’t realize he’s a wayfaring stranger. By the time he finds out, it’s too late. He’s lost the only thing that ever mattered: the love of a naive, vulnerable peasant girl. In the final scene, Zampano, stone drunk, staggers onto a barren beach at night and bellows at the world: “I don’t need you! Zampano alone!” Then, in the silence and darkness, comes the moment of realization: He is alone! Stunned and filled with dread, he gazes into the nothingness all around him and falls to his knees, weeping uncontrollably.

What La Strada and “The Wayfaring Stranger” show us is something called the human condition: We are all wayfaring strangers on the road to an unknown country. We may not realize this until something goes wrong for no reason — “Why she had to go, I don’t know, she wouldn’t say” — but the truth haunts us, which is why we need to feel the pain of others. Empathy unites us. It takes away the loneliness and raises a lamp in the darkness. It’s the reason why some songs (films, novels, plays, paintings) last forever.

Take the moments of personal pain you wrote down during the intermission and expand them into first verses, applying the techniques you discovered in the song lists. If you can manage a verse, you can grow it into a song—maybe even a song that outlasts any of us. 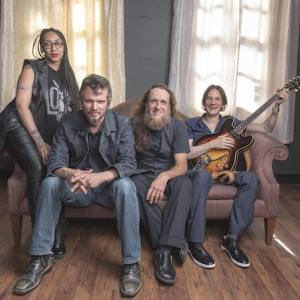