Road songs often have an emotional impact far exceeding expectations. “Freedom’s just another word for nothing left to lose,” Kris Kristofferson sings in “Me And Bobby McGee,” and therein lies the key.

Freedom (or the lack of it) is a potent, pervasive theme in road songs. Most of us lead lives of quiet desperation, but give us four wheels, an open highway, and a distant horizon, and our hearts take wing. “Freedom” might mean pushing a broom, as in “King Of The Road,” or it might mean dreaming of driving to a better place in a “Fast Car,” or maybe just getting out of “Lodi,” but freedom calls to one and all.

This column challenges you to hitch a ride on your imagination and write a road song. Your destination will be all your own, but “Me And Bobby McGee” will be your road map.

The first lesson “Bobby” has to teach is sacrifice. Kris Kristofferson ― Rhodes scholar, helicopter pilot, Army captain ― declined an offer to teach English literature at West Point so he could come to Nashville, clean ashtrays at CBS studios, and write songs. His parents retaliated by disowning him. So how badly do you want this song? Are you willing to sacrifice at least a few hours of Facebook or cable TV time on the altar of creativity? (Hint: Better be!)

The second lesson to be learned from Bobby is immersion. “Mickey Newbury once said it [’60s Nashville] was like Paris in the ’20s,” Kristofferson recalls in a 2008 interview in Performing Songwriter. “We’d sit around all night, talking about what worked in a song and what didn’t, and why.” Moral: Find yourself a musical hothouse and move in. Meanwhile, immerse your ears in road songs.

Here’s a starter list: “We Gotta Get Out Of This Place” (The Animals), “Sloop John B” (The Beach Boys), “On The Road Again” (Willie Nelson), “Born To Run” (Bruce Springsteen), “Where The Streets Have No Name” (U2), “King Of The Road” (Roger Miller), “Day After Day” (The Pretenders), “Two Of Us” (Paul McCartney), “Homeward Bound” (Simon & Garfunkel), “Life Is A Highway” (Tom Cochrane). Let’s throw in “Calling Elvis” (Dire Straits) and “Autobahn” (Kraftwerk) as songs that induce highway hypnosis. Your task is to map their structure and ask yourself what makes them work. Then add ten more songs to the list.

The third lesson from Bobby is imagery. In Bobby we find “faded jeans,” a “dirty red bandana,” and “windshield wipers slappin’ time.” We visit colorful places, such as Baton Rouge, the Kentucky coal mines, and Steinbeck country: Salinas (think Of Mice And Men).

Your task is to name four road trips that meant something to you. Begin listing specific sights and sounds, and don’t quit until you have at least twenty per trip.

The fourth lesson is irony. In the Performing Songwriter interview, Kristofferson relates how producer/songwriter Fred Foster called him one night with a song title, “Me And Bobby McKee.” The hook, said Foster, was that Bobby is a she. In road trip terms, irony is the difference between where you think you’re going and where you wind up. The contrast can range from mildly amusing (“Bobby’s a she”) to tragic (“Freedom’s just another word for nothin’ left to lose”). Sum up each of your four trips in ironic terms. Think of pairs of opposites, such as gain and loss, beginning and end, high and low.

The fifth lesson is free association. Foster didn’t give him much to go on, but Kristofferson began free associating on “Me And Bobby McGee” (he misheard the name), and got a classic. The first thing that clicked was a Mickey Newbury song, “Why You Been Gone So Long.” “It had a rhythm that I really liked,” he says. Next, strangely enough, was a movie by Federico Fellini, La Strada (The Road), the tragic story of a traveling strongman who abandons his assistant, a feebleminded girl, by the side of the road.

Free associate on each of your road trips: alter names, narratives, and imagery. Link to a groove. Expand. Distill. Transform. And add a title.

The sixth lesson is structure. Two good measures will seed the rest. Like many a great hook, “Busted flat in Bat | -on Rouge” (“Sol-Sol-La, Sol-Mi | -Re-Mi”) emphasizes emotional I-chord tones: “Sol” (hope), “La” (joy), and “Sol-Mi” (loss, sadness, nostalgia). “Wait-in’ for a train” is an echo. That’s two measures. Now aim for the cadence in measure 4: “When I’s | feel-in’ near as fad-ed as my | jeans” dithers over Do-Mi-Sol and lands on suspenseful “Re” with the V chord. The next four measures mirror the first, emphasizing tones of the V chord (Sol-Ti-Re-Fa), landing on sensitive “Mi” on “New Orleans” as the I chord returns.

The verses? Your road stories have them. Just pick and choose. The chorus? Look at your statements of irony. Tune up and get your road song rolling.

Says Kristofferson, “We felt like songwriting was something worth doing, regardless if you ever saw the light of day.” That’s the final lesson of “Me And Bobby McGee,” and maybe the most important: passion. 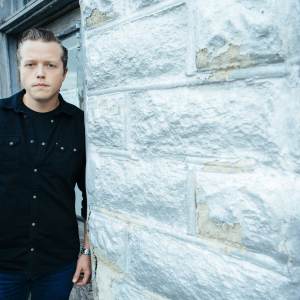 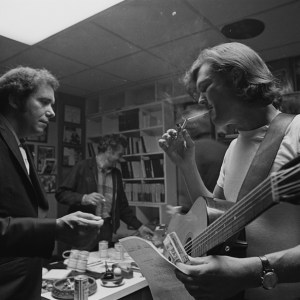