Fasten your seatbelts: This column covers the map, from Max Martin to John Carpenter to Elvis. And what knits it all together? A songwriting secret that will supercharge your melodic IQ.

The theme for this column is structure. It began to take shape while listening to Friedemann Findeisen’s YouTube channel, Holistic Songwriting. Friedemann is American Songwriter’s newest columnist and bestselling author of The Addiction Formula (highly recommended). The video was “Do THIS with Every Song You Write”:

“In the beginning,” he said, “writing a song can feel overwhelming. When you have thousands of options, making decisions becomes harder and harder. So in this episode we look at some things we can accept as a given for our writing. So let’s take a look at structuring a pop song.

“Yes, it is. This is not a quiz show. Using this structure means you only have to write three different sections: Verse, Chorus, and Bridge. The rest is merely repetition.”

This is song structure—the big picture. But how does one fill those three boxes? They need internal structure, especially when it comes to the signature element of songwriting success, melody.

This set off a search for Swedish producer/songwriter Max Martin, whose phenomenal career includes 22 Billboard Hot 100 number-ones, a record unmatched by all but Lennon & McCartney. Martin believes that melody rules, and his rules for writing melody have come to be known as “melodic math.”

Those seeking the certainty of “melodic math” might do well to listen to Max himself:

“There’s all these theories: ‘It’s all math,’ and ‘It’s a formula,’ and all that stuff. And that’s not really true. Because it’s like a toolbox of problem-solving formulas.

“So once you start writing a song, it’s not like you sit down and say, ‘Okay, let’s use the ‘3-D’ from some thing… That’s not what it is at all… I believe it has to come from some kind of, just inspiration in the beginning.

“So you write the thing, and then it is like, ‘So now what do I do?’ You’re stuck. That’s when you start using these tricks, you know, the tools… It’s all about balance to me… So it doesn’t become too repetitive or boring, you see.”

Despite what Max says, “repetition” is a word that comes up repeatedly in connection with melodic math. But it’s not that simple: Martin repeats his “motifs” (brief melodic figures) in varied form. This is a compositional technique called motivic development, which dates back to Mozart (K. 550) and Beethoven (Symphony No. 5).

Listen to “His Latest Flame” all the way through. Then restart.

Intro (pause at 0:06): Four bars of harmonic and rhythmic motifs. Could you grow your first verse from this? Here’s how Doc Pomus managed it.

Start over, and this time, trace the melody in the air with your index finger.

Verse 1 (pause at 0:22): After “A very old friend,” your index finger was probably raised. This was the first motif. Verse 1 grows out of this one idea. First, it repeats higher and higher. At “tell – in’ ev – ’ry one in town” it reverses, falling downward twice (balancing “ups” with “downs”).

When you trace the melody with your index finger, you can feel how gestures shape the phrase. Notice that they form an arc, ensuring a verse whose parts relate to the whole.

Motifs have structure, too, such as “sideways-up-sideways,” as in “A ver – y old friend.” Scale tones and interval color determine the mood. The rising line builds anticipation.

What about Michael Myers?

Film scores lend themselves to motif-based expressions of character, mood, and dramatic action.

John Carpenter’s dad, who was head of the Music Department at Western Kentucky University, probably introduced him to motivic development early on, since he handles the device with ease. Listen to the Halloween theme and you will hear a relentlessly repeating Michael Myers motif with an agitated beat and a disturbing interval leap, underscored by an insidious, ominous countermelody.

Some of the most interesting atmospheric scores come from acoustic guitarists. See “Scoring Film with Acoustic Guitar” by Will Hackett on YouTube.

The moral: Think small, conquer all. One motif each for verse, chorus, and bridge, then grow them.

Unfortunately, much had to be edited out of this column. For more, look up Rick Beato and others on YouTube. Finally, trace the melodies of ten songs. Your gestures will show you more than words can say about motivic unity. 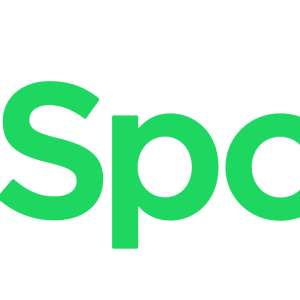 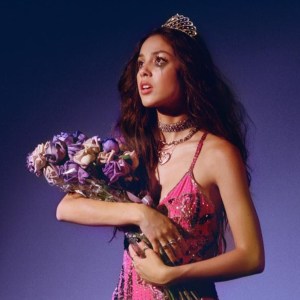