Friends and fellow musicians, a major pandemic is now in progress.

No worries: We’re talking about earworms, a snippet of song — verse and chorus, say — that gets stuck in your head and keeps going round and round whether you want it to or not.

Annoying? Maybe. Fatal? Never. Up to 98 percent of the population is affected:

“Worst earworm” honors go to “YMCA,” “Who Let The Dogs Out,” “We Will Rock You,” “The Lion Sleeps Tonight,” the Mission Impossible theme, Chili’s “Baby Back Ribs” jingle, the Kit Kat candy bar jingle (“Gimme A Break”) and “It’s a Small World After All.”

Who gathers this data? Scientists, naturally, including Oliver Sacks, Vicky Williamson, Diana Deutsch, Kelly Jakubowski and Lassi Liikkanen, all of whom hang their lab coats at prestigious universities.

So why would psychologists and neurologists care about a musical phenomenon?

Well, it turns out their real focus is “involuntary thoughts,” which make up 30 to 40 percent of our conscious mental activity.  About 10 years ago, they turned their microscopes on earworms because they’re easier to dissect than other mental tics and spasms. As befits the occasion, a more dignified title was chosen: “involuntary musical imagery,” or “INMI.”

As soon as studies of “INMI” began to appear, a lot of nonscientists took note because — like them or not — earworms tend to get more air time and top the charts. It was inevitable that the study of earworms would join with the scientific analysis of “catchiness” to become something of a pop influencer.

And that’s where I come in — along with you, should you decide to accept this mission.

“G-Eazy and blackbear have concocted another earworm that packs one hell of an emotional punch,” says Iris Konstant in her Euphoria review of “Hate The Way” (Oct 19, 2020). Seeing that blackbear was to be profiled in this issue, I got out my list of earworm ingredients and started listening. Bolded items below were on the list.

Right away it was apparent that blackbear has a remarkable ability to make the most of minimal material. “Hate The Way,” for example, uses simple scale notes, hypnotic repetition and well-timed interval jabs to heighten emotion. The song is based on an easy to sing and remember “Mi-Re-Do-Ti-La” pattern that outlines an A minor chord, befitting the downbeat mood. The melody has subtleties, too, thanks to those judiciously placed interval leaps.

According to a study by Jakubowski of Durham University, Glen Miller’s “In The Mood” and the instrumental break of “My Sharona” by The Knack also exhibit unusual interval structure — unexpected leaps or clusters of repeated notes — which makes this a crucial earworm ingredient.

Also crucial: a “common global melodic contour,” such as heard in “Twinkle, Twinkle Little Star,” where phrase 1 rises and phrase 2 falls. Many nursery tunes follow this pattern, as does the opening riff of “Moves Like Jagger” by Maroon 5, an earworm cited in the study.

The reverse contour is found in “Waterloo,” by Swedish earworm factory ABBA. “Waterloo” won the Eurovision Song Contest in 1974, and was voted the best song in the contest’s history in 2020. According to Harry Witchel, it has seven traits that make it “perfect”: pace (energy), rhythm, an easily memorable melody, a “perfect” chorus, a key change, a clearly defined finish, and danceability. YouTube’s SciShow also cites “long notes that are close together in pitch, like in the chorus.”

Digging into the score, I found some fascinating details: The only “long note” came at the end of the pre-chorus, on “it-self,” where it was doubtlessly dynamite. The melody had two falling phrases followed by two rising phrases — a mirror image of the “Twinkle, Twinkle” contour. Melodically, “Sol” (scale tone 5) sounded 19 times, syncopated, over the I chord in the beginning and the V chord on “-self,” transforming the mood with dramatic effect. The musical ingredients may have been ignored by the scientists but should be studied.

All of this is to say that earworms are simple in spirit but not without subtlety.

Your creative challenge is to saturate your imagination in the list that follows and see what develops.

The cure for an earworm? “Chew gum,” say the scientists. 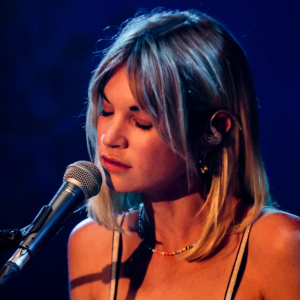 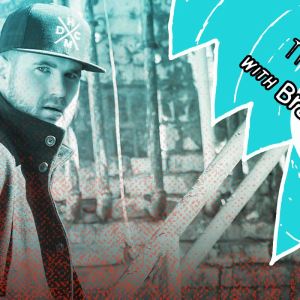