At 23, Megan McCormick is the complete picture, with great songs, a great voice, and a cool haircut. Not unlike a certain singer-songwriter from back in the day (okay, Jewel), McCormick escaped the wilds of Alaska and headed south to launch her music career. We chatted with McCormick about the Nashville music scene, Steely Dan, and her favorite lyric on her debut album, Honest Words.

When did you first start writing songs? Are they different from the kinds of songs you’re writing now?

I wrote my first song when I was eleven. My favorite teacher had lost a battle with cancer and it really shook me up. It was an instrumental song, dark and haunting… I’d still be proud to play it today!

You live in Nashville. What are your feelings on the Nashville music scene?

Nashville’s music scene is incredible. There is such a wealth and concentration of great writers, players, and performers. It can be overwhelming at times but there isn’t a place quite like it. I feel like I make-up and break-up with the scene all of the time… each extreme going along with the times when it feels competitive and disconnected, and the next week tightly knit and nourished.

I originally moved from Wasilla, Alaska to Johnson City, Tennessee. Everything was different… the food, music, and landscape! I’ve yet to live in a city that I truly feel connected to… so I’d say that Alaska and rural Tennessee are neck and neck in terms of culture!

Has country music been a big influence on you?

Classic country has been an influence for me. I wouldn’t say the biggest, but definitely significant. I grew up listening to my grandparents play a lot of classic country, and my Mom and aunts and uncles, touching on everything from Hank Jr. to Loretta Lynn. My favorite part about the writing in classic country music songs are the stories.

Have you ever tried co-writing songs?

I do co-write, but not with a bunch of different people. I started writing with Tami Hinesh about a year and a half ago and from the very first time we got together it was a great fit. We work well together, and the artistic connection is there… so, don’t fix it if it’s not broken right? I don’t write with Tami exclusively, only about 99% of the time!

You studied bluegrass at East Tennessee State University. How was that?

Studying bluegrass at ETSU was such a great experience. I was mentored and taught by folks like Raymond McLain and Jack Tottle… two incredible players and performers. The music community in Johnson City at the time I attended was incredible… all of the students learned as much from each other as we did anywhere else.

Describe your relationship with David Conrad, and how he discovered you. What has he brought to the table?

David was invited to a showcase at The Basement in Nashville. Actually, my attorney Tyler Middleton is responsible for our meeting each other. David came with Emily Deaderick to check me out. I remember him saying that the hook of “Honest Words” (“I am a cheat, I am a liar, I am not a lover”) was what got him. We went to work together a few months after that show. The first year, I learned a whole lot. As a young writer, I really needed someone to let me know that there is more going on in the world than love! It’s still my favorite topic, as you can tell, but I am always trying to learn how it affects the rest of the world, and to not be self-centered in my writing. David has helped me learn to speak more clearly when I write… so I can communicate what I’m feeling and make sure that the listener gets the same message that I intended to share.

You list Steely Dan and Mark Knopfler as influences on your MySpace page. What do you like about them?

I’ve been a big fan of Steely Dan since I was really young. I love Donald Fagen’s solo stuff as well. I think the production value counts for a lot, but his writing has always kept me on my toes… I like that! Mark Knopfler is a player that I really look up to. I’d say I adore both artists equally for the writing and production.

You’ve spoken before about how a song about a lover could also be seen, in a different light, to be about a friend, or a father. Do you try to approach your songwriting in a certain way so that the themes can be universal? Or does that just happen naturally?

I certainly keep that universal application in mind, but never allow it to dictate the life of a song. I think that overly specific details in the lyric diminish the opportunity of connecting with a large amount of people. In other words, the odds of the lyric resonating with a broad range of people are greater if the lyric remains open and ambiguous. My intention is to keep a healthy balance and incorporate coloration and detail while leaving room for interpretation… giving listeners an opportunity to fill in the blank, sort of.

You strive to write songs that go beyond the superficialness of pop music. Does that create any special challenges, or rewards? For example, does that make it harder for you in a live setting, if you try to to engage an audience who may not know your music yet?

Some compositions come out more “pop” than others. Most of all, I’m just writing from an honest place. I feel like the rewards are much greater than the challenges. Either way, writing and performing are my passion first, employment second. I’m putting my art out there and staying true to myself,… ideally, that will come across as genuine and lead to many rewards!

Have you ever written a song that wasn’t based around personal experience?

Yeah, the title track of the record, “Honest Words,” didn’t come from a personal experience. I mean, almost everyone has been close to a divorce in some way, shape, or form but I certainly haven’t gone through one myself! This song was inspired by a close friend of mine, as well as the trials of marriage that I’ve experienced in my family, but when it comes down to it, it’s a story telling kind of song… a bunch of made up stuff. Ha.

What’s a lyric you’re proud of on your album?

It’s between the closing of “Honest Words”: “I found the end, I guess I’m winning. Your teary eyes look so blue, they were green in the beginning,” and from the second verse of “Driveway” I think… “Pillows stacked at your bedside will not hold you when you’re crying at midnight.” 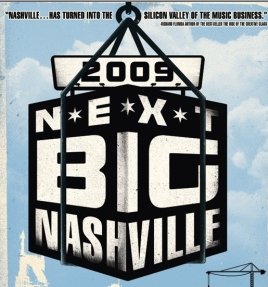 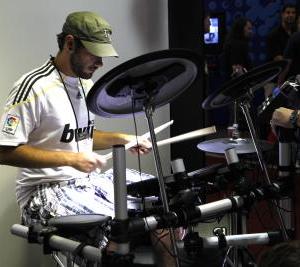