Songwriter, composer, and producer Michael Peter Olsen built his reputation working with Drake, Arcade Fire, Haim, Owen Pallett, and Tiesto, among many others—but on January 15, he is striking out on his own with a solo album, Yearning Flow, which features his evocative, experimental, and emotional electric cello-based compositions.

“Playing cello on other people’s projects is what I’m most known for,” Olsen tells American Songwriter, calling from his Toronto home, “but I’ve been, for almost 20 years, having this slowly developing idea of doing something on electric cello that I thought would really interest me and be something different than maybe other people were playing. But it took me a long time to discover what it could be. I’ve been really questing to find a sound that’s very much my own, and I feel like finally after decades, I’m really starting to find something that I feel is uniquely me.”

In keeping with this goal to put out something truly distinctive, Olsen came up with an unusual concept for Yearning Flow: “I have this ‘real versus fake’ idea,” he says. “Let’s say I could put a normal sound of a cello or a guitar somewhere and have something that seemed obviously fake like a synthesized kind of element—and then flipping them to realize the thing that you thought was fake is actually the real thing, and the vice versa is also true. You can say, ‘This is a string orchestra’—actually, it’s just two people sitting in a room—actually this was the real orchestra that sounds like a synthesizer.”

As a result, Olsen says that almost all sounds on Yearning Flow were made with a cello—even if it doesn’t actually sound like that instrument was used. This approach, he says, “feels very relevant nowadays because with the way that things work online and deep fakes, what is real and what is not, and does it matter? That’s what most of my music is about.”

Discovering these haunting-yet-beautiful atmospherics was, Olsen says, the catalyst for the entire album. “The right kind of sound dropped in my lap one day,” he says. “I’d been experimenting with things and I just found a core sound, mainly using a harmonizer in a particular kind of way. Suddenly, a lightbulb came on: ‘This could be the core of a sound for a whole new project.’ I pretty much made the first song that’s on the record that day. And from that I decided, ‘Okay, this is something I can develop.’ Once I had a germ of an idea that I could start with, then I could really build on it and that’s essentially what created the idea that I should have a record. So I think that is a nice way to start something.”

As for his actual songwriting process, Olsen says, “I base my initial stuff off improving, and removing any qualifications or ideas of what it should be, [then] essentially rewriting material until I realize I’ve come to a very coherent end, something that I actually think has some sort of symbolism or cohesiveness.” He says he will “spend a lot of time trying to find connecting themes or meaning to connect it with other parts of the music —analyzing it. Once I find that core idea, I can change or sculpt it to make it fit.”

Playing the cello in such an unorthodox way has been a rejuvenating experience for Olsen. “I’ve been playing for 40 years,” he says. “That’s why it was really important for me to change my relationship with it. Approaching the instrument in a different way is kind of wild, but I find now I’m falling in love with it again, because I’m realizing there’s things I can do with it that I really like, whereas before I felt often constrained by classical music.”

Although he shuns the usual classical musical approach on Yearning Flow, Olsen does have extensive training in that area. He first began mastering the cello when he was five years old. Amused, he recounts his reasoning for switching to that instrument from the violin, which he’d begun playing the year before: “I wanted to sit down! I got tired of standing up so I was like, ‘I should play cello instead.’”

As it turned out, the cello suited Olsen for more than just that reason, and he kept at it. Encouraged by his family (who are all classical musicians themselves), he went on to study music at the university level.

After relocating from his native Vancouver, British Columbia to Toronto, Olsen established himself as a go-to musician for other artists for their albums and concerts. “For years I was a collaborator, arranger, and producer, so I was always very much trying to analyze the best way that I could do things that would really complement my clients’ and collaborators’ work. It’s very chameleon-like, my past work,” Olsen says. “It’s incredibly enriching to be able to work with all those different artists. It’s helped me have a really wide range of material and ideas to draw from.”

Still, Olsen says he’s glad he finally got the chance to do his own album, where he can express his own sentiments instead of fitting in with others’ visions. “Composition is a very intellectual process for me, but I think if it starts in an emotional, instinctive place, it retains the spark of that feeling,” he says. “Then the process is more about discovering how it can make sense in a bigger picture. In the end product, that germ of emotion that you’ve hopefully preserved can serve a bigger story and lend weight to what you are trying to say.” 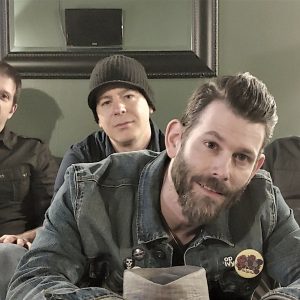 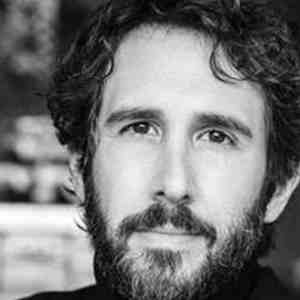