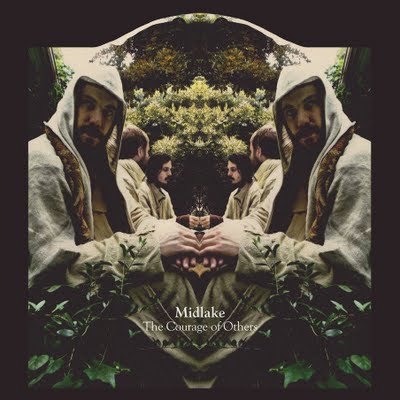 The Courage of Others

Last we heard of Midlake, the band was yearning for simpler times. The lead track “Roscoe” from their 2006 breakthrough, The Trials of Van Occupanther, daydreamed of being born at the tail end of 19th century America, closer to the earth, at at time when they would have built their houses of stone and cedar, and welcomed the April showers for tilling fresh gardens.

Whatever romantic impulses may have frosted their view of returning to pre-industrial living, though, seems to have frayed a bit on their latest effort, The Courage of Others. Musically, the band is still immersed in the pastoral nostalgia they dreamt of years ago, still employing the same self-described “fair maiden” aesthetic that made their last effort such a welcome departure. All the placid coats of plucked acoustics, soft orchestral touches and Tim Smith’s listless croon are still here. But where Occupanther saw the band celebrating an oncoming spring of newfound creativity, the mood driving Courage of Others seems to be wrought of the dreary winters afterward.

The opening lines of “Acts of Man” act almost as a preface for the entire album as Smith sadly pleads, “Before the growth starts to fade, starts to falter/ Oh, let me inside/ Let me inside, not to wait.” Follow-up track “Winter Dies” may look ahead to the gradual thaw to come, inviting “one more year for a man to change his ways,” but the hopefulness belies itself as Smith adds, “I used to feel all things around me stir, grateful for all I received/ taking in the sounds and ways of creatures upon the earth/ great were the rivers I swam waning out the sun.”

In a way, Midlake still carry the promise of warmer days, but here they’re tempered with vague regret, which translates into the songs themselves. At first listen, such a stolid tone can be rather drowsy back to back, but strains of seething electric guitars lend these otherwise cold-natured ballads a soft burn, while well-placed vocal harmonies, bright synths and tempo shifts both invite and pay off repeated listens. It’s a good thing, too, as each one of these 11 tracks rivals most anything on Occupanther. Ultimately, The Courage of Others will likely be passed over by most as the sullen counterpart of its predecessor, but it’s in every way its equal. 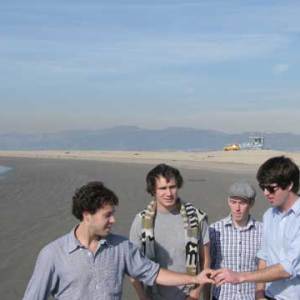