Angelina Jordan found her purpose in life early. 8-years-old early. Winning Norway’s Got Talent at that tender age only solidified what the headstrong young singer knew she wanted to do with her life. YouTube footage of her singing Whitney Houston’s I Will Always Love You at the age of one-and-a-half suggests her path has been clear right from the start. Now with her signing to Republic Records, the teen singer can fulfill the next chapter of her destiny.

“Even being so young, I’ve always known what I wanted,” she tells American Songwriter. “I found my purpose, it is to be a musician.” The singer, who was born and raised in Oslo but is now based in Los Angeles, was just 7 when her audition for the 2014 season of Norway’s Got Talent went viral. Her version of Billie Holiday’s “Gloomy Sunday” captured over 300 million views, and set her on a path that’s changed her life. Even being eliminated from the American version of the reality show, in February this year, hasn’t stopped her star from rising.

After being courted by a number of record labels, Jordan signed with Republic, and has just released her debut single, “Million Miles.” “From the very beginning of my career, I had offers to be signed, but my family and I wanted to wait and develop my talent for the right time,” she says, revealing a patience that belies her youth. “I knew at a very early age that in order for me to accomplish bigger things in my life, I had to wait in order to make sure I created something meaningful. I chose Republic because I feel I have a long career with them. When I was finishing the song in the studio, one of the producers played the song for [founder and CEO] Monte Lipman. He wanted to sign me to Republic, to give me the opportunity to share my love, my music. I believe at that moment Republic saw my vision and understood me.”

Following her stint on Got Talent, Jordan has shared a number of cover versions of her favorite songs, so releasing a debut single all of her own is a momentous occasion. “Million Miles” is a piano ballad about losing love that showcases her beautiful range. “The song is really about everyone and reminding us that we are never alone because we as humans, our biggest fear as human beings are that we are very afraid of being alone or losing someone,” she says. Produced by Grammy-winning production duo Stargate (Beyoncé, Sam Smith, Rihanna), the track was written by Jordan herself.

“I have been writing a lot of songs, but I decided on this song because of a feeling it gave me. I’ve never felt that feeling before. When I write a song, it is mostly from my experiences. Music for me has always been my passion. It’s been clear to me what kind of music I want to make. With this song, when I created the melody and lyrics, it started out totally different than what it turned out to be. It felt like something was guiding me in the studio,” she says. “What is so special about working with such a producer as Stargate is that I feel so comfortable. They understand my music and from the moment I met them, we had that chemistry to make the songs. That’s the most important thing, I believe. It feels like something was guiding me to be able to write this song. I think everybody in the studio was aware that something magical was happening.”

Jordan felt that even while recording the song. “When I was in the booth, while I was singing, my tears were running,” she says. “To be honest, it was like a feeling of relief that all my feelings were written down and I felt relieved. “Million Miles” means a lot to me because it is relevant to these difficult times. I definitely want to share my love to everyone, and I hope that people can connect with it and relate to the story behind the song.”

As fans have come to know, Jordan likes to perform barefoot, in honor of a young girl she met when was 6 who didn’t have any shoes. Ever since the young singer gave that girl her shoes, she’s performed without wearing her own. She recorded “Million Miles” barefoot too. “I want to remind myself that there are less fortunate people around the world who need help,” she says. “It is a great reminder for me.”

Jordan credits her family with keeping her on solid footing, as her dreams unfold before her. “Something that has been truly important to me is that I have been following my heart and been loyal to my dream. It is important to me to be able to make good decisions. Every decision you make will navigate you in the direction you will go and achieve your dreams,” she says.

Her grandmother, Mery Zamani, an artist herself, has been a strong influence on her life. “She is my truly mentor,” says Jordan. Jordan published a book illustrated by her grandmother, when she was 9, and they create art together regularly. Her mom, who she says has always supported her dream, and her uncle, with her best interest at heart, are also there to advise her. “Without their guidance and the belief in knowing what I wanted, I would not have made it through some of the tougher times in my career so far,” she adds.

There’s one more person Jordan knows she has to thank for her career right now. “I have to say if it wasn’t for the unconditional love that came from Billie Holiday’s legendary music, there would not be Angelina Jordan today. I am very blessed today that her music found me very early,” she says.

Even with her own music now being released, Jordan still enjoys the covers she sings. “I do appreciate the love I get when I sing those legendary songs. It is harder to sing a cover than your own song because you are going to be compared to the original. It is a big responsibility to make sure you are placing the worth into it,” she says. “I have learned that we humans have unlimited ability, that we can do anything we want, just if we want to. I always keep that in my mind with cover songs or anything I do.” 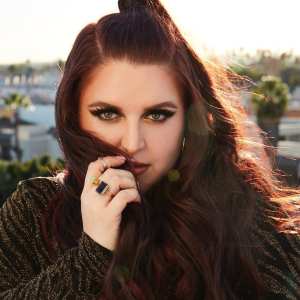 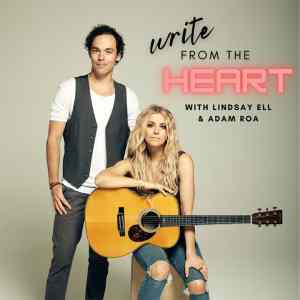